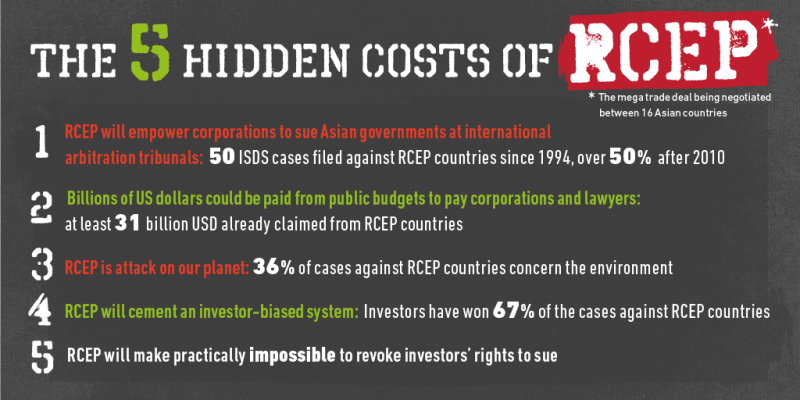 India is facing a severe employment crisis. It is estimated that given the number of youth entering the work force, the Indian economy needs to generate between 1.2 and 1.5 crore jobs every year. Research indicates that the economy creates less than 10% of this number each year. For example, according to the Government’s own data, in the first half of 2016, in employment intensive sectors such as textiles, leather, gems and jewellery, metals and automobiles only 1.68 lakh jobs were created.

But this is not a new trend. Even in the six year period when the Indian economy had its highest growth rates (2004-2010), only 2.7 crore jobs were created, a shortfall of 4.5 crore jobs. Not only are there no jobs, but most of it is informal, contractual and in the unorganised sector. According to official data, only 35% of the jobs created in the manufacturing sector between 1989 and 2010 were in the formal sector. This trend has worsened in the past seven years. Jobless growth, informalisation and the repression of workers and trade unions (such as in the recent Maruti Suzuki case) are the result and requirements of the intense competition brought by India’s steady integration into the global economy. In several sectors, India’s trade policy has contributed to this.

The entry of foreign products (manufacturing and agriculture), services and companies investing in India intensified since the country’s neo-liberal reforms of 1991. The impact of the World Trade Organisation (WTO) that India became a member of in 1995 and various FTAs that it signed later, further deepened the liberalisation of the economy. Since 2000, India has signed nine FTAs with countries such as Japan, Malaysia, Singapore, South Korea, Sri Lanka, and Thailand, as well as with the 10 countries of the Association of Southeast Asian Nations (ASEAN). All these FTAs were negotiated in secrecy with little discussion in the Parliament or involvement of State Governments.

Have the WTO and FTAs led to loss of jobs?

Yes, both the WTO and FTAs have contributed to destroying jobs and even entire sectors. For example: By 2005, India completely eliminated import duties on 200 computer and electronic products due to WTO commitments. This led to massive imports and the decimation of the indigenous hardware industry and a shift from manufacturing to merely assembling these products. In consequence, lakhs of jobs were lost. The subsequent job opportunities were mostly informal in nature for less skilled assembly operations.

In 2014-15, India’s steel imports increased by 71% due to reduced import duties as a result of the South Korea and Japan FTAs, leading to lower production and loss of jobs.

Yet, despite these negative trends, India is now negotiating a mega-regional FTA - the 16 nation Regional Comprehensive Economic Partnership (RCEP).

What is the RCEP? The RCEP is an FTA that aims to simultaneously pry open markets in 16 Asian countries; the 10 ASEAN countries (Brunei, Cambodia, Indonesia, Malaysia, Myanmar, Singapore, Thailand, Philippines, Laos and Vietnam) plus Australia, China, Japan, Korea, New Zealand and India. These countries account for 30% of global trade, and 50% of the world’s population. If it is signed, RCEP will create the world’s largest free trade area.

The RCEP is a broad agreement that covers many aspects of the economy, such as trade in agricultural products, industrial goods (including medicines), services, foreign investment, competition policy, intellectual property rules, and the digital economy amongst others. Despite 5 years of negotiations, there are still many areas of disagreement between the 16 countries involved. However, there is a concerted push to conclude the deal by 2017.

Why should Indian workers be worried about RCEP?

In order to protect domestic production from imports, countries use import duties. RCEP requires member countries to drastically reduce import duties to between 0 and 3%. Compared to other countries in RCEP, India has higher import duties, at an average of 10% for goods and 32.5% for agricultural products. This reduction of duties would also apply to India’s trade with China, as a member of RCEP. India has a large trade deficit (INR 3.45 lakh crores in 2015-16) with China, which will increase after RCEP. Companies producing steel and heavy machinery have already raised the concern that this would lead to displacing of local manufacturing by Chinese imports. Pressure on these sectors due to increased imports will lead to management decreasing wages, using contract work and retrenching workers. Sectors such as garment, ceramics and electronics will also face negative impacts due to cheaper Chinese imports. RCEP will allow e-commerce giants such as Alibaba to sell freely in the country, thereby threatening local products and job creation.

On the other hand, the Government is claiming that RCEP will bring gains in some sectors, but it will only be for a small creamy layer of professionals in the information technology (IT) sector. Ironically, IT companies are already retrenching jobs in India, such as Tata Consultancy Services’ retrenchment of several thousand workers in 2014 and the recent case of Cognizant Technology Solutions. Further, countries such as Australia and New Zealand have enacted policies that restrict visas for Indian IT professionals. China, Malaysia, Indonesia and Philippines are developing their own IT industries and will be reticent to open their markets for Indian professionals.

RCEP clauses will put limitations on the policies that governments can impose on foreign investors, including labour laws and wages. RCEP also includes a mechanism called the Investor-State Dispute Settlement Mechanism (ISDS) that allow foreign companies to challenge policies and judicial decisions in secret arbitration courts. In Egypt, the French company Veolia challenged the government for its decision to increase the minimum wage. The company used the Investment Treaty between France and Egypt to demand US$ 110 million in compensation from the Government. This means that foreign companies can challenge labour laws (such as the Minimum Wages Act or maternity benefit provisions) arguing that it increases their cost of operation and take the Government to the ISDS court where litigation itself is financially devastating.

The RCEP will also have adverse impacts on the price of medicines, on agricultural livelihoods, on the privatisation of essential services, on progressive industrial policy – by giving more power and rights to companies. The Modi government has aligned with big capital and the elite to weaken the trade union movement as the proposed labour law reforms demonstrates. The RCEP is but one more step in that direction.

How can we STOP RCEP?

The RCEP negotiations continue in secret, with the public and elected representatives kept in the dark. Trade Unions must unite to demand that the Modi Government be accountable to the people and for a due democratic process to be followed.

Raise your voice! India will host a round of negotiations at the end of July (tentatively 24-28 July) in Hyderabad, Telangana. Trade Unions, farmers groups, health activists, and other people’s movements are planning to organise a series of events in Hyderabad to put pressure on the Government of India to withdraw from the RCEP negotiations.

Express your solidarity, share this pamphlet and tell others why workers should REJECT RCEP!

Issued by Forum against FTAs