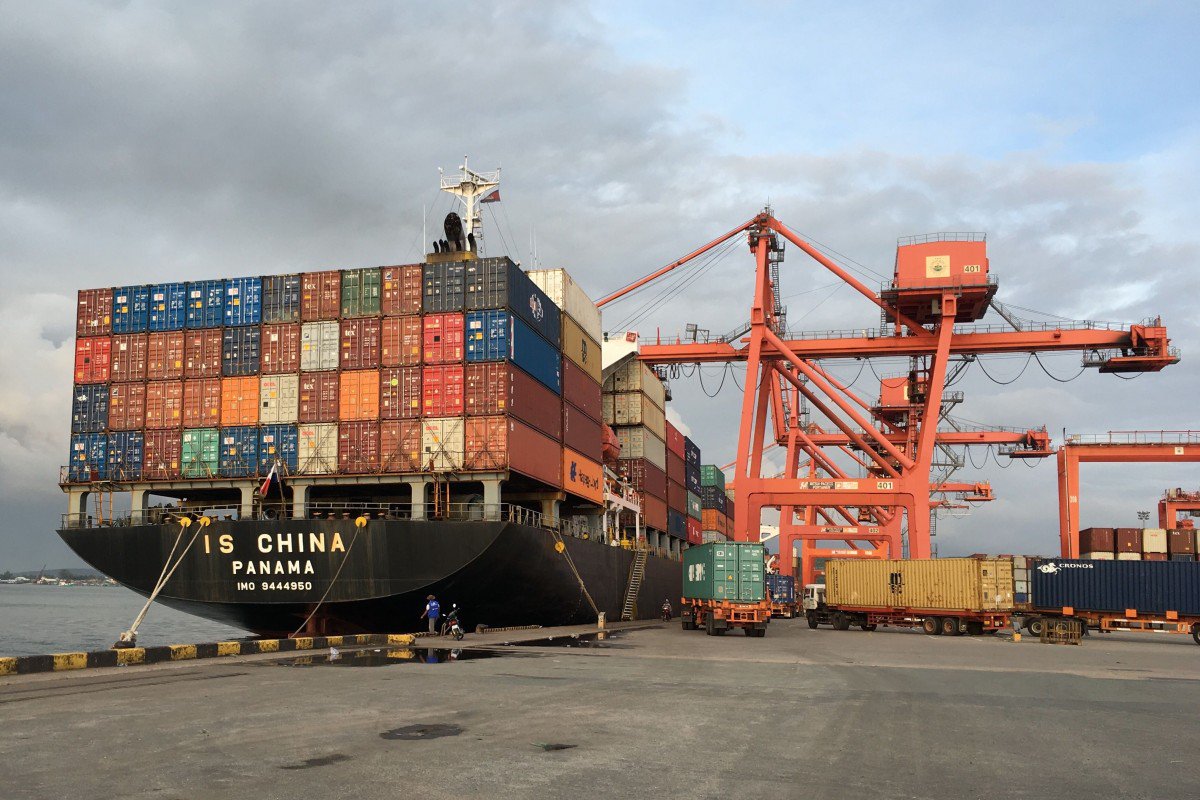 Cambodia’s bid to offset the partial loss of a European Union preferential trade scheme by pursuing a free trade agreement (FTA) with China will leave the country poorer and beholden to Beijing, unions and analysts said Thursday, ahead of an expected signing of the deal next month.

On Monday, Cambodia and China announced the end of trade agreement negotiations between Cambodian Commerce Minister Pan Sorasak and Chinese counterpart Zhong Shan with a deal they said will bolster ties between the two nations and benefit them both.

In a statement posted to Facebook, Cambodia’s Ministry of Commerce hailed the agreement as “reflective of the long-lasting relationship and collaboration between the two countries,” and said it would “provide economic and social benefits” for both sides.

The Chinese Ministry of Commerce called reaching the agreement “an implementation of the two countries’ leaders’ instructions and a specific measure for developing a comprehensive strategic partnership and promoting the joint establishment of a community forged by a shared future,” China’s official Global Times newspaper reported, citing a press release.

While the details of Cambodia’s first FTA with a foreign nation have not been made public, it is expected to focus on boosting agricultural exports, including rice and mangoes, to China, based on recent comments by ruling Cambodian People’s Party (CPP) spokesperson Phay Siphan.

Wang said the agreement would create a more stabilized supply and industrial chain that would help weather crises like the coronavirus pandemic.

The $1.3 trillion BRI is Chinese President Xi Jinping’s signature geopolitical policy, which features major investments to build infrastructure supporting trade between China and countries across Asia, Europe and Africa. It has been dogged by controversy after countries in Asia and Africa piled up unsustainable debts.

Cambodia’s pro-government Fresh News outlet cited Deputy Prime Minister Hor Namhong, who also took part in negotiations, as saying Prime Minister Hun Sen will travel to Beijing to sign the agreement with his counterpart Li Keqiang “no later than” Aug. 12—the same day the EU is expected to suspend trade preferences for the Southeast Asian nation.

The EU in mid-February announced plans to suspend tariff-free access to its market under the “Everything But Arms” (EBA) scheme for around one-fifth of Cambodia’s exports, citing rollbacks on democracy and human rights—a move that would reinstate tariffs on garments and footwear beginning Aug. 12, unless it is overturned by the bloc’s governments or its parliament.

The decision will result in a loss of around U.S. $1.1 billion of the country’s annual U.S. $5.8 billion in exports to the EU, some 75 percent of which are made up of clothing and textiles—a crucial industry in Cambodia that employs one million people.

Hun Sen has shrugged off the move, but unions have warned that the reinstatement of tariffs on Cambodian exports to the EU could leave 80,000 workers from more than 1,000 garment factories in Cambodia jobless if buyers from the bloc stop placing orders because of increased costs.

Cambodian Ministry of Commerce spokesman Seang Thai recently said that Cambodia expects to increase its exports by 25 percent through the FTA, which he claimed is “not meant to substitute for the EBA,” but to bring additional benefits to the country.

However, on Thursday, unions and analysts suggested the deal amounted to a “swap,” and one which heavily favored China.

“Cambodia has apparently abandoned the U.S. and EU in embracing an unproven market to export its products—it’s not a smart move,” he said.

“The U.S. and European markets are still important because they import the most and at good prices.”

He said that if the EBA is withdrawn, Cambodia will lose a massive market in the EU and the cost to the country’s economy will be devastating.

Economic analyst Nget Chou said any FTA would provide more benefits to China because of an existing trade imbalance and that Cambodia will end up losing substantial tax revenue through such a deal. According to official statistics, bilateral trade between China and Cambodia over the past two years has amounted to more than U.S. $7 billion, of which Cambodian exports accounted for only around U.S. $900 million.

Nget Chou suggested that the government not rush to sign a trade agreement with China and instead work with the EU to maintain full EBA status, citing the bloc’s larger market.

“We have a trade deficit [with China], so we should maintain the status quo and establish a national strategy to build a strong economy first,” he said.

The EU launched the process to strip Cambodia of its preferential trade terms following the arrest of opposition Cambodia National Rescue Party (CNRP) President Kem Sokha in September 2017 and the Supreme Court’s decision to ban his party for its role in an alleged plot to topple the government two months later.

The ban, along with a wider crackdown on NGOs and the independent media, paved the way for Hun Sen’s CPP to win all 125 seats in parliament in the country’s July 2018 general election.

Hun Sen has said that EU demands to maintain the EBA, which include dropping charges of treason against Kem Soka and reinstating the CNRP, are unreasonable and an encroachment on Cambodia’s internal affairs.

China has stepped in to wield significant influence in Cambodia as relations between Phnom Penh and Western governments have waned amid concerns over the country’s human rights situation and political environment.

Chinese investment has flowed into Cambodia in recent years, but Cambodians regularly chafe at what they call unscrupulous business practices and unbecoming behavior by Chinese businessmen and residents.

Analyst Kim Sok said Thursday that while officials claim that the FTA is necessary to help Cambodia’s fragile economy, the same is true of the EBA, and it should not be abandoned.

But he expressed doubt that Hun Sen would ever agree with the EU’s calls for Cambodia to restore democratic protections because the conditions would effectively “kill Hun Sen’s power.” Hun Sen, who turns 68 next month, has ruled Cambodia since 1985.