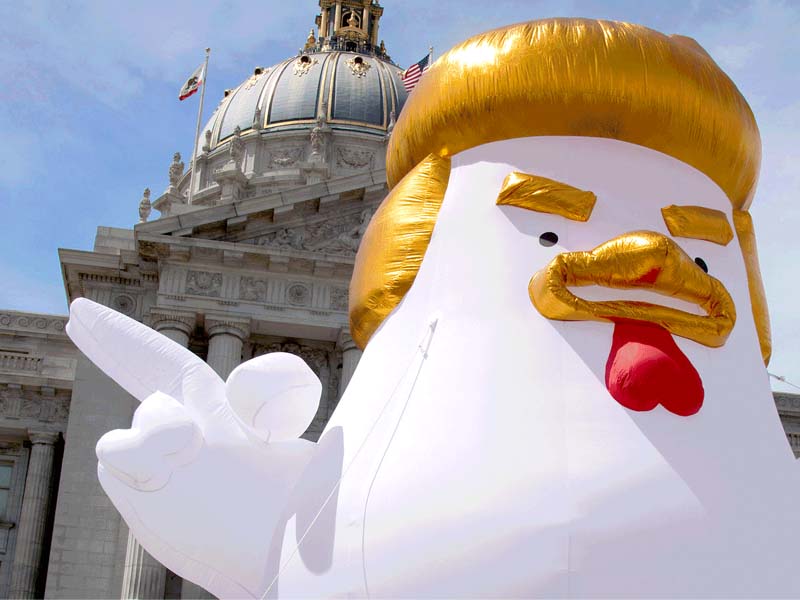 The government is set to open British markets to food produced to lower US welfare standards as part of its planned trade deal with Donald Trump.

Downing Street on Thursday refused to stand by an earlier pledge to keep so-called “chlorinated chicken” off UK shelves, in the first sign of the government folding under pressure from American trade negotiators.

Ministers are reportedly considering letting in products like chlorinated chicken and hormone-fed beef into British supermarkets, but applying tariffs to them to protect UK-based farmers from competition.

The move would represent a significant loosening of the current situation where complying with high European welfare and sanitary standards for food are a requirement across a wide range of foods.

But under the so-called “dual tariff” system being looked at, American agribusiness would be allowed to sell goods in the UK even if they were not complying with the same production standards as British farmers – as long as they pay a tariff.

Some ministers, such as right-winger Liz Truss, want to go further, the Daily Telegraph reports – and gradually reduce these tariffs to zero over 10 years, giving farmers time to adjust to the new normal.

But it is understood that the dual-tariff system is now being favoured by ministers, a move the National Farmers’ Union described as a “step forward” compared to the more radical proposals.

A government source told the newspaper that a dual-tariff approach would give UK producers a “competitive advantage” over the US.

Back in 2017 Michael Gove said there would be no such products allowed into British supermarkets, and as recently as January Theresa Villiers, the environment secretary, told farmers: “We will not be importing chlorinated chicken”.

But since the opening of preliminary talks, ministers have significantly softened their line as the importance of the issue for US negotiations has become more clear.

At the end of January, Mike Pompeo, the US secretary of state, said the issue was important to US interests.

“We need to be open and honest about competitiveness. We need to make sure we don’t use food safety as a ruse to try and protect a particular industry,” he said.

Speaking in February this year, the new environment secretary George Eustice would say only that the UK had “no plans” to change a ban but would not make further commitments on the issue.

Other ministers have claimed that chlorinated chicken is not a problem and that they would go as far as eating it.

An inquiry by MPs into a possible trade deal was told by experts that the US “has almost no regulations” when it comes to sanitation and food and that allowing competition from US foods would make it “almost impossible for the UK to ever have good new welfare laws”.

NGOs pointed to the chlorine washing of chicken by US farmers as an alternative to keeping facilities clean, the use of growth hormone in animal feed, and the use of 82 different pesticides that are banned in the EU and UK.

The National Farmers’ Union told the same inquiry that “UK producers are happy producing to the high standards they currently produce to and would like to continue to do that”.

The organisation says trade agreements shouldn’t allow the import of food that would be illegal to produce in the UK and that it wants an independent commission set up to review trade agreements.

Asked whether the promise to keep chlorinated chicken off UK plates remained, the prime minister’s official spokesperson would only say: “The position is that the UK will decide how we set and maintain our own standards and regulations and we have been clear that we will not compromise on our high standards of food safety and animal welfare.

“The UK’s food regulators will continue to provide independent advice to ensure that all food imports comply with those high safety standards.”

A government spokesperson said: “The UK is renowned for its high environmental, food safety and animal welfare standards. We have been clear that in all of our trade negotiations – including with the US in our first round of negotiations – that we will not undermine our high domestic environmental protection, animal welfare and food safety standards by ensuring in any agreement British farmers are always able to compete.”