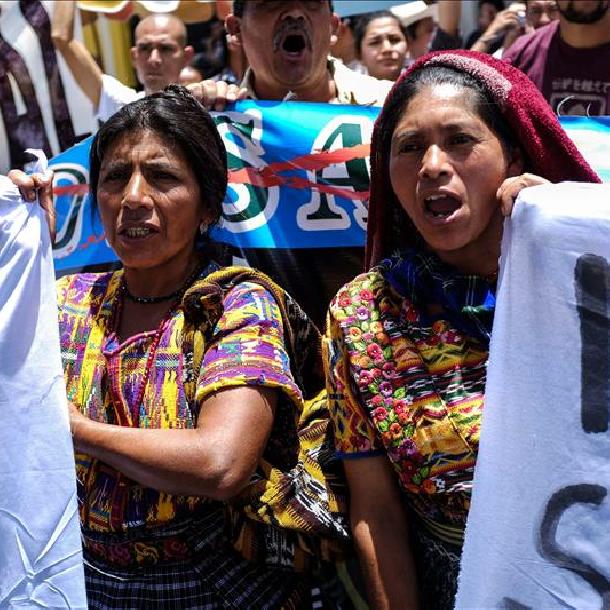 (Translated from Spanish by bilaterals.org)

Guatemala, 4 September — The Congress of Guatemala today repealed the controversial "Monsanto Law" which was signed last June to legalise property rights on plant seeds, according to a parliamentarian source.

The Plant Variety Protection Law was repealed in Parliament this Thursday "as a national urgency" with 117 of the 158 deputies present in plenary, according to information from the Congress.

The repeal of this law comes on the heels of a decision taken on 29 August by the Constitutional Court to suspend the law based on demands from different farmers’ organisations.

Other social groups have also produced an outpouring of criticism and demonstrations to denounce the law, which was signed last 26 June and was supposed to come into effect this coming 26 September.

The law would establish and protect intellectual property over new plant varieties in Guatemala, according to its first article.

According to social organisations opposed to the law, the decree got the green light from Parliament last June with 81 votes in favour, just one vote more than necessary to be ratified, without any consultation or debate and taking advantage of the country being distracted by the 2014 World Cup in Brazil.

The law would have made it possible for a breeder to patent any plant variety was that genetically modified by artificial selection, cross breeding or genetic alteration for a duration of 25 years for trees and vines or 20 year for all other crops.

People or entities who produce material of protected varieties without authorisation would be punished with one to four years of imprisonment and a fine of 1,000 to 10,000 quetzales (USD$130 to US$1,300), under article 50 of the legislation.

The approval of this law was one of the obligations that Guatemala accepted when it signed, in 2005, the free trade agreement between the United States, the Dominican Republic and Central America.

Local media and social organisations call it the "Monsanto Law", referring to the transnational company Monsanto which produces new genetically modified crops, because they believe Monsanto would get exclusive property rights to local varieties under this law.