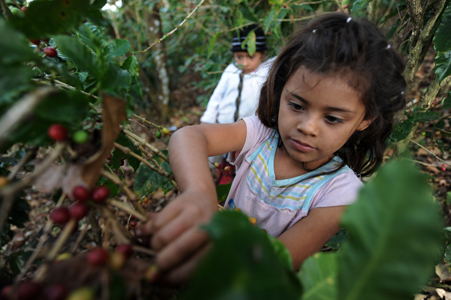 This week, the governments of Honduras and the United States signed an action plan to begin addressing the widespread failure to enforce labor laws in Honduras. While this is a small step in the right direction, the Honduran government has not fully considered or included workers’ recommendations regarding this Monitoring and Action Plan. The Honduran government, employers and unions have reached consensus on some points, but major issues remain unresolved. The action plan should not have been signed until the parties reached agreement on the draft inspection law that is central to the viability of the action plan.

The plan also stops short of calling for stronger enforcement action should Honduras continue to fail. It is far too early for congratulations. Through such delayed and partial actions, the U.S. government has not acted effectively to defend workers’ rights in Honduras and with other trading partners.

Bilateral collaboration is welcome, but any serious effort to protect workers’ rights must recognize that well-documented violations continue, those responsible have not been held accountable and workers still suffer daily violations. In March 2012, Honduran unions and the AFL-CIO documented that failure in a complaint for Honduras’ failure to comply with the Central America Free Trade Agreement-Dominican Republic trade agreement. After delaying for nearly three years, the U.S. government issued a public report recognizing the problems identified by workers in the complaint. Most of the specific violations in that complaint, including failure to inspect workplaces, child labor, wage theft and attacks on freedom of association, continue unabated until today.

The MAP is not an achievement in and of itself. An achievement worth congratulating would be seeing Honduran workers freely exercise the rights to organize and collectively bargain, work in safe conditions and be free from wage theft and child labor. What labor complaints seek is not “dispute settlement” but freedom and rights for workers. CAFTA has not yet achieved this in Honduras. The job of protecting and advancing the rights of Honduran workers is not done; it is just beginning. We look forward to working with our partners in Honduras and with the governments of both the United States and Honduras to make the promises made in this plan a reality.

Meanwhile, as the United States promotes the Trans-Pacific Partnership as the “most progressive trade agreement ever,” workers in all countries involved and members of the U.S. Congress must understand that the TPP proposes the same slow, ineffective and broken system to protect workers’ rights. For this, and many other reasons, the TPP should be stopped.