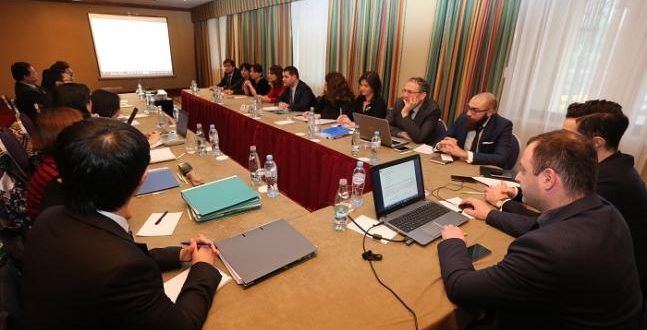 Hong Kong and Georgia signed a Free Trade Agreement (FTA) on Thursday, which will not only bring to HK traders and businessmen legal certainty and better market access to the Georgian market, but also enhance the trade and investment flows between the two economies.

Secretary for Commerce and Economic Development Edward Yau and Deputy Minister of Economy and Sustainable Development of Georgia Genadi Arveladze signed the FTA at a ceremony in the Belt and Road Summit that was held on Thursday in Hong Kong.

“The FTA is comprehensive in scope, encompassing trade in goods, trade in services, investment, dispute settlement mechanism and other related areas. It will provide a platform for both parties to take their bilateral economic and trade relations to a new level, while offering ample opportunities for Hong Kong businessmen to tap the Georgian market and the Caucasus covered under the Belt and Road Initiative," Yau said.

"The expansion of our FTA network into the Eurasia region will further strengthen Hong Kong’s role as an international trade, commerce and financial hub, and a gateway between the mainland and our overseas trading partners," he said.

On trade in goods, Georgia will eliminate import tariffs on 96.6 per cent of its tariff lines for Hong Kong’s originating products upon the entry into force of the FTA, according to the FTA.

The FTA also contains provisions to ensure effective protection of intellectual property rights, promote competition, and enhance protection of the environment. The two sides have also agreed to establish a transparent mechanism for consultations and settlement of possible disputes arising under the FTA.

The FTA will become effective after completion of the necessary procedures.