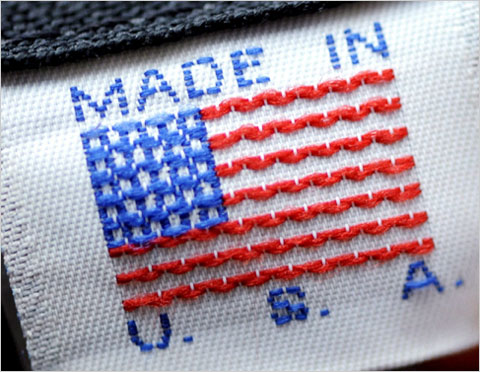 How Buy American is jeopardizing TTIP

Brexit and the efforts of the EU to hurry the country out as seamlessly as possible while making an example out of it, have stolen the spotlight in the media. As we approach the 14th round of Transatlantic Trade Investment Partnership (TTIP) negotiations in Brussels from July 11th-15th, the agreement is being undermined by alarming declarations by EU representatives.

Specifically, the French Minister of State for Foreign Trade, Matthias Fekl, declared last week that there is no chance for an agreement between Europe and the U.S on TTIP by the end of the Obama administration. Carlo Calenda, the Italian minister for Economic Development also talked about the possibility of failed negotiations citing a lack of trust about internationalization.

Ever since Greenpeace leaked America’s TTIP proposals, it became clear that two areas of interest – agriculture and public procurement contracts – were delaying talks. However, it appears that is not GMOs that are fatally jeopardizing negotiations, but rather the public procurement issue. According to 2013 OECD figures, the U.S and EU procurement markets account for 13% and 17% of GDP respectively, which makes accessing these markets a desirable outcome for both parties involved.

The EU expects to obtain, in reciprocity based negotiations, universal access to U.S public procurement at the sub-federal level, and a harmonization of related procedures across America. The negotiations have hit, on the U.S side, a brick wall called: “Buy American,” a complex web of acts and amendments that cannot easily be bypassed, and definitely not by the end of the year as previously forecast.

The first Buy American Act was passed in 1933 by the Hoover administration, giving precedence to American made products in public purchasing in an effort to fight the Great Depression. According to the act, all goods for public use must be produced in the U.S, and manufactured items must be built in the U.S from at least 50% American materials. These provisions were also expanded to the defense industry with the so-called Berry Amendment.

Later, in 1964, Buy America was created for Federal Transit Administration programs and applies the same principles to transit-related procurements funded with federal grants. Buy American requires 100% U.S content for iron/steel and manufactured products. Other components must have 60% U.S content, with final assembly occurring in the U.S.

The 2009 Stimulus Plan – or Section 1604 of the American Recovery and Reinvestment Act (ARRA), also dubbed Buy American – supersedes the above mentioned acts. This latest act applies to all ARRA funded public buildings and works projects, which includes federal, state and local projects. It also requires that infrastructure projects involving construction, alteration, maintenance, or repair of public works must use 100% U.S produced iron, steel and manufactured goods. There is no surprise that the U.S refurbished a Great Depression act in its attempt to fight the financial crisis by boosting local production and employment. U.S procurement a confusing web

The President can waive all Buy American requirements in trade agreements where the U.S is seeking reciprocal, non-discrimination in government procurement. This is the case in the World Trade Organization Agreement on Government Procurement (WTO GPA), several Free Trade Agreements (FTA), and in deals with states designated with least developed nation status.

The WTO GPA includes around 40 signatory countries, 37 U.S states, and all EU members. Among those excluded are: China, India, Vietnam, Malaysia, Russia, Australia, and Mexico. As the Trans-Pacific Partnership (TTP) includes some of these countries, the main absentees remain China, India, Brazil and Russia.

Taken as such, public procurement would never constitute a problem under any FTA. The major obstacle to TTIP comes from the duality of federal vs. sub-federal governments. While the federal government acts under the rules of the WTO GPA, and to some extent 37 U.S states do as well; cities and municipalities are not bound by said rules. Furthermore, procurement procedures vary from state to state and from city to city, making it incredibly murky for the EU suppliers used to relatively harmonized procedures.

In the U.S, roughly 65% of procurement is conducted at the state/municipality level, compared to around 35% in the EU. Moreover, procurement procedures in the U.S give priority to minority owned companies, and procurements under $150,000 to small and medium sized companies.

In 2014, the EU and Canada ended negotiations on the Comprehensive Economic and Trade Agreement (CETA). The negotiations encountered a very similar deadlock due to public procurement at sub-federal level in Canada. However, in this case, Canada agreed in the end to include the Provinces and Territories in the negotiations and opened them up to EU suppliers with very few caveats.

The direct solution to the deadlock is, inevitably, for the EU to convince Congress to remove Buy American provisions or bring the states to the negotiating table, both of which seem unlikely. This remains a negotiation and everything is still on the table: the U.S will have to make significant concessions on other (equally if not more important) issues.

Lastly, taking the negotiations beyond 2016 into consideration puts a big question mark on the TTIP. The coming years are years of great change. France, Germany and Italy are facing elections and, chances are, no candidate will get elected on a pro-TTIP agenda. A new president of the European Parliament will be elected in 2018 and a new President of the European Commission appointed in 2019. This takes the TTIP timeline to 2020.