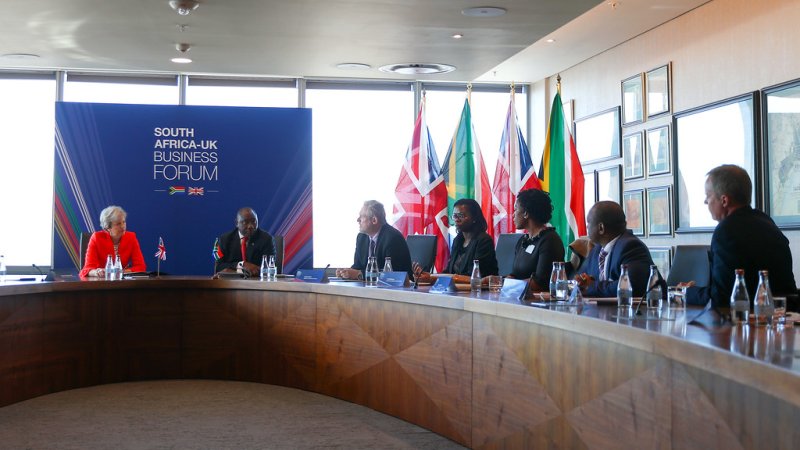 The status of Britain’s relationship with the European Union following the end of the transition period on 31 December 2020 remains uncertain. This uncertainty extends to the political, economic and trading relationships that the UK will have with non-EU countries from 1 January 2021, including in Africa. However, one thing is certain – change is coming.

Unless a comprehensive trade deal is struck at the last minute, the UK will cease to trade with African countries under the terms of the existing arrangements in place between them and the EU and will revert to trading on WTO terms. For some African countries, agreement has been reached to "roll over" the terms of existing EU agreements such that they apply on a bilateral basis with the UK (see below). For others, the terms on which they will trade with the UK in the long term remains to be finalised.

Whilst this uncertainty on trading terms in the short term is likely to have an overall negative effect on trade between the UK and many African countries, some commentators believe that Brexit will provide opportunities for the UK and some countries to trade more of certain goods and services in the medium term, and also enable more focussed and deeper trade agreements and foreign direct investment in the long term.

There are also big question marks over aid and how the UK will allocate its now shrunken aid budget post-Brexit.

The UK has made some progress in 2020 in concluding a series of trade agreements with countries across the continent that replicate existing agreements between these trading blocs and the EU directly with the UK, enabling the continuation of trade between the UK and such countries on the same terms post-Brexit. These existing agreements are known as "Economic Partnership Agreements" and are currently in place between the EU and 14 African countries. EPA partners in Africa do not pay any tariffs or duties on any off their exports to the EU and are required to open their markets only partially to the EU (c80%) and benefit from long transition periods for doing so. The UK has concluded negotiation for "rolling over" of EPAs, with the following blocs:

The entry into these agreements is clearly a positive step for the UK and these respective African countries, mitigating the potential risks of Brexit from a trade perspective. However, clearly there are significant countries with which the UK has not been able to agree trade deals yet – in particular the larger economies of Nigeria in West Africa and Egypt in North Africa. With respect to Egypt, for whom the UK is the largest single overseas investor (according to UK government figures), the UK’s trade envoy to Egypt has announced that a bilateral trade deal will be in place by 31 December 2020. For Nigeria, a deal seems further away, but will be crucial for both sides in order to maintain and grow the existing trade in goods and services between the two countries (total trade in goods and services between the UK and Nigeria were valued at £5.1bn during 2019).

Longer term, it is hoped that, following Brexit, the UK may be able to negotiate more tailored trade agreements with individual African nations or trading blocs, which are better adapted to the requirements of the UK economy and those of its trading partners in Africa.

With the shock of the Covid-19 pandemic and low commodity prices in 2020 (especially oil), the United Nations Conference on Trade and Development reported in June that FDI into Africa is expected to contract between 25% and 45% in 2020. However, the UN report highlighted two factors in the short term that may aid with the recovery of these FDI flows. The first is the increasing value being placed by foreign investors on investments in infrastructure, natural resources and industrial development in Africa. The second is the establishment of the African Continental Free Trade Area, which, whilst in its infancy, will help to deepen economic integration across the continent and make Africa a more appealing destination for foreign investment.

From the UK perspective, whilst the economic challenges posed by the ongoing pandemic and Brexit may lead to limited FDI outflows from the UK into Africa in the short term, some commentators believe that post-Brexit the UK and British companies will begin to look for more investment opportunities outside of the EU, and Africa may be a key beneficiary of such investment flows in the longer term.

In addition to uncertainty on trade and FDI, it is unclear how the UK’s commitment to aid in Africa will develop after Brexit.

The knock to the UK economy caused by the pandemic has had a direct impact on the UK’s aid budget, as announced by the Chancellor of the Exchequer in the November 2020 Spending Review. Under the review, the UK’s overseas aid budget will be cut from 0.7% to 0.5% of national income in 2021 (i.e. from c£14bn to c£10bn).

The decision to cut its aid budget has been heavily criticised by politicians, charities, and aid organisations, particularly in light of the rising needs of developing countries as a result of the pandemic. Indeed, the UK’s Minister for Overseas Territories and Sustainable Development, Baroness Sugg, resigned over the decision. This significant cut in outbound aid will add to uncertainty in Africa over the UK’s broader commitment to aid and development on the continent. Given the likely economic impact of Brexit in the short-term, it is possible that these cuts will not be reversed – indeed many politicians fear that the cuts will become permanent.

As the end of the UK-EU transition period looms, the future trading relationship between the UK and Africa remains uncertain. The political uncertainty caused by Brexit is exacerbated by the economic impact of Covid-19, and Brexit itself, on the UK economy. This economic impact will in turn have a significant impact on trade, investment and aid relations between the UK and the EU for years to come.

However, in the longer term, Brexit may provide opportunities for the UK to develop new and improved relationships with African nations by using its historic relationships and its new position as a stand-alone political player in Africa after Brexit.