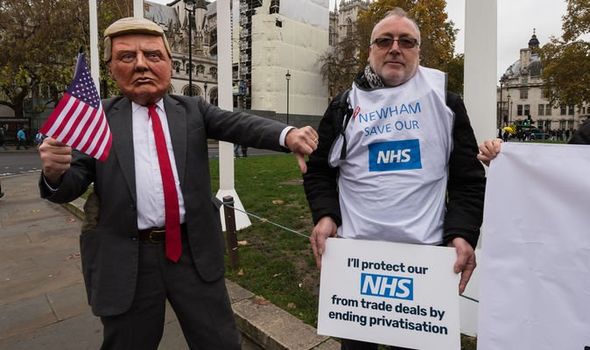 A US-UK trade deal is being negotiated, and drug prices are a key issue. Several US officials are demanding that foreign countries pay higher prices to US drug companies. The UK government is denying that drug prices will be included. But the UK is the weaker partner in this trade deal and might have to decide between accepting higher drug prices or risk not signing a new US trade deal at all.

US drug companies are seeking “full market access” to the UK and to have “competitive pricing”. In reality, this means that US companies would expect the NHS to treat all eligible patients with their new drugs, at prices set within free-market conditions. At the moment, NHS drug prices are controlled by the National Institute for Health and Care Excellence (Nice), which evaluates their value for money. Under new trading conditions of “competitive pricing”, a US-UK trade agreement could stop Nice from setting prices based on value.

NHS budgets are fixed and extra money spent on overly expensive drugs will take away funding for more NHS nurses and doctors in frontline services. Also, if the UK agreed to these conditions with the US and changed national laws, the NHS would have to accept the same conditions in new trade deals with other countries – as stipulated by World Trade Organisation rules. So the prices of drugs imported from other countries could rise as well.

Twenty years ago, drug prices in the US and UK were similar, but in 2003 a law was passed in the US (Medicare Part B legislation) that prevented the main US health authorities from negotiating prices. Since then, the prices of drugs have risen far more in the US than the UK.

Currently, the average spending on drugs in the US is 2.5 times higher than in the UK. If the UK had to pay US prices for all drugs (the worst case scenario), the additional cost would be £27 billion a year. That’s £519 million extra a week.

The US prices of the top 20 drugs (by NHS spend) are 4.4 times higher than the UK. Looking only at the top 20 drugs, the additional spending would be £11.7 billion a year (£215 million a week). There will be many other drugs outside this top 20 that would raise this burden even higher.

Other US trade deals include “investor state dispute settlements”, which allow US companies to take legal action to enforce trading conditions. If the UK signed this type of trade deal, US drug companies could then take the NHS to court to enforce higher drug prices. Even the threat of legal action could make the NHS hesitate before challenging high prices for a new drug. One US drug company – Eli Lilly – has already taken the Canadian government to court over drug patents.

The UK has the “voluntary price access scheme” or VPAS, which sets a limit on annual NHS drug spending. Companies in the VPAS have to refund any excess sales over this limit. But the NHS Confederation, a membership body for organisations that commission and provide NHS services, warns that US drug companies could take legal action against the NHS to cancel VPAS if a US-UK trade deal was signed because, again, the scheme would prevent “full market access” and “competitive pricing”.

There are two solutions to this impending problem, which most political parties could agree to if they are truly committed to protecting the NHS.

First, pass a parliamentary bill that prevents trade deals with other countries from damaging NHS drug prices. This bill would enforce the exclusion of any conditions in new trade agreements that undermine the role of Nice, extend drug patents or allow other countries to take legal action against the NHS.

Second, request a written, legally binding, commitment from the US Board of Trade that negotiations on drug pricing will not include any reference to either “full market access”, “competitive pricing” or extending patents. The continued role of Nice controlling NHS drug prices needs to be guaranteed in this legal commitment from the US.