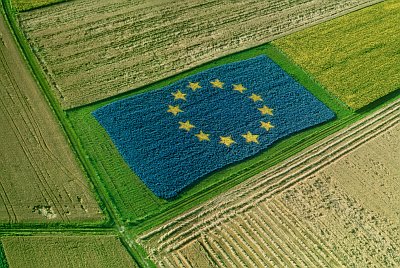 The factors that shape EU trade policy are many. But among those that shape most actual and current negotiation dynamics in the EU Japan FTA negotiations, which started in 2013, a few months before the transatlantic TTIP talks, two stand out : United States free trade agreements and the EU agriculture sector.

The EU generally tends to come second after the US in the global race for and domino game of bilateral free trade agreements.

Over the last two to decades, where the US has set foot to open free trade agreement negotiations, the EU followed soon. This was the case with most FTAs signed by the EU in Latin America and in Asia so far. The EU Mexico FTA EU Chile FTAs of the early 2000s followed on US deals. Several years later, the EU FTAs with Peru and Colombia and the 2013 deal with Central America followed a similar pattern.

The reasons for the EU following into US footsteps are the following. Of course US firms are competitors on global markets, and businesses fear trade diversion to their detriment. But also, the moment these countries conclude a deal with the United States, they are in a liberalising dynamic that favours launching and concluding a deal with the EU, which is after all the biggest trading entity in the world and generally any country’s first, second or third trading partner.

Note that in cases in which the EU launched FTAs without the US doing a deal with the country, so far, talks have gone very wrong : EU Mercosur, EU India (though there is movement on this front).

Since the EU Japan FTA agreement negotiations were launched more than three years ago, the tables have turned : while at the beginning it was Japan that was demandeur of an FTA – it wanted to level the playing field with Korea after the EU Korea FTA was signed. Its car and electronics sector in particular felt penalised by the elimination of tariffs on Korean products, while Japanese exports continued to pay the MFN rate of 8-10 percent. Then the Shinzo Abe government was ushered in an decided to join TPP in the summer 2013. Since then Tokyo has prioritised getting that deal done. The EU has, since 2014/15 met with some degree of passivity on the part of Japan. Responding to market access demands made on Japan in TPP and in EU Japan is extremely difficult for Japanese domestic politics. Tokyo has thus chosen to expend domestic political capital – facing up to domestic agricultural interests in particular – on sealing, and ratifying its deal with the US.

TTIP : a double-edged sword for the EU Japan FTA

It is often said that it is the TPP that prompted the EU to decide to agree on TTIP. It probably is Japan’s decision to join that prompted the final TTIP decision, not TPP per se. The initial smaller version of TPP appeared less threatening to EU interests. And it is indeed is with Japan joining the group that the full systemic, geostrategic dimension of TPP emerged.

Contrary to Japan, the fact that the EU is negotiating with two giant trade partners – the US and Japan – simultaneously, is not in itself an obstacle to technically moving forward on EU Japan. The EU has enough ‘bureaucratic’ capacity to do so.

In many ways, the fact that TTIP – and now China – are captivating the minds of politicians, the European Parliament and the general public, EU Japan is blessed by the fact that it is being negotiated more quietly, in an environment more amenable to constructive, politicised talks. Japan is simply politically a less contentious partner in EU trade policy.

But the EU Japan FTA is nonetheless subject to new challenges and pressures because of TTIP. The EU has been trying at all costs to set precedents with other trade partners in other FTAs to present to Washington on issues it knows negotiations over which will be particularly difficult. This is the case in government procurement (CETA with Canada, Vietnam both deals signed but not yet ratified), Geographical Indications, and the new investment court and lower investment protection standards. The EU is trying to do the same with EU Japan. For Japan too, the core tenet of TTIP – regulatory cooperation – has come onto its wish list with the EU.

As a result, EU Japan, which was conceived primarily as a deal to tackle auto tariffs for Japanese and some ingrained Japanese non tariff barriers for industrial EU exporters, is now morphing into something new.

A final factor that has come to complicate EU Japan FTAs is the increasingly offensive interests of the EU’s agrifood sector. The last reform the CAP, which introduced more market-based rules and somewhat trimmed subsidies is substantially transforming the way the agrifood sector and the governments that defend them see trade policy. The EU is increasingly turning from a defensive power in international agriculture trade to an offensive one that seeks to open market abroad. The biggest symbol of the EU’s shift is the fact that ahead of the last WTO ministerial in Nairobi in December 2015, when Brussels joined hands with its former arch-enemies in the world trade body on agricultural subsidies – Brazil and Australia to demand – and obtain – the end of farm export subsidies.

The EU has also become the world’s biggest agricultural product exporter. The crisis in China has not stopped EU food exports from growing there to the contrary. Growth zones for exports are currently also the US, or sub-Saharan Africa (yes, the Nigerians bought the mackerel the Russians didn’t want), and of course Asia/South East Asia. The agrifood sector sees significant potential in the notoriously difficult Japanese market.

Add to that the current price crisis in key agricultural sectors like dairy or meat prompted by a variety of factors – low domestic demand, the 2014 Russian embargo, changing consumer habits, the very effects of the end of the milk quotas – and so you see political leaders wanting to find outlets for their angry farmers. This explains the EU’s recent insistence on the liberalisation of these markets in the EU Japan FTA.

TPP and broader regional integration in Asia is also increasingly driving the interests of EU agriculture and food producers. European wine and dairy producers are among the few sectors that could directly be harmed by better market conditions for say, the Chileans or the New Zealanders or the Australians in the Japanese, Vietnamese and US markets as a result of TPP.

To conclude : the EU Japan FTA is currently suffering from the fact that external factors – TTIP, TPP, domestic politics, are morphing the deal into something bigger than both sides intended to. It does not seem likely as things stand today that Brussels or Tokyo would go that far as to drop the talks altogether. However, 2016, is not shaping up to be a good year for a conclusion of the deal, despite political statements from both sides that they hope to do so. But then 2016 could be a good moment for both sides to decide what final scope they want to give to their trade pact.