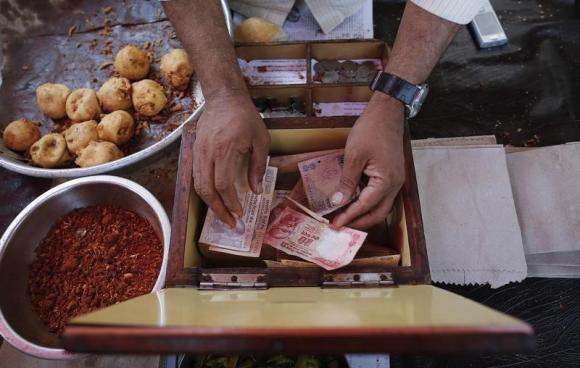 India could learn from the other Brics countries about how to attract and protect foreign investment in a way that is politically acceptable at home.

India and bilateral investment treaties – are they worth it?

By Kavaljit Singh of Madhyam

President Barack Obama’s upcoming visit to India is likely to kick-start stalled negotiations on a bilateral investment treaty (BIT) between the US and India that has been under sporadic discussion since 2008, aimed at facilitating greater cross-border investment flows.

Negotiations will resume based on model treaty texts prepared by each side. In April 2012, the US released a new version of its model BIT. New Delhi launched a review of its investment treaties in mid-2012 in the wake of public outcry over arbitration notices served by 17 foreign companies (including Vodafone and Sistema) challenging various policy measures and demanding billions of dollars in compensation for the alleged violation of India’s BITs.

The review was meant to revise India’s 1993 model treaty text and to provide a roadmap for the re-negotiation of India’s 86 existing BITs. It was carried out by an inter-ministerial working group led by the ministry of finance, reportedly in consultation with experts from four international institutions. There is nothing wrong with consulting foreign experts per se, but one fails to understand why no inputs were sought from experts, think-tanks, NGOs and business associations based in India.

Nevertheless, India’s new model BIT is undeniably a major improvement on the previous one. For example, unlike the 1993 model, which uses an “asset” based definition of investment which may include every kind of asset (eg, money lying in a bank account), the new model adopts an “enterprise” based definition of investment, thereby narrowing it to foreign direct investment (FDI). The new model defines both persons and enterprises “conducting real and substantial business operations in the home state” as investors. This qualification is intended to deny investment protection to so-called “mailbox companies” which have a minimal commercial presence in the home country.

The most favoured nation (MFN) treatment provision has been completely dropped in the new model. By virtue of the MFN clause in a BIT, a foreign investor can “import” more favourable protection provisions contained in other BITs and use them to bring claims before arbitration tribunals. In 2011, India lost a case to an Australian company which successfully used the MFN clause contained in India-Australia BIT to import an “effective means of asserting claims and enforcing rights” clause from the India-Kuwait BIT.

The new model provides national treatment (treating foreign and local investors equally) but the qualifying term “in like circumstances” has been inserted to narrow the scope.

The new model BIT also contains binding obligations on investors on matters related to corruption, disclosures and taxation. Any breach of these obligations may invite regulatory or legal action by the host country.

The new model retains the investor-state dispute settlement system (ISDS) but it requires an investor to exhaust all local remedies (judicial and administrative) before initiating international arbitration. In other words, an investor will have to first submit its claim before the domestic courts in the host country. Further, an arbitration tribunal is not given powers to re-examine any judicial decisions.

It also contains expansive provisions to make the ISDS more transparent and accountable. To ensure arbitrators are impartial and free of any conflict of interest, detailed disclosure norms and codes of conduct for arbitrators have been introduced.

Despite these significant improvements over the 1993 model, the question remains whether India’s new approach will actually find its way into the final texts of India’s future BITs. The US, for instance, is unlikely to accept India’s position to keep intellectual property rights and taxation matters outside the scope of a proposed India-US BIT.

Needless to say, it would be a mammoth task to renegotiate India’s existing 86 BITs within a reasonable time. It is also not clear whether the government will renegotiate the investment chapters of India’s free trade agreements with Singapore, South Korea and Japan, which also contain investment protection measures.

This leaves us with a fundamental question: are investment treaties necessary to attract foreign investment? There is no conclusive evidence to show that BITs result in greater FDI inflows. Since 1994, India has signed BITs with countries such as Mangolia, Serbia, Macedonia and Iceland but the two-way investment flows between India and these countries remain negligible. On the other hand, India receives substantial foreign investments from the US and Canada without any BIT.

For any foreign investor, there are other determinants – especially market size, infrastructure, tax policy, labour laws and the business environment – that influence the investment decision more than a BIT between the home and host countries.

There is a plenty to learn from the other Brics countries. Brazil is not a party to any BITs but still receives substantial amounts of foreign investment. The country had signed 14 BITs in the 1990s but Brazil’s congress refused to ratify them because of potential risks associated with the traditional ISDS system. Nevertheless, Brazil implemented some key elements of BITs (such as equal treatment to foreign investors) as part of its domestic reform agenda.

South Africa, on the other hand, terminated its treaties and replaced its BITs regime with new domestic legislation (likely to become law in early 2015) which provides no recourse to any international arbitration. A foreign investor having an investment dispute with the South African government will have to use domestic dispute settlement mechanisms such as domestic courts and arbitration processes.

Instead of relying only on a treaty-based approach, India should initiate domestic policy reforms – such as fixing the domestic arbitration ecosystem, speeding up judicial proceedings and easing issuance of business visas – to attract and protect foreign investments. Such reforms would also be politically acceptable in India.

Kavaljit Singh is director of Madhyam, a policy research institute based in New Delhi.