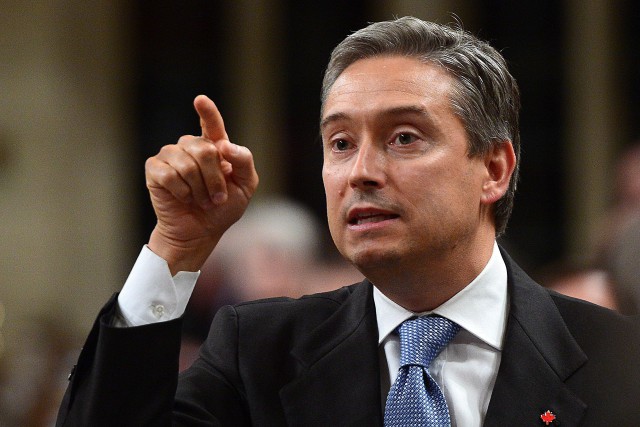 ‘India-Canada foreign investment protection pact is ready to be signed’

François-Philippe Champagne, Minister (International Trade), Canada, is in India with the largest ever business delegation to explore investment opportunities. In an interview with BusinessLine, Champagne said despite the opportunities here, Canadian investors are finding it difficult to invest in the absence of a Foreign Investment Protection and Promotion Agreement (FIPPA). While the Canandian Minister was optimistic that the FIPPA was ready and could be signed soon with some efforts from both sides, he said the negotiations on the Comprehensive Economic Partnership Agreement (CEPA), too, would be fast-tracked to increase trade beyond the current $1 billion. Excerpts:

India and Canada have decided to fast-track the talks on the proposed CEPA. How soon can it be concluded?

Progressing on the FIPPA and on the CEPA is essential as an instrument for further growth in our trading relationship. A number of investment funds in Canada are looking for the finalisation of FIPPA to make further investments in India. So, this is a win-win situation for both. Canadian companies want to invest in India in ‘smart cities’, and they are calling on both governments to finalise this discussion as that would be an enabler.

What are your expectations from the two agreements?

I am bringing with me the largest ever business delegation in the history of Canada with more than 160 people and more than 150 companies. And I think we can do so much more. The momentum is there. The opportunity in front of us is huge. We want to engage. I think we are only scratching surface.

Were you and Minister Suresh Prabhu (Minister of Commerce and Industry) able to finalise a deadline to conclude the CEPA?

I think we both realise this will be a catalyst for further growth. When Canada does international agreements, we do that on a win-win basis. Prime Minister (of Canada) Trudeau has told me one simple thing: Make trade real for people. This is about creating good middle-class jobs on both sides, this is about making sure that our prices, both in India and Canada, are better and there are more choices and that small and medium businesses can find new markets. In the case of Canada, we have been keen on progressive elements. Trade is not a race to the bottom, but a march to the top.

When is the next round of formal negotiations?

I told them to have quick rounds. We understand that we can and need to do better. And we are committed to fast-track negotiations.

India wants better provisions on ‘Mode 4’ or movement of workers in the CEPA. To what extent can Canada do so?

In our bilateral dialogue, I mentioned that Canada had just established its ‘Global Skills Strategy’ based on our understanding that we need to attract the best talent. Human capital is the most sought after resource today. Therefore, to be more competitive, we have put in place a programme for high-skilled workers and global talent researchers that would allow them to get visas in two weeks. I think this is one of the best in the world. We have done this as we know that we need to have the best talent to fuel entrepreneurship and innovation in the country.

Is India actually using this programme?

I don’t have the exact number but I am sure there are a number of users. I heard Indian CEOs say that this is the best in class programme in the world. This is because it allows high-skilled talent, researcher and academia to get visas in two weeks. We also have a programme for short-term transfer if you come for less than 30 days for intra-company transfer. So, a lot of things already put in place this year by our government is certainly going in the direction to make sure that we have more mobility meeting the needs of both countries.

Is there now a consensus on whether you want to conclude the FIPPA separately or together with the CEPA?

We are equally committed to do both. Both are enablers of growth. The FIPPA is more advanced. It is much more simple agreement. We need FIPPA so that our Canadian businessmen can invest further in the country. But CEPA is also a big enabler to strengthen the trading relationship between the two countries. The reason why we have mentioned FIPPA often is because this one is almost ready to sign. And it would ensure that the investor in Canada can participate in infrastructure growth, including building the ‘smart cities’ together with Indian counterparts. We have investors who want to invest in India.

What is the hitch in signing the FIPPA?

Since the last time we came here, there have been one or two rounds. Now we have asked our chief negotiators to shorten the time between rounds. I think Minister Jaitley (Finance Minister Arun Jaitley) and I have identified the remaining issues and have provided the way forward to the chief negotiators. So, I am cautiously optimistic that we can get to that. It is about both our people who want to do business. And the role of the government is to facilitate that.