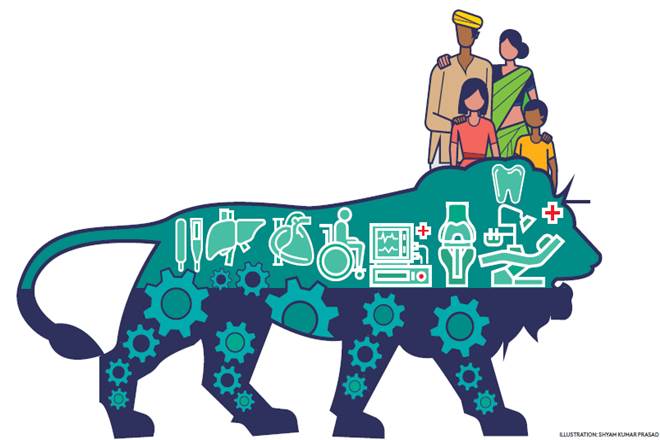 For Tokyo, the Regional Comprehensive Economic Partnership is a major political tool that would advance broader regional integration and act as a roadmap for good governance. For New Delhi, though, RCEP is first and foremost an economic deal that could hurt its more vulnerable industries and lead to near-term pain.

India’s decision to pull out of the Regional Comprehensive Economic Partnership (RCEP), a new fifteen-member trade bloc, may make sense for domestic economic and political reasons. However, it delivers a blow to New Delhi’s geopolitical goals. It also has problematic implications for Tokyo—one of India’s most important partners—and for the Trump administration’s interests in Asia.

RCEP ran the risk of opening Indian markets up to cheap Chinese goods, threatening above all a critical but sluggish manufacturing industry that New Delhi has struggled to energize. This is no small matter for a country already experiencing major trade deficits with most RCEP members and suffering through its biggest economic slowdown in six years.

Meanwhile, RCEP had attracted considerable opposition in India, from firms to farmers. New Delhi couldn’t afford to alienate key constituencies, including a farming class already reeling from crippling debt and drought—and especially as the government contemplates an economic recovery plan that will likely entail tough measures that could eat into Modi’s, and his party’s, immense popularity. In effect, Modi’s decision to walk away from RCEP reflects a desire to put Indian interests first. This is, after all, an unabashedly conservative and nationalist government.

However, India’s rejection of RCEP—which is comprised entirely of nations, including China, within Asia—undercuts its goal of becoming a more active player in Asia. Indeed, the move may bring domestic benefits to India, but it also means India will squander multiple geopolitical opportunities.

New Delhi’s Act East policy entails shoring up relations with countries to its east, and particularly the ASEAN states, to unlock energy and other economic opportunities, as well as to deepen its footprint in a region where its Chinese rival looms large. The policy intends to help India compensate for its non-membership in the Asia Pacific Economic Cooperation (APEC), a global trade partnership of twenty-one Pacific Rim states that includes most ASEAN states. Saying no to RCEP is a missed opportunity to strengthen relations with the very ASEAN states that New Delhi seeks to cultivate—and it deprives India of access to key supply lines in Southeast Asia.

Indian foreign policy objectives also emphasize playing an active role in the new and emerging economic architecture of Asia, as it has already done in the Asian Infrastructure Investment Bank, where it is the second-largest stakeholder, following China. India’s relationship with China is complicated. It features ample economic cooperation coupled with intensifying strategic competition. Additionally, it is boosted by shared interests in combating terrorism and promoting multilateralism. New Delhi has squandered an opportunity to partner economically with Beijing in another multilateral forum. Even worse, it happens at a moment when China’s global commercial strategy—embodied by its Belt and Road Initiative, an infrastructure super project increasingly encroaching on India’s back yard—is otherwise ratcheting up competition between the two rivals.

Keep in mind as well India’s broader strategic goal of enhancing its role on the world stage in its efforts to become—and be seen as—a rising and responsible power. This is a particularly paramount goal for the Modi government, which views Hindu nationalism not only as an effort to elevate the status of Hindus at home but also to make India a great nation abroad.

For all these reasons, backing out of RCEP—which with India as a member would have comprised half the world’s population and almost 30 percent of global gross domestic product—isn’t a good look for New Delhi.

And there are particularly stark implications for Japan.

Tellingly, Japanese prime minister Shinzo Abe travels to New Delhi on December 15 to persuade Modi not to abandon RCEP. His focus in this effort is on ensuring strong political ties with India as much as ensuring market access for Japanese companies on the subcontinent. To be sure, moving forward with RCEP would give Japan greater opportunities to bolster exports to India, and more importantly, to increase investments into the subcontinent—a win-win for both sides. This is no small matter, given that India-Japan trade has been relatively modest.

Still, for Japan, the bigger win of having India be part of the RCEP framework would be political. Abe himself has invested a great deal of effort in cultivating personal relations with Modi. What’s more, Abe was the first to propose the “Indo-Pacific” approach to greater regional integration in 2007—speaking before the Indian parliament, no less— by encouraging Japan and India, Asia’s two most prominent democracies, to work more closely together on regional security and economic development.

For Japan, RCEP is not simply a trade agreement—and especially given that its tariff reduction proposals are far less ambitious than those of CPTPP or other trade deals recently signed by Tokyo. Rather, RCEP represents a way for Japan to play a bigger role as a regional rule-maker more broadly, and especially in the absence of the United States. For Tokyo to be effective, keeping in mind China’s indisputable outsize influence, it needs backing from Delhi as well. In order for Tokyo to have an impactful voice when it comes to pushing back against Beijing’s rules, it needs not only India’s presence—but also the expectation that New Delhi will help Tokyo push back. With India not in RCEP, New Delhi’s presence is undercut, and Tokyo will have a tougher time counterbalancing China’s increasingly powerful voice.

In essence, in the broader framework of counterbalancing China’s position, India’s presence in RCEP is critical for Japan politically. And herein lies the key difference between Japan and India: For Tokyo, RCEP is a major political tool that would advance broader regional integration and act as a roadmap for good governance. For New Delhi, though, RCEP is first and foremost an economic deal that could hurt its more vulnerable industries and lead to near-term pain—even though it could lead to much-needed domestic structural reform in the longer term.

Finally, in India’s retreat from RCEP, there are also problematic implications for Washington. While the Trump administration can take solace in knowing that its Indian friend won’t be partnering in a major new China-backed initiative, the ramifications for U.S. policy are otherwise rather unsettling. Washington envisions New Delhi as a key partner in Asia, and in the administration’s Indo-Pacific strategy—one with a goal, shared by India, of making the region a freer and more open place. Washington wants India to step up its game as a regional economic partner and, in due course, as a net security provider. New Delhi’s withdrawal from RCEP reflects a longstanding challenge for U.S.-India relations—a mismatch in expectations between what Washington believes New Delhi can do as a regional partner, and what New Delhi is in fact prepared and comfortable doing.

Ultimately, India’s RCEP move encapsulates a core conundrum facing so many nations today, including the United States: How to reconcile the desire to keep pursuing globalization in a rapidly changing world order while grappling with increasingly sharp nationalistic pressures at home to retrench that global push.