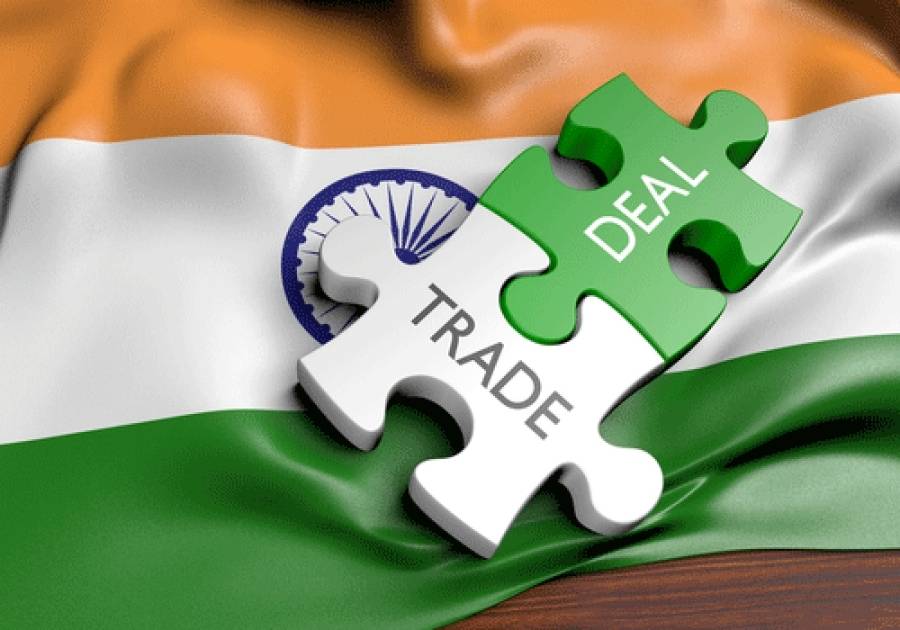 In a meeting held on September 10, 2019, at Bangkok in Thailand, India and the group of ten members of Association of Southeast Asian Nations (ASEAN) have decided to initiate the review of the ASEAN-India Trade in Goods Agreement that has been in operation since January 2010. The main objective of the proposed review is to make the agreement more ‘user-friendly, simple, and trade facilitative for businesses’. It is an important development for India as there has been a growing concern indifferent quarters including the industry that the benefits for India have been very limited from the Free Trade Agreements (FTAs) that the country has signed and implemented so far, including that with the ASEAN.

It is imperative to note that India has viewed FTAs as an important tool to enhance its trade and investment, and signed a number of trade agreements with various countries or groups. In fact, India is one among top countries in Asia with the maximum number of FTAs either in operation or under negotiation or proposed. According to the Asian Development Bank Institute, as of now, India has 42 trade agreements (including preferential agreements) either in effect or signed or under negotiation or proposed. Out of this, 13 are in effect, one is signed but not yet implemented, 16 under negotiation and 12 are proposed/under consultation or study. Most of India’s existing FTAs are with Asian countries which are quite different from each other in terms of the level of their economic development.

A broad analysis of trade between India and its major FTA partners, mentioned above, shows a significant increase in trade since the agreements have become operational. The SAFTA became effective from January 01, 2006 and as per Ministry of Commerce and Industry data the bilateral trade between India and other SAFTA member countries has increased from US$ 6.8 billion in 2005-06 to US$ 28.5 billion in 2018-19. India’s trade with SAFTA has grown faster than its total trade with the world. As a result, the share of SAFTA countries in India’s international trade rose from 1.6% in 2005-06 to 2.5% in 2018-19. During the same time, the Indian exports to SAFTA countries haveincreased faster than its imports from them leading to a significant rise in trade surplus with these economies from about US$ 4 billion to US$ 21 billion. The maximum growth in exports to SAFTA region has been recorded with Bangladesh and Nepal.

ASEAN is one of India’s most important trading partners. The CECA with ASEAN became effective from January 01, 2010 and the bilateral trade between the two sides has surged from about US$ 43 billion in 2009-10 to US$ 97 billion in 2018-19. As in case of India’s trade with SAFTA, the bilateral trade between India and ASEAN has also increased faster than that ofIndia’s overall trade with the world, leading to an increase in ASEAN’s share in India’s global trade from 9.4% to 11.5%.However, contrary to India-SAFTA trade India’s imports from ASEAN has increased at a significantly higher rate than Indian exports to ASEAN. Another important point worth to be noted is that the imports from ASEAN grew much faster than India’s imports from the world. The faster growth in imports has resulted in a significant increase in India’s trade deficit with ASEAN from less than US$ 8 billion in 2009-10 to about US$ 22 billion in 2018-19. The share of ASEAN in India’s total trade deficit has increased from about 7% to 12% during the same period.

Along with India-ASEAN CECA, the India-Korea CEPA also became operational from January 01, 2010. During 2009-10 to 2018-19, the bilateral trade between the two countries hasincreased from about US$ 12 billion to US$ 21.5 billion andgrew at a pace more or less similar to that of India’s trade with the world. However, Indian imports from Korea have surgedmuch faster than the exports to that country. While India’s imports increased at a CAGR of around 8%, the exports to Korea rose at a CAGR of less than 4%. Also, while the imports from Korea have grown faster than imports from the world, the growth rate of exports to Korea has been much slower than India’s exports to the world. This again has led to a considerableincrease in India’s trade deficit with Korea from US$ 5 billion in 2009-10 to US$ 12 billion 2018-19 and a sizable increase in the share of Korea in India’s overall trade deficit from 4.7% to 6.5% during the same period.

The India-Japan CEPA became effective from August 01, 2011. The bilateral trade between the two countries witnessed sharp growth in the year of its implementation e.g. 2011-12 compared to that in the previous year, 2010-11. However, the bilateral trade flow has not only contracted afterwards but witnessed a lot of volatility during 2011-12 to 2018-19. Also, while exports to Japan continued to increase during the year of implementation e.g. 2011-12, they have contracted afterwards. Imports from Japan, on the other hand, have increased but witnessed a lot of fluctuations. As in the case of ASEAN and Korea, however,India’s trade deficit with Japan has not only increased during2011-12 to 2018-19 but grown faster than India’s trade deficit with the world.

Overall, with the exception of SAFTA, India’s experience intrade with its major FTA partners has not been very encouraging. While India has gained substantially in terms of exports from its FTA with SAFTA countries, CEPA with Korea and CECA with ASEAN have been more beneficial to those economies. In the case of CEPA with Japan, however, bilateral trade has either declined or stagnated after the 1st year of implementation but there has been a substantial rise in trade deficit with that country also. Apart from a range of domestic factors that have draggedthe competitiveness of Indian exports and prevented India to leverage the preferential market access in these partner countries, there exist a number of FTA related issues that are seen to be responsible for less than favorable development in India’s trade relations with ASEAN, Korea and Japan. Some of these issues include faulty commitments, stricter rules of origin,lack of awareness about the FTAs and high cost of compliance. It is important, therefore, that India should not remain satisfied with the initiation of a review of India-ASEAN FTA but the existing provisions of CEPAs with Korea and Japan should also be evaluated to make them more trade and business-friendly. It is equally important, however, for India to simultaneously takeall the necessary measures to remove the obstacles that hinder the overall competitiveness of exports in the country.