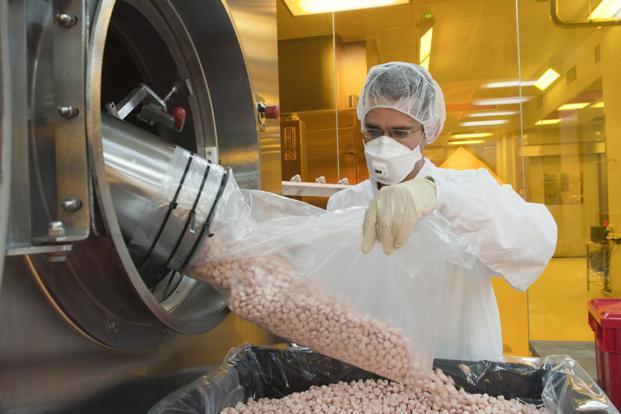 In the process of moving to a new approach to international investment law and dispute settlement, India has elaborated a model BIT (Bilateral Investment Treaty) that differs significantly from older agreements. It is much more balanced between investor interests and those of legitimate public policy. The model BIT, for instance, contains a tightly-drafted general exceptions clause like that of GATT Article XX, safeguarding key policy objectives like health and the environment. Compensation for expropriation may be less than full market value, to take into account policy considerations like environmental impacts. And anti-corruption and corporate responsibility obligations are imposed on investors, making this one of the first models for an investment agreement to be genuinely not one-sided; typically investment agreements impose burdens on states without any corresponding responsibilities on corporations, hardly an equitable state of affairs.

There is also in India’s model a robust exhaustion of local remedies provision: while exhaustion seems like a step back to the anachronistic world of diplomatic espousal, it is an arguably justified response to the way in which arbitrators have unpredictably expanded jurisdiction. The arbitrators constitute a small elite of lawyers dominated by West European males, who also act as counsel in cases on related matters, an egregious conflict of interest uncontrolled by arbitration rules. Arbitrators have allowed businesses to bring claims where the companies have reorganised on paper their corporate structure to fall within a particular treaty even without any real contact to that jurisdiction (the so-called “Dutch Sandwich”). They have facilitated end-runs around contractually-limited investor protection by elevating contractual claims into treaty violations (sometimes through expansive readings of “umbrella clauses” with vague aspirational language, suggesting a host state must honour all commitments to investors). They have even sometimes defined investors to include secondary market purchasers of sovereign bonds from holdouts in sovereign debt restructurings, who have nothing to do with the host country. It is a challenge to rein in such expansion of jurisdiction by arbitrator creativity, since arbitrators are judges for hire, and when they grant jurisdiction they get paid handsomely to hear the case. Exhaustion of local remedies seems an old-fashioned and blunt instrument, but it has the advantage of not being easy for arbitrators to interpret away.

In the transition to its new approach to investor protection, India has sought to terminate its existing BITs with individual European Union members. Now the European Commission is pressuring India to extend those existing treaties, which don’t have the safeguards of the new approach outlined above, for six months. India should not fall for this move, which would undermine significantly its negotiating power to get its economic partners to agree to new treaties based on the 2016 model BIT. The six-month extension would give European companies an opportunity to get in under the old regime, giving them 10 years’ or more protection, based on treaty norms that India has now determined are not in its national interests. Any company organised so as to be considered a national of any EU state that had an old BIT with India (including those exploiting the “Dutch sandwich” assuming that the Netherlands treaty—already expired—is included in the request for extension) could use the six-month window to engage in the de minimus level of economic activity to qualify as an investor or investment under the old agreements, and then depending on the treaty they would be guaranteed 10 to 15 years’ of protection. Having allowed practically any company with the legal resources to figure out how to qualify as an investor or investment of some EU country under one of the old treaties to lock in 10 to 15 years’ protection under the old standard (if this is really what the Commission is proposing for the extension), India will have little leverage to bring the EU to agreement on its new approach. The EU can resist India’s new, much more balanced approach, knowing its companies have used the six-month window to protect themselves under the old treaties.

It is a challenge to rein in expansion of jurisdiction by arbitrator creativity, since arbitrators are judges for hire, and when they grant jurisdiction they get paid handsomely to hear the case. Exhaustion of local remedies seems an old-fashioned and blunt instrument, but it has the advantage of not being easy for arbitrators to interpret away.

There is a certain irony in the Commission’s request because post-Lisbon it has sought generally the termination of investment agreements between individual EU member states and other states, in order to align member state practice with the shift in competence over investment from the member states to the EU level, as set out in the Lisbon treaty. Here the Commission proposal for extension is frustrating its own policy of a timely and efficient transition to the exercise of EU-level competence.

In the context of negotiating a Free Trade Agreement, the EU is also pressuring India to give up flexibilities it has a right to under the World Trade Organization intellectual property agreement (TRIPs). The EU’s demand that the data of patent medicine makers not be freely available for use in regulatory approvals for generic medicines is a way of significantly increasing costs to India’s efficient generic pharmaceutical industry—an industry which allows for the supply of affordable drugs not on in India but in many other places in the developing world. This would undermine the effectiveness of the right to compulsory licence, guaranteed to WTO members in TRIPs. Further, the EU is demanding that patent protection be extended beyond the period of 20 years required under TRIPs. There is no principled basis for these demands—they simply reflect Europe’s drug lobby. The social impact is a negative one—higher prices for consumers.

With Brexit and a US administration that is openly hostile to the EU integration project, Brussels is increasingly embattled as a global economic player. It is in no position to push around a major trading partner and dynamic world economic power like India. There may be a residual colonial attitude in some European negotiators. But it ill-fits the geopolitical and economic realities that the EU must face today. India would be selling itself short by not holding firm.

On the other hand, where Brussels is on more principled ground is in its effort to abolish the existing system of investment arbitration under BITs and replace it with a genuine multilateral court. This proposal deserves a closer look from India. Impartial judges well qualified in public law and compensated mostly through a fixed salary would be a big improvement over commercial lawyers and entrepreneurial academics who engage in arbitration as a route to personal wealth. A multilateral court might not only hold states to account, but also impose social and environmental responsibility on investors, as India’s own cutting-edge BIT rightly does. Indeed, the multilateral court proposal as articulated by the EU and Canada would allow India to keep the substance of its own model BIT, while taking advantage of the new tribunal.

Robert Howse is Lloyd C. Nelson Professor of International Law at New York University. He is a member of the American Bar Association Investment Treaty Working Group. This op-ed is an expanded and revised version of a post on the International Economic Law and Policy Blog.