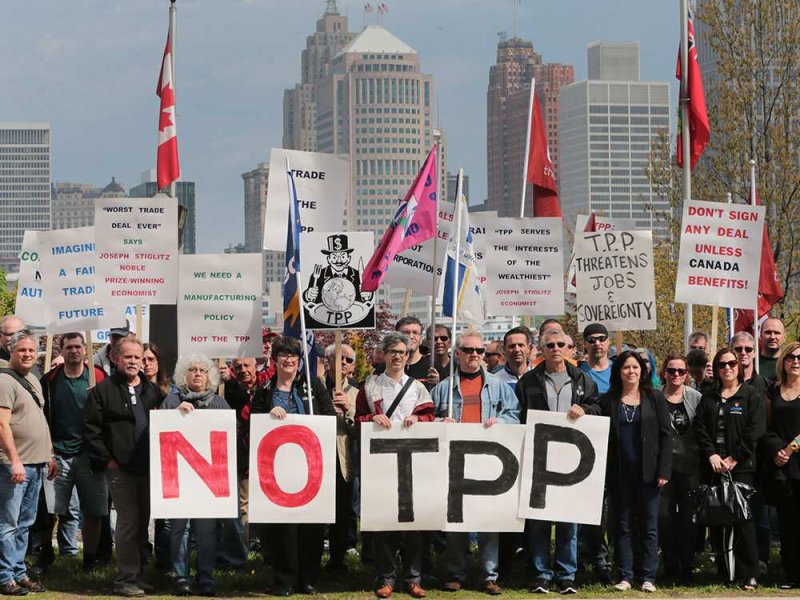 Indonesia has proposed the setting up of a new trade bloc that could counterbalance the dominance of the United States and China.

However, the future of the TPP, a US initiative to contain the dominance of China in APEC, is uncertain under president-elect Donald Trump, who has pledged to shore up the US domestic economy and to review the trade agreement once he is sworn-in as president on January 20.

With the fate of the TPP uncertain under a Trump presidency, China has stepped up its effort to prop up the Beijing-backed Regional Comprehensive Economic Partnership (RCEP), which excludes the Americas and includes Australia, India and more than a dozen other countries.

The RCEP is now seen as perhaps the only path to broader free trade areas of which APEC aspires.

Given its strategic position as a member of both ASEAN and APEC, Indonesia has called on APEC members to consider forming a free trade bloc between ASEAN and the Pacific Alliance countries if Trump decides to kill off the TPP.

Vice-President Jusuf Kalla, who attended the Second Informal Dialogue with the Pacific Alliance session on the sidelines of the APEC summit last week, said Indonesia had officially tabled the proposal and urged countries in the two groups to consider.

“If the TPP is voided, then ASEAN and Pacific Alliance members should establish a trade cooperation, which could be better than the TPP. It is the right moment to think about such an alternative,” Jusuf told reporters in Lima.

Jusuf said although many APEC members expected Trump not to follow through on his campaign promises over ending the TPP, the countries were still prepared with alternatives should the US, the initiator of the TPP, withdraw its commitment.

During the APEC summit, Indonesia joined Brunei, China and New Zealand in a group to discuss the theme of “Growing Global Micro, Small and Medium Enterprises [MSMEs] and Promoting Sustainable Development”.

“The results from this discussion will be drafted as an official statement; all issues discussed during the meeting were related to the economy and business sectors. The main takeaway from the forum was that we agreed to establish connectivity between domestic and international businesses,” Jusuf said.

As Obama is winding down his administration, he has now stopped trying to win congressional approval for the TPP deal, which was signed by 12 countries in the Americas and Asia Pacific, excluding China.

Without US approval, the current agreement cannot be implemented.

“China will not shut its doors to the outside world but instead open more doors,” Xi said in a keynote address at APEC.

“We?re going to […] make sure the fruits of development are shared,” Xi said.