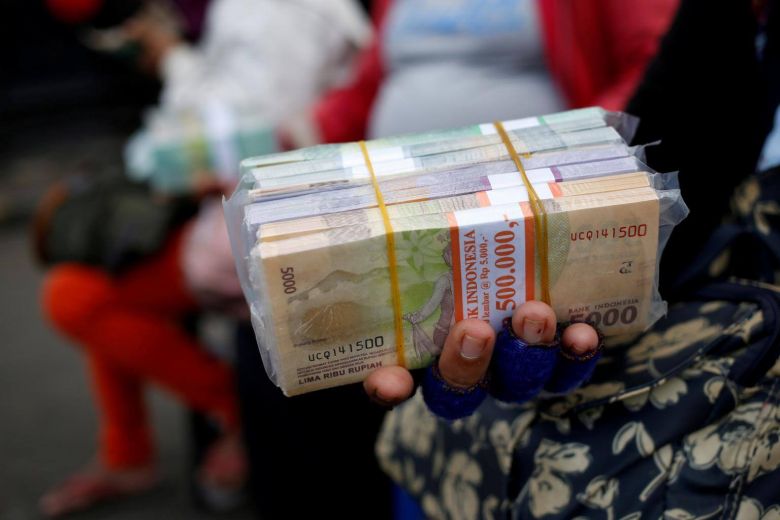 Indonesia is likely to see a small benefit from the phase-one trade deal between the United States and China as the demand for commodities and the overall Chinese economy are expected to improve.

The trade deal, signed on Wednesday, addresses only a third of the tariffs that have burdened the world’s two largest economies and have fettered the global economy with weak demand, according to Bank Central Asia (BCA) chief economist David Sumual.

However, an uptick in the commodities trade and a better economic situation for China — Indonesia’s main trading partner — will benefit Indonesia, a huge exporter of oil, gas, rubber, textiles and minerals, he added.

“Indonesia depends on the global cycle of commodities as well as economic activities in China. The trade deal will have a small impact on the country’s economy,” David told The Jakarta Post on Thursday.

Each percentage-point decline in China’s growth rate would result in a 0.3 percent drop in Indonesia’s, the World Bank has said. The US and China signed an initial trade deal on Wednesday that will roll back some tariffs and boost Chinese purchases of US products, defusing an 18-month row between the world’s two largest economies but leaving a number of sore spots unresolved, according to Reuters.

The centerpiece of the deal is a pledge by China to purchase at least an additional US$200 billion worth of US farm products and other goods and services over two years, above a baseline of $186 billion in purchases in 2017, the White House said, according to the same report.

The trade deal, however, leaves US tariffs in place on about $370 billion of Chinese goods.

Despite a boost in the export of Indonesian commodities in recent months, the country is likely to import more products going forward as the rupiah strengthens, David added.

Indonesia recorded exports worth a total of $167.53 billion in 2019 and imports worth $170.72 billion, resulting in a $3.2 billion trade deficit, Statistics Indonesia (BPS) data show.

Although the deficit was much lower than the $8.7 billion recorded in 2018, total exports contracted by 6.9 percent last year and total imports fell by 9.53 percent, signifying weak trade overall. Palm oil products and mineral resources such as coal have contributed most to the country’s exports.

“We need more effort from the government in developing the downstream sectors, not only on nickel but also other commodities to anticipate and benefit from the recovery of the global economy,” David said.

Indonesia is largely “cut off” from the global supply chain in manufacturing — such as in the automobile industry — due to a series of nontariff measures that make the import of capital goods difficult, according to a World Bank document obtained by the Post in September 2019.

“If China’s economy grows higher this year, it will jack up demand for Indonesian products such as coal and CPO,” Institute for the Development of Economics and Finance (Indef) economist Andry Satrio Nugroho told the Post.

Indonesia exported $25.8 billion worth of non-oil and gas goods to China in 2019, an increase of 5.9 percent from the year before. The exports helped lift Indonesia’s overall non-oil and gas exports, which contracted by 4.8 percent last year.

Deputy Foreign Affairs Minister Mahendra Siregar said the trade deal had not changed global market sentiment and would not affect Indonesia significantly, as the government would continue its strategy to look for more potential markets going forward.

“Indonesia needs to expand economic relations with other countries particularly with potential markets of growth amid a slowing global economy,” Mahendra told the Post.