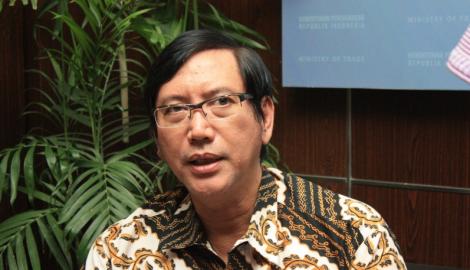 Among the resumed negotiations on free trade agreements (FTAs) and comprehensive economic partnership agreements (CEPAs) include those with Australia, Chile, the European Union (EU), India, Iran, South Korea and Turkey, according to Bachrul.

Bachrul Chairi, director general for international trade co-operation at the Trade Ministry, said the resumption of the negotiations was one of the government’s key programs to improve the country’s international trade, which often suffered a deficit due to weak exports.

Among the resumed negotiations on free trade agreements (FTAs) and comprehensive economic partnership agreements (CEPAs) include those with Australia, Chile, the European Union (EU), India, Iran, South Korea and Turkey, according to Bachrul.

The negotiations have been ongoing for several years, but have shown no significant progress. Some of the trade talks have even been delayed.

Bachrul added that the government was also reviewing a potential agreement with the US, but did not provide further details of whether it would be bilateral or under the current negotiations of the regional Trans-Pacific Partnership (TPP).

Indonesia was also reviewing its economic partnership deals with Japan to be able to fully benefit from the partnership agreements, he said late on Tuesday.

The review would also include the upcoming ASEAN Economic Community FTA, which would be implemented in January next year, as Indonesia was still facing several pending issues.

"Regarding the ASEAN FTA, we are expected to resolve issues in 10 sub-sectors related to the service sector," Bachrul said.

Bachrul said that the government would step up efforts in the negotiation process, especially with countries that could accommodate easier access for Indonesia’s exports and provide investment for the country.

Coordinating Economic Minister Sofyan Djalil acknowledged that Indonesia had lost the momentum in the past to expand its export market, partly as a result of its reluctance to engage with free-trade agreements.

Sofyan said that with the resumption of trade negotiations, Indonesia would be able not only to increase its market share in the global market, but also to attract more foreign investment.

According to Bachrul, Indonesia’s failure to engage in free-trade agreements had hurt its foreign trade due to the lack of market access given to the country’s goods.

High import duty imposed on Indonesia’s tuna is one example of the market barriers imposed by foreign countries on Indonesian goods.

Bachrul said Indonesia was ASEAN’s largest tuna producer, but the import duties imposed by the EU were the highest, reaching 22.5 per cent, while other members, such as Malaysia, Vietnam and the Philippines, were charged zero per cent. "Due to the difference in the taxes, we are not able to compete," he added.

The government will also encourage local manufacturers to take advantage of the fall in the rupiah to revive the country’s exports.

Indonesia’s exports have stagnated in the last two years amid global economic slowdown. In February, exports remained weak and fell 16 per cent year-on-year to US$12.2 billion (S$16.8 billion).

Meanwhile, members of the EU parliament, in Jakarta on an official trip, supported the Indonesian government’s plan to resume FTA negotiations with the EU.

However, they added that market development had to be carried out in terms of infrastructure and education so that trade would benefit both sides more. EU parliament member David Martin pointed to other countries in the region that had completed or were negotiating agreements with the EU to improve their trade activity.