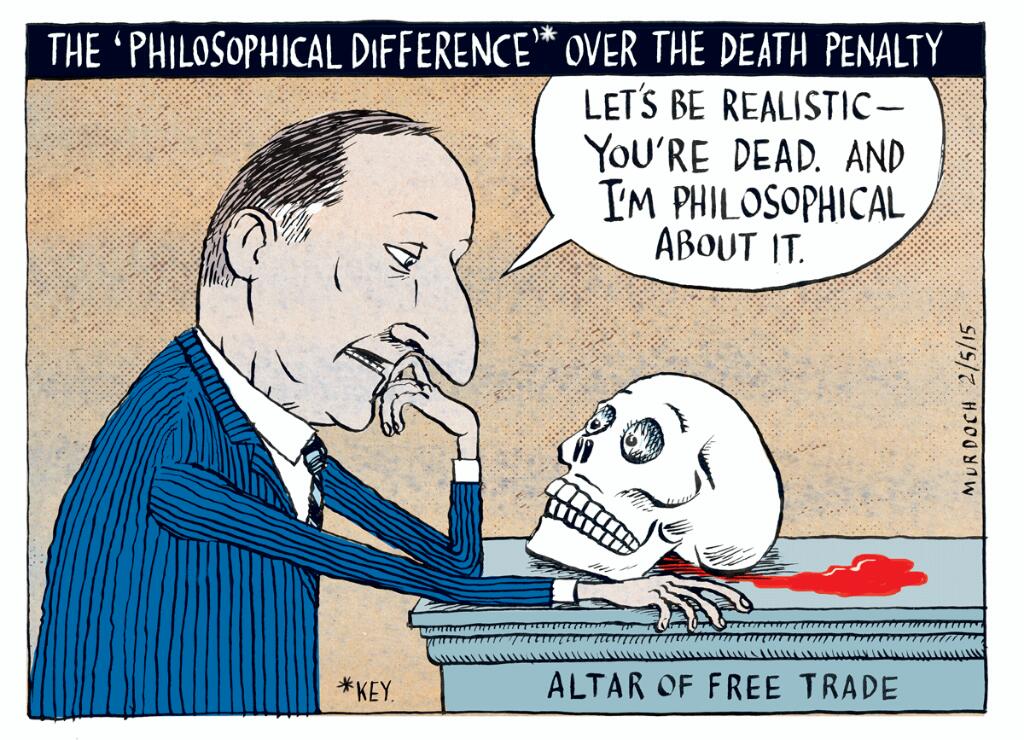 Conflict over trade dominated the economic headlines in 2019, so it’s surprising that the year ended with significant progress on three trade agreements. Each tells a different story about the outlook both for the global economy and for relations between nations.

As well as the deal struck between the United States and China last week, the Trump administration won agreement from the Democrats for changes to the revised trade deal with Mexico and Canada that is now almost certain to be legislated.

On the other side of the world, a meeting of ASEAN officials set a date of 13 March 2020 for signing the Regional Comprehensive Economic Partnership agreement, whether recalcitrant member India decides to participate or not.

RCEP, which was intended to include the 10 ASEAN nations plus China, India, South Korea, Japan, New Zealand and Australia, was originally conceived as a fairly limited agreement lowering tariffs on non-controversial items, but has been transformed since negotiations began in 2012 into a sweeping economic agreement that includes services, the digital economy, foreign investment, intellectual property and supply-chain management.

The ‘phase one’ deal between the US and China gives the lie to President Donald Trump’s bold tweet in early 2018 that ‘trade wars are good, and easy to win’. The US agreed to this partial settlement because the trade war was imposing an unacceptably high cost on the farmers who were crucial to Trump’s 2016 victory.

China’s share of US soybean exports, for example, had plunged from a peak of more than 70% to just 5%.

The deal delivers the US farm sector some gains, potentially at the cost of other suppliers including Australia and Brazil. It also halts what threatened to be a major escalation in the tariff war and includes the partial rolling back of some tariffs.

The motives for the US-led trade war were always mixed, including a desire to narrow the US trade deficit, a belief that China was competing unfairly because of the role of the state in its economy, China’s appropriation of US technology, and a more general strategic competition between the long established and the newly rising powers.

The deal includes some additional (as yet unspecified) technology protections, but otherwise leaves these issues untouched. While failing to address the underlying US concerns, the deal is entirely one-sided, with all the concessions being made by China. It reflects the US administration’s belief that it will win a better deal exercising its muscle over trading partners on a bilateral basis, rather than through the World Trade Organization.

The deal includes a dispute-resolution mechanism, which is ironic given that the US forced the WTO’s trade dispute appellate body to shut down last week by vetoing all appointments of new judges as the terms of existing judges expired.

The new replacement for the North American Free Trade Agreement, by contrast, is consistent with WTO rules. While Trump damned NAFTA during the election campaign, describing it as the worst trade deal the US had ever signed, the updated deal reached with Canada and Mexico in May was more of a tweak than a rewrite.

Canada and the US agreed to some opening of their dairy markets, while motor vehicles are required to have 75% of their content made in the trade zone to qualify for tariff-free trade, up from 62%. A new requirement is that between 40% and 45% of a vehicle’s components must be made by workers earning at least US$16 an hour, which is about three times the going rate in Mexico. There are new chapters on intellectual property and digital commerce, which are broadly similar to those in the original Trans-Pacific Partnership agreement that the Trump administration rejected. These chapters largely reflect the interests of US technology firms.

The Democrats and US unions were persuaded to support the deal by the creation of a panel to vet Mexico’s adherence to labour standards and by strengthened environmental standards. Mexico’s objections to the monitoring of its labour standards may yet undo the deal.

While the labour clauses reflect a new US protectionism, the deal shows that the Trump administration, the Democrats and the US labour movement all accept that WTO-consistent agreements which make it easier to trade can be in America’s national interest.

The RCEP trade agreement, which doesn’t include the US, shows that the flame of free trade remains ablaze in the Asian region.

Details have not yet been released, but it’s understood that 95% of goods traded across a region representing almost a third of the world economy would eventually be tariff free.

The chapters on trade facilitation and services are designed to reduce the bureaucratic barriers to businesses trading and operating across borders.

India’s decision in November to withdraw from the agreement was a blow to the aspirations of its advocates, who had hoped that it would gather enough momentum to offset the rise of protectionism in the US and elsewhere.

India, which has had a formal ‘Look East’ policy to strengthen relations with Asia, was close to concluding the RCEP deal, but got cold feet over fears that Chinese firms would prove too competitive for their Indian counterparts. Despite postponing a visit to India, Japanese Prime Minister Shinzo Abe is still working to persuade Indian Prime Minister Narendra Modi to change his mind.

The growth of trade has been fundamental to the dynamism of Asian economies over the past two decades, and RCEP is calculated to bring fresh energy to regional commerce at a time when trade flows globally have been flagging.

Besides its purely economic significance, RCEP has strategic importance. Japan and South Korea have been using trade restrictions as weapons in their dispute over the extent of Japanese contrition for wartime atrocities; RCEP would put a stop to that by binding both to a new open trading framework. A formal regional trade agreement that ties Japan and China also strengthens economic bonds otherwise vulnerable to nationalist disruption.

Above all, RCEP shows that ASEAN is not simply a marriage of convenience among disparate but geographically proximate nations. ASEAN has been the driving force behind RCEP, forging what is likely to become an important component of the institutional architecture of global trade. This is being achieved at a time when trade liberalisation has been confronting its greatest threat in 80 years.