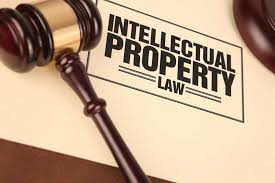 With respect to the Regional Comprehensive Economic Partnership (RCEP) talks, Indonesia, the ASEAN coordinator for what will be the world’s largest free trade pact, was able to achieve substantial progress in recent negotiations. Leaders have agreed to complete the deal this year. At the 33rd ASEAN Summit held in 2018, Indonesian President Joko “Jokowi” Widodo stressed the importance of a mandate to agree on the RCEP. However, one question that needs to be brought to light is whether Indonesia’s determination has been supported by adequate preparedness to comply with various binding provisions, especially the intellectual property rights (IPR) regime designed to go beyond the WTO’s Trade-Related Aspects of Intellectual Property Rights (TRIPs) agreement. In an effort to answer that question, this article will be focused on examining the IPR regulatory framework in Indonesia and to what extent the IPR regulatory framework in Indonesia will be compatible with the anticipated IPR provision based on the leaked draft of RCEP IP Chapter.

IPR protection was essentially an alien concept in Indonesia’s national laws prior to the TRIPs agreement, due to its conflicting nature with Indonesia’s traditions and norms. Despite the fact that intellectual property (IP) legislation existed in Indonesia as early as 1844, those Dutch colonial laws did not apply to native Indonesians. Under Dutch colonial rule, the legal system for indigenous Indonesians was adat (an extensive system of Indonesian customary norms), which did not recognize IPR protection. Under unwritten adat law, individual ownership in intellectual works or inventions is not recognized because knowledge is regarded as public property, and its main function is to serve the public benefit. In this regard, it is not surprising if IPR protection has no strong roots in Indonesian society and there was no robust Indonesian legal tradition of protecting IPR. Meaningful IP policy reform was taken by the Indonesian government only after Indonesia become a member of the WTO and therefore obliged to implement the TRIPs agreement.

In addition, compared to the other RCEP countries, Indonesia’s performance based on Property Rights Index in 2018 is also relatively poor. Indonesia, with an average score of 5.3, is behind New Zealand (8.6), Singapore (8.4), Australia (8.3), Japan (8.2), Malaysia (6.49), South Korea (6.47), China (5.9), India (5.6), and performs slightly better than Thailand (5.3), the Philippines (5.2), and Vietnam (5.07). Furthermore, Indonesia’s relatively poor performance based on the Property Rights Index is also supported by the fact that Indonesia, along with India and China, have always been on the USTR Priority Watch List from 2010 to 2019, so far. Based on the USTR Special 301 Report 2019, one of the main reasons why Indonesia has remained in the USTR Priority Watch List is widespread piracy and counterfeiting of dangerous products.

The Compatibility of Indonesian Legal Framework on IPR

In the scope of trademarks, RCEP protects sound and scent marks, aspects that Indonesia’s existing law (Law No.15/2001 on Trademarks) does not recognize. Whether the protection of these types of marks is compatible or not with the current developments in Indonesia, this provision most likely will only serve the interests of foreign trademark owners. In addition, RCEP’s IP also introduces a new mechanism called an “electronic trademark system,” a system for the electronic application for and maintenance of trademarks. To date, Indonesia does not have an online trademark registration system, as a consequence the necessary foundation for this purpose needs to be established.

In terms of patent protection, RCEP provides provisions for broadening the scope of patentability to explicitly allow for new forms and new uses of known substances, even when there is no evidence of enhanced efficacy; patent term extensions to compensate for patent office or marketing approval delays, and data exclusivity. Meanwhile, under Indonesia’s patent law (Law No.13/2016 on Patents), an invention can be granted a patent if it can be proven as new and involve an innovative step and is capable of industrial application. As has been reviewed in a previous article, this provision will be in conflict with the interest of the Indonesian government especially in providing more affordable medicines for its people as it primarily benefits pharmaceutical companies.

In regard to copyrights, the RCEP extends the duration of copyright protection. Under the TRIPs agreement, the duration of copyright protection is the life of the author plus 50 years after the author’s death. Under the RCEP, the protection is extended to the minimum of 70 years after the author’s death. In addition, RCEP also incorporates new provisions on Technological Protection Measures (TPMs); Rights Management Information (RMI); and Collective Management. Under the Collective Management clause, the RCEP allows the recognition of the important role of collective management societies for copyright and related rights in collecting and distributing royalties. In all those aspects, Indonesia’s current copyright law (Law No.28/2014 on Copyrights) already complies with the RCEP’s IP.

On trade secret protections, Indonesian law to some extent has met the minimum requirements under the RCEP’s IP. Indonesian current law on trade secrets (Law No.30/2000 on Trade Secret) provides specific criminal provisions to prevent misappropriation of trade secrets. However, Indonesian national legislation does not have a specific clause on preventing misappropriation of trade secrets conducted by state-owned enterprises (SOEs). In addition, to ensure the compatibility of Indonesia’s laws on IPRs, the RCEP members are also required to ratify other international agreements on IPR other than the TRIPs Agreement. This means, if Indonesia intends to join the RCEP, Indonesia will be required to accede to the rest of the international IP agreements: the Madrid Protocol, Budapest Treaty, Singapore Treaty and UPOV.

The RCEP’s IP Chapter provides higher standards for IPRs protection than Indonesia’s existing laws. Despite the fact that Indonesia’s existing IP legislation is TRIPs compliant, some aspects under Indonesia’s existing legal framework are incompatible with the RCEP’s IP. In this regard, it is crucial to ensure that the Indonesian legal framework is compatible with the RCEP’s IP and also to ratify other international agreements on IP that have not been ratified by the Indonesian government. This may not be easy since the process for amending national laws and also ratifying international agreements under the current legislation process cannot be done in a short period of time. On the assumption that the Indonesian government is still far behind in preparing this regulatory framework on IPR, not to mention providing the prerequisite infrastructure and social safety net, Indonesia’s intention to join RCEP is undermined by these realities.