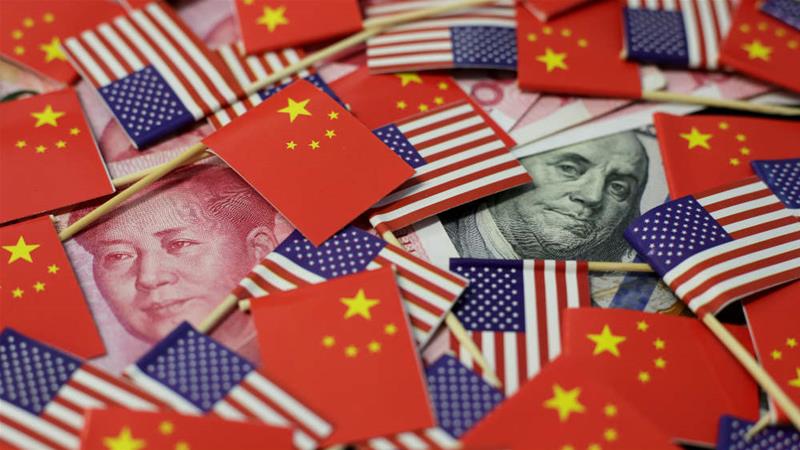 Is Southeast Asia winning the US-China trade war? not so fast By Alec Lei

On June 23, 2019, one week after U.S. President Donald Trump and Chinese President Xi Jinping agreed to rekindle trade talks ahead of the G-20 Summit in Japan, the Association of Southeast Asian Nations (ASEAN) quietly concluded its 34th summit in Bangkok. During the summit, leaders from the 10 ASEAN countries emphasized economic integration and regionalism, promising to push forward the Regional Comprehensive Economic Partnership (RCEP).

Since the ASEAN Summit, however, trade tension between the U.S. and China took a turn for the worst. On August 1, Trump announced additional 10 percent tariffs on $300 billion of Chinese imports, to which China’s Ministry of Commerce responded by halting purchases of U.S. agricultural products. Shortly after, the People’s Bank of China let the yuan depreciate, sending shockwaves across financial markets worldwide. Many worry that this signals the onset of a currency war against the backdrop of a global economic slowdown.

Some observers are pointing to Southeast Asian countries as potential winners of the trade war as companies have begun shifting their manufacturing activities out of China and into its southern neighbors. They argue that trade diversion and inflow of foreign investment as a result of the trade war will confer more benefits onto ASEAN countries. According to a report from Japanese investment bank Nomura Securities, for example, Vietnam is poised to gain product orders diverted from China equivalent to 7.9 percent of its GDP, as importers attempt to avoid trade war tariffs. Some benefits are already materializing. Vietnamese exports to the U.S. surged 36 percent in the first five months of 2019 compared with the same period last year.

The same Nomura report also found that other countries like Malaysia, Indonesia and the Philippines might also benefit from trade spillover from China, albeit on a smaller scale. The U.S.-China trade war may seem like a golden opportunity to realize ASEAN’s ambitions of transforming the region into a single production base.

Such views, however, understate the challenges and potential downside faced by Southeast Asian economies. For Southeast Asia to truly reap the benefits of the trade war and hedge against its attendant risks, it will have to step up its commitment to multilateralism, proactively invest in infrastructure and production capacity, and increase regional supply chain integration.

First, while there is no question that many companies have been looking to relocate their manufacturing activities out of China since the trade war started, it did not initiative a fundamental shift. This process has been well underway for years due to China’s rising labor costs and shrinking labor force. According to UNCTAD data, manufacturing has declined from 62 percent of foreign direct investment (FDI) into China in 2006 to only 27 percent by 2017. Meanwhile, the inflow of FDI into Southeast Asia, particularly in manufacturing, has been growing since before the trade war started. In Vietnam and Indonesia, manufacturing as a proportion of total FDI inflow has already exceeded that in China.

While the trade spillover will certainly accelerate this shift, Southeast Asia may not be completely ready to take over manufacturing activities from China. Multinational companies are increasingly concerned with poor infrastructure and logistics networks in certain countries, which increase business costs. It is also difficult to drastically improve its production capacity in the short run, especially for countries likeVietnam that are already operating near capacity. For Southeast Asian countries to reap the benefits from the trade spillover, they need to invest heavily in infrastructure and production capacity, improve labor productivity through training programs or movement of skilled labor within ASEAN, and create a favorable business environment to attract investors for the long run.

Moreover, Trump’s trade sentiments are directed not just at China, but at any country that has maintained a sizable trade surplus with the United States. During an interview with Fox Business in June, for example, Trump accused Vietnam of “tak[ing] advantage of [the U.S.] even worse than China” and went on to call Vietnam “the single worst abuser of everybody” in response to Vietnam allegedly allowing Chinese companies to reroute their exports to the United States. The decision of the Department of Commerce in July to impose 400 percent duties on steel imports from Vietnam, citing that the products may have origins in other countries, is reflective of such sentiments.

Trump’s decision to label China as a currency manipulator also raised fear among Southeast Asian countries. On May 28, the U.S. Treasury Department added nine trading partners, including Vietnam, Singapore and Malaysia to its watchlist for potential currency manipulation, while Thailand narrowly escaped the watchlist by one criterion (its trade surplus with the United States was just $1 billion below the threshold). Should any of these countries be designated a currency manipulator, they would be risking being excluded from the U.S. government procurement contracts, among other consequences.

The U.S.-China trade war is thus symptomatic of a larger movement away from free trade principles and toward protectionism. Besides withdrawing from the Trans-Pacific Partnership (TPP) and taking on a renegotiation of the North American Free Trade Agreement (NAFTA), Trump is now attacking the World Trade Organization (WTO) by trying to undermine its appellate board that sits at the heart of WTO’s dispute settlement process. The disintegration of a global rule-based trade order and the escalating trade tensions may embolden further contraventions to free trade principles and exploitation by other countries.

The danger here is that a prolonged trade war and deteriorating global trade environment would deal a blow to the export-oriented Southeast Asian economies. Singapore, whose open economy is highly reliant on trade and susceptible to external shocks, has already experienced a 3.4 percent annualized GDP contraction during the second quarter of 2019, the steepest decline since 2012. This should serve as a stark warning for other Southeast Asian countries about the potential downsides of the trade war.

Last, the escalation of the trade war and prospect of a global economic slowdown are dampening business confidence around the world. We are already witnessing China’s economic growth slowing to 6.2 percent in the second quarter of 2019, the most sluggish mark in nearly three decades. Economic data from the United States, while promising on unemployment and inflation, also reveal deeper troubles. A July report from the U.S. Department of Commerce found that business investment contracted for the first time in more than three years and residential investment declined for a sixth straight quarter.

Many observers from the business community are speculating that a recession is on the horizon. We see investors flocking to safer assets such as bond and gold and divesting away from emerging markets. Moreover, Asian central banks such as Bank Indonesia and Bank of Thailand are following the Fed’s decision to cut rates in a bid to provide economic stimulus. Declining global demand will cause a serious challenge to the ASEAN economy as a whole and may well wipe out any gains from the trade dispute.

If the U.S.-China trade war continues or worsens ASEAN countries will experience a bumpy ride. To keep their economies afloat, they will need to stay committed to multilateralism through initiatives such as RCEP and continue working towards economic reform and regional economic integration. Time and time again, ASEAN countries have shown commendable resilience amidst economic uncertainty. This time is no different. If ASEAN can adapt to the changing global economic climate and stay committed to its principles, it may come out of the trade war even stronger than before.