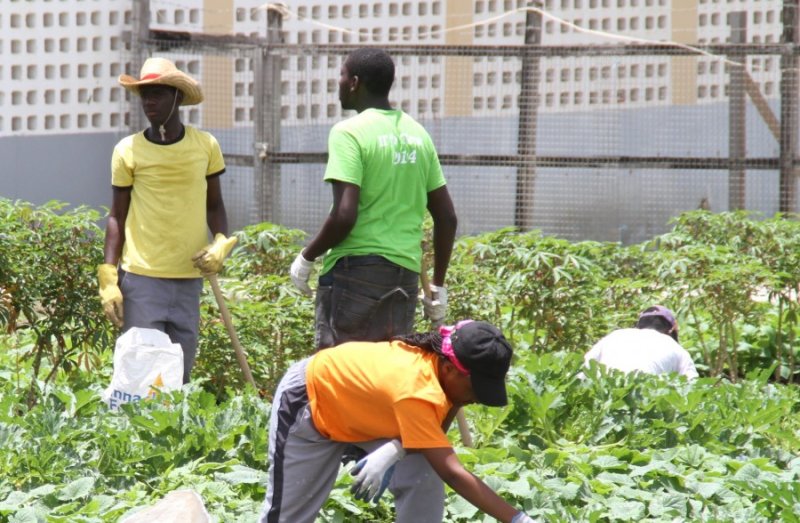 One of the island’s leading spokesmen for the agricultural sector has all but dismissed as “mad intuition” the decision by Barbados and the Caribbean to sign onto some key international protocols.

Chief Executive Officer of the Barbados Agricultural Society (BAS) James Paul is ruing in particular, World Trade Organization (WTO) rules and the Economic Partnership Agreement (EPA) with Europe, both of which he claims are hurting the local sector.

“Those two organizations have constrained the ability of governments to protect sectors that are vulnerable. The United States of America signed onto the WTO, but they ensured that their agricultural sector is protected. The Europeans did the same thing and protected their agricultural sector. The Japanese also protected their rice industry,” Paul told journalists at a news conference today at the BAS headquarters on Beckles Road, St Michael.

The Government backbencher charged that Caribbean governments were the only ones that had “this mad intuition” to sign onto “agreements that basically undermined their ability to protect the very sector that is the key to preserving the health of the individual territories”.

Paul called for the agreements to be re-negotiated, insisting they were not working for the region, which he said was being forced to import food items that can be produced here.

The Member of Parliament for St Michael West Central blamed the problem on globalization, which he described as “one of the single biggest threats to the welfare of the people around the world”, contending that the two main political parties in the United Kingdom were adopting anti-globalization stands.

“They have now come to that realization. Caribbean governments and some economists in the region are the only people who seem to think that globalization is the answer to the world’s economic woes,” Paul said as he announced that the BAS had accessed $200, 000 from the Technical Centre for Agricultural and Rural Cooperation, a joint international institution of the African, Caribbean and Pacific Group of States and the European Union, to help farmers increase production through the use of modern technologies.

Paul said the project will include a seven-month training programme scheduled to be completed by the end of this year, with one of the aims being to improve the consistency with which farmers supply products to major supermarkets, hotels, restaurants and the school meals service.

“We at the BAS are trying to expand on that because one of the limiting factors is the inconsistency in the production of commodities to the outlets. Through the training workshops we are going to try to achieve greater consistency in production by addressing the constraining factors. By the end of the year we hope to witness an increase in the production of onions, cucumbers, lettuce, fruits and vegetables,” Paul said.