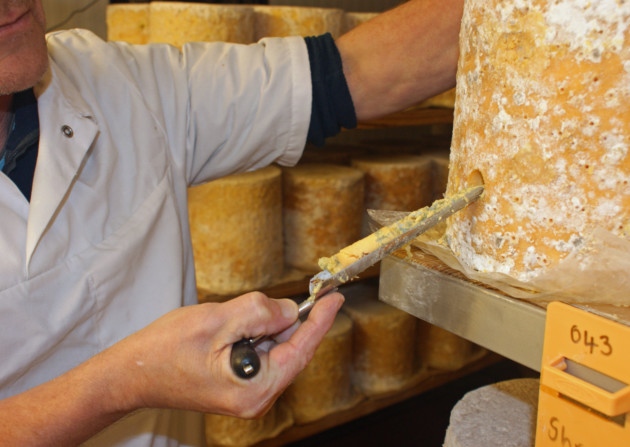 Having promised to rush through a post-Brexit trade deal, Japan and Britain made significant progress only to discover that the fate of Stilton has driven a wedge between them.

During recent talks in London, international trade secretary Liz Truss and the Japanese foreign minister, Toshimitsu Motegi, reached a “substantial” preliminary agreement on trade, promising to conclude a preliminary deal by the end of this month.

But after reaching a broad consensus over auto tariffs and going “significantly” further than expected in sectors such as financial services, they reportedly reached a stalemate over Stilton after Truss insisted on making it part of the negotiations. Growers and producers at odds in France’s ’champagne wars’ Read more

Truss is known for defending the UK’s cheesemakers, famously condemning Britain’s huge appetite for foreign cheese as a “disgrace” during the 2014 Conservative party conference.

Britain is seeking more preferential terms for its blue cheeses amid pressure on Boris Johnson from British farmers concerned about the imminent loss of EU subsidies, according to the Nikkei Asian Review business newspaper.

Japan is prepared to phase out tariffs on hard cheeses such as cheddar by 2033, but is refusing to go soft on fresh and blue-veined varieties, which would have duty-free access on an agreed quota by the same date, the Financial Times reported.

Japan is reportedly reluctant to offer Britain better terms than it gave the EU, which has a combined population nearly seven times the size of Britain’s, in a free trade deal that went into effect early last year.

But there is speculation that Tokyo could consider lowering the barriers to blue-veined cheeses given the relatively small costs involved.

Britain exported £18m of blue cheese globally last year, the FT said, citing data from the Agriculture and Horticulture Development Board, but just £102,000 of that went to Japan.

And Truss is reportedly hoping to point to Japanese concessions over Stilton as proof that Britain has improved on the EU’s trade deal with Japan.

While officials in Tokyo have not denied the Nikkei report, Motegi, making the first overseas trip by a Japanese minister since the start of the coronavirus pandemic, said he was confident the two sides would clinch a preliminary deal by the end of August, just four months before Britain is due to leave the EU.

Truss, meanwhile, said the most recent round of negotiations, which began in June, had been “positive and productive”.

She said in a statement: “We have reached consensus on the major elements of a deal, including ambitious provisions in areas like digital, data and financial services that go significantly beyond the EU-Japan deal.”

Japanese business leaders have voiced alarm over the potential impact of a no-deal Brexit. Around 1,000 Japanese companies employing 180,000 people have a presence in the UK, according to the Japanese foreign ministry.

Total bilateral trade was worth a total of £31.6bn last year, with 9,500 UK-based businesses exporting goods to Japan, according to British government figures.