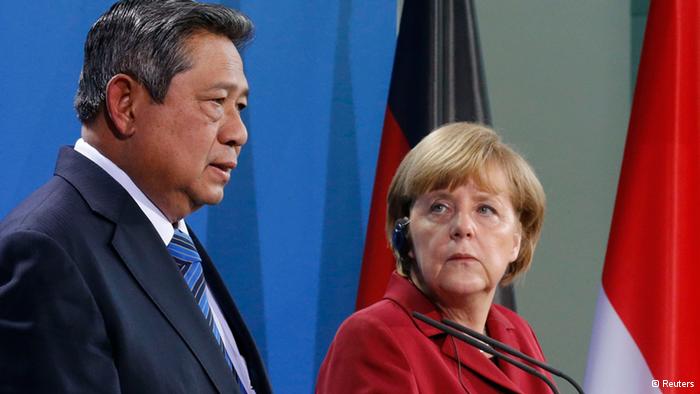 German Chancellor Angela Merkel has called for a free-trade agreement between the European Union and Indonesia. This, she said, could be a first step towards a wider trade agreement.

"If Europe doesn’t want to slip backwards, if Germany wants its share of economic relations, then we need such a trade agreement," the chancellor said.

Merkel said that while it was desirable for the EU to reach a free trade agreement with the entire 10-nation Association of Southeast Asian Nations, it was by no means certain that this would become a reality anytime soon.

"Because this is urgent, one could try to achieve such an agreement between the EU and Indonesia as a subset," Merkel said.

Yudhoyono also expressed his support for increasing trade ties, saying he hoped it would be a contributing factor in a global economic recovery. At the same time he stressed the need for the eurozone to overcome its sovereign debt crisis.

"Europe is a key player in the world economy," the Indonesian president said, "as are the United States and Asia."

Officials said the two leaders did not discuss possible exports of military hardware to Indonesia.

"The Indonesian army is being modernized and in this context there are contacts with German firms," the chancellor said, without providing any details. Indonesia has previously expressed an interest in purchasing German-made tanks.

Later on Tuesday, the two leaders were to officially open the ITB tourism trade fair being held in the German capital.