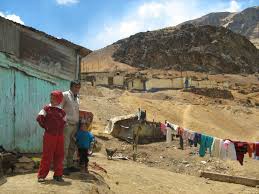 Ten years after the entry into force of the Peru-China Free Trade Agreement (FTA), officials from both countries are in stuck a slow renegotiation process in the midst of the Covid-19 pandemic. However, so far none of the talks or agreements have addressed environmental measures.

In October 2019, the fourth round of negotiations for the ‘optimisation’ of the FTA between Peru and China concluded. In seven of the nine years since the 2010 FTA came into effect Beijing has been Peru’s number one trading partner. And although some sectors such as textiles have been adversely affected by the partnership, trade between the two countries has grown at an average annual rate of 9%.

Up until December 2019, the activity of mining companies, such as MMG Limited and Chinalco, accounts for most of Peru’s exports to China, according to figures from the National Superintendence of Customs and Tax Administration (Sunat). Given the disproportionate weight of the sector in the trade relationship, it is also the one that stands to benefit most from the non-inclusion of environmental measures in a renegotiated FTA.

Peru-China FTA: Weak on socio-environmental matters Discussions on the process of optimising the Peru-China FTA have mainly revolved around intellectual property, e-commerce, customs procedures and the global supply chain. But social and environmental organisations have been demanding that environmental measures be incorporated into the agreement, in line with commitments that China has adopted to protect the environment.

China accepted 284 of the 346 recommendations given by dozens of countries in the Universal Periodic Review it submitted to the United Nations Human Rights Council (UNHRC) in 2018. Among them, it agreed to promote measures to ensure that its investments at home and abroad guarantee respect for human rights and the environment.

On that occasion, the Chinese delegation claimed that its openness to receive such recommendations “fully demonstrates China’s determination and open and active attitude towards the promotion and protection of human rights”.

However, progress on the renegotiation has stalled due to the Covid-19 pandemic and cabinet changes made by Peruvian President Martin Vizcarra last July, an official from the Ministry of Foreign Trade and Tourism (Mincetur) told Dialogo Chino.

Paulina Garzón, director of the China-Latin America Sustainable Investment Initiative (IISCAL), said there is a lack of transparency and information from institutions that design Chinese public policy: "Social conflicts, deaths, constant emergency decrees, among other elements, make clear the need for spaces of dialogue. If this is not possible within the framework of relations with China, it will be much more difficult to improve the performance of institutions."

Furthermore, a recent report by the Ombudsman’s Office states that in July alone there were 129 active and latent socio-environmental conflicts. 63.6% of these, some 82 cases, correspond to conflicts linked to mining activity, followed by conflicts over hydrocarbons (23 cases).

All the while, investors continue to ship products and materials according to measures that fail to ensure the protection of the environment and Peruvian communities. The pandemic has compounded this. In May, the Peruvian government issued Legislative Decree No. 1500, which exonerates companies from publishing environmental monitoring reports and other obligations, as well as the option of offering virtual citizen participation mechanisms, which are unsatisfactory for rural communities with connectivity limitations.

Omissions Although in the first half of 2020 the emergency situation caused by Covid-19 generated a 21.4% decrease in Peruvian exports compared to the previous year, some regions of Peru have actually increased their sales to China.

In the case of mining, which saw a partial halt in operations during a government-imposed quarantine because of a spike in reported Covid-19 cases at certain camps, copper shipments from some regions increased. Copper remains Peru’s main export, despite recent price fluctuations.

As of August 12, “the price of copper rose 4.6% to US$2.92 per pound, higher than values recorded before the start of the Covid-19 pandemic”, according to Peru’s Central Reserve Bank.

Peruvian copper comes mainly from the Apurimac and Junín regions. Apurimac recorded sales of US$475 million to China up until May, some 36% more than in 2019, official newspaper El Peruano reported.

The Las Bambas mine, operated by a consortium of Chinese investors including MMG Limited, Guoxin International Investment and CITIC Metal, is located in Apurimac. The area around the mine has been the scene of several conflicts with communities since operations began in 2015. Las Bambas’ owners have been accused by communities of modifying the Environmental Impact Study (EIS) without adhering to a proper prior consultation process. The project also obtained permits to access water, while dozens of neighbouring indigenous communities do not have safe access to the resource.

In Junín, Chinalco’s Toromocho open-pit copper mine, another site of social conflicts due to the resettlement of the local population, exported 3% more than the previous year.

In 2019, China bought 67.6% of Peru’s copper, according to the Integrated Foreign Trade Information System (Siicex). Between 2006 and 2018, 80% of Peru’s exports to China were associated with the extractives, mining and hydrocarbon sectors, according to data from environmental organisation Derecho, Ambiente y Recursos Naturales (DAR). These activities involve exports and investment projects that in some cases are developed in vulnerable areas.

“Several of China’s investments are located in areas of high biological diversity and with the presence of indigenous populations, a reality which requires special care in the development of investments, as well as their participation in consultation processes,” says Ciro Salazar, a specialist in Amazon infrastructure projects at DAR.

According to Salazar, it is essential that intentions regarding ecological and sustainable development be embodied in the Memorandum of Understanding signed by Peru and China in 2019 under the banner of the Belt and Road Initiative. However, at present the agreement has no binding or sanctioning mechanisms.

Although the economic weight of the Peru-China relationship is concentrated in the extractive sector, the inclusion of environmental measures in the FTA would allow for greater scrutiny of the potential impacts of other important projects. Among these is the Amazon Waterway project, in which the Chinese company Sinohydro is participating. The project is now paralysed owing to more than 400 problematic observations in its EIS, with indigenous communities only granted a process of prior consultation by a judicial decision.

Other major projects include the construction of the Chancay mega-port by China’s state-owned Cosco Shipping Corporation and the extraction of gas from Block 58 by China National Petroleum Corporation (CNPC).

Environmental provisions are addressed in five of the 21 international treaties that Peru has signed, while China included such measures in agreements with Chile and Costa Rica.

The issue is patently not alien to either country.