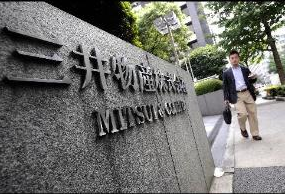 The Japanese giant plans to treble its exports of Australian grain to Japan, China and SE Asia over the next five to six years.

Mitsui will put its investment might into the WA grains industry as the centrepiece of an "aggressive and bold" move to become a major player in Australian agriculture.

The Japanese giant revealed exclusively to WestBusiness that it wants to treble its exports of Australian grain over the next five to six years.

It is aiming for at least a 10 per cent share of Australian grain handling and export industry to supply the Japanese market and booming markets in China and South-East Asia.

To achieve the target — which represents exports of about 3 million tonnes a year based on a 30mt nationwide harvest — Mitsui will invest heavily in infrastructure and look closely at joint venture opportunities.

Mitsui’s decision to open up about its plans comes amid a wave of offshore interest in grain and speculation the State Government may sell off ports.

Asked about acquiring grain handling and port infrastructure in WA, Mitsui Australia chairman Yasushi Takahashi said: "We are positive and open to any opportunities to strengthen and enhance the business."

Mitsui has a proven track record as a key investor in the industries behind WA’s economic boom.

It is in the top handful of Australia’s biggest iron ore, oil, gas, coal, salt and woodchip exporters and over the past decade has paid $7.5 billion in various Federal and State taxes and royalties.

Mitsui paid $10.5 million for a 25 per cent stake in WA grain trader Plum Grove in December 2012 and has quickly grown combined grain exports from Australia to about 1mt a year.

It sits in sixth place on the list of Australia’s biggest wheat exporters behind CBH, Glencore, Cargill, GrainCorp and Emerald, an arm of Japan’s Sumitomo, which is also engaged in massive expansion in the sector.

Mr Takahashi said Mitsui was not satisfied with its current ranking and wanted to be "as high as possible" on the list.

He described Mitsui’s target of 10 per cent of the industry as "aggressive and bold".

"The majority of our big businesses lie in WA and with growth of WA, of course, we will make the already strong industries of mineral resources and energy much stronger," Mr Takahashi said.

"But at the same time we would like to add to growth by contributing to the strengthening of agriculture in WA."

Mr Takahashi was a key participant in talks and events in this month’s free-trade agreement between Tokyo and Canberra.

He said agriculture was the new focus of plans to expand Mitsui’s multibillion-dollar interests and wheat exports were the core of Australian agribusiness.

Mr Takahashi said Mitsui, which shipped a then record 40,000t of Australian wheat to Japan as far back as 1925, had moved beyond being just a FOB buyer of wheat with the Plum Grove deal.

It is eyeing storage, handling and port assets with a focus on WA but will also have a strong presence on the east coast.

Industry speculation in WA covers a host of big and small potential supply chain and port opportunities at Esperance, Albany, James Point near Cockburn, the Kwinana Bulk Terminal and Geraldton.

Mitsui joins Sumitomo, Chinese state-owned entities COFCO and Beidahuang and multinationals Bunge, Cargill, Louis Dreyfus, Glencore and Archer Daniels Midland jockeying for strategic assets in an industry dominated by CBH in WA and by GrainCorp on the east coast.

Mr Takahashi said diversity and the ability to build business relationships with "reliable and trustworthy" partners were integral to Mitsui’s operations.

Mr Young said Mitsui could be counted on as a reliable and ethical corporate player in the fast-changing grains landscape.