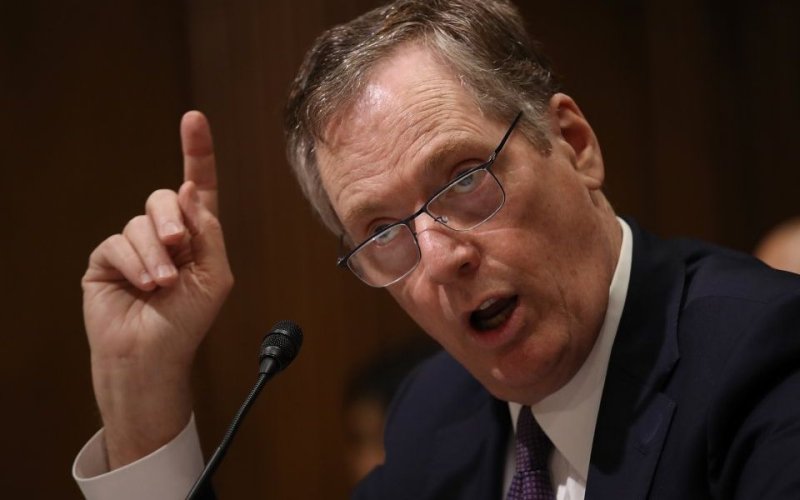 Efforts to secure a free-trade deal between the UK and US are floundering, documents leaked to the UK’s Telegraph newspaper show.

The documents spanning two years show that meetings have made little progress towards a deal because of a chaotic civil service and too few experienced British trade negotiators.

Different approaches to the big issues are also stumbling blocks. Food standards, health and finance regulation are just some of the areas on which the negotiating team cannot agree.

News of the latest leak from inside the British government comes hours after the resignation of Sir Kim Darroch, Britain’s ambassador to the US.

Memos Mr Darroch sent back to the UK’s Foreign Office were also leaked to the press. In them, he described Mr Trump as incompetent, inept and insecure.

The president responded furiously, calling the veteran British diplomat "stupid" and "wacky", before shutting him out of meetings at the White House.

Officials said poor communication between government departments was to blame for the disorganised approach to the trade negotiations.

One of the leaked messages warned that Mr Fox’s visit to Washington could appear to be a “bit of a desperate bid” to show progress was being made.

A senior Cabinet minister said on Wednesday that a comprehensive deal between the two nations “will never happen” because of US demands for access for its farming industry.

A group of smaller deals varying from sector to sector are more likely, the Huffington Post reported.

The UK is swiftly approaching the October 31 deadline to leave the EU, after receiving an extension from Brussels in April.

source: The National
UK US
Subscribe to bilaterals.org weekly