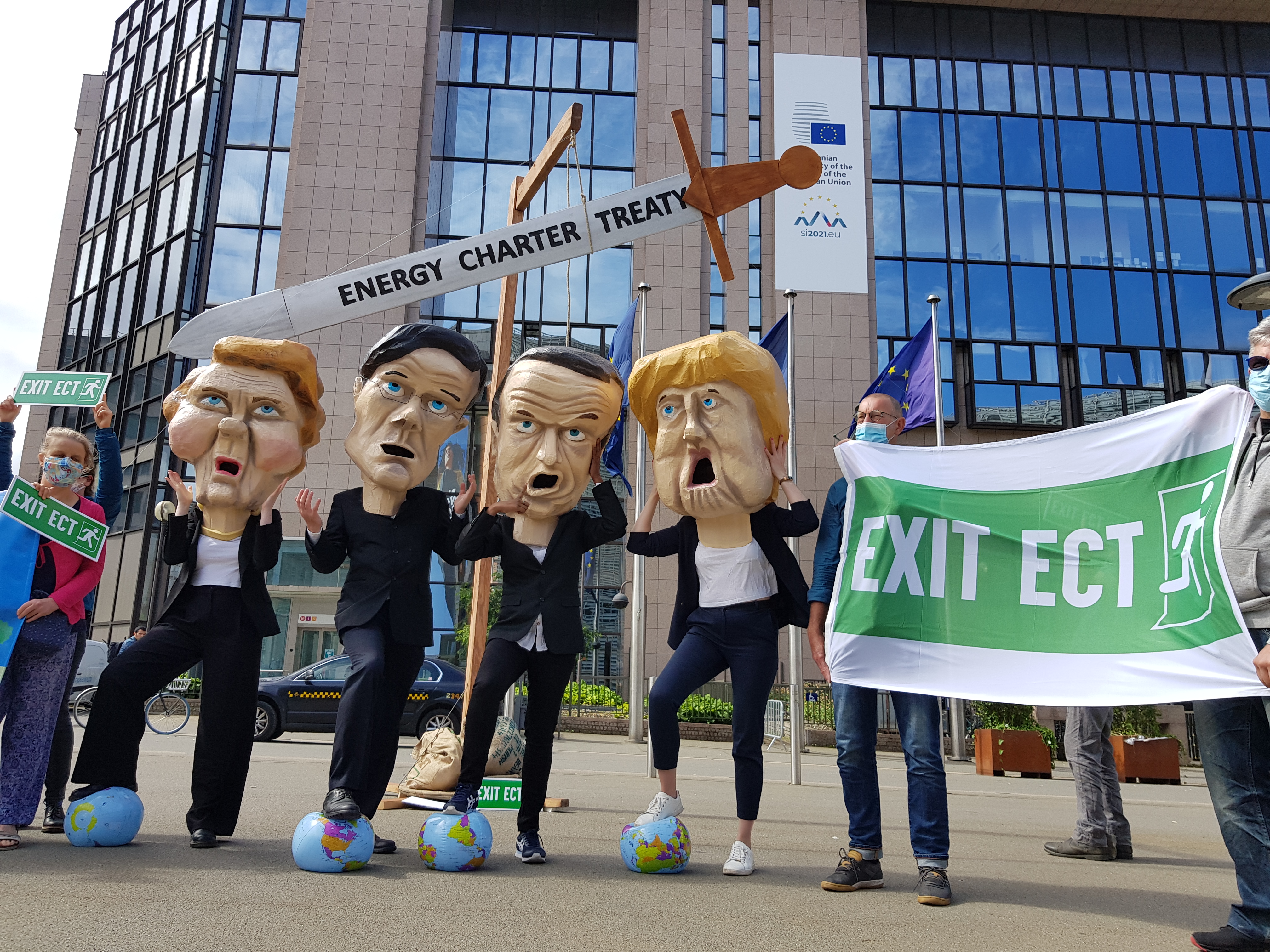 More than 400 are calling on political leaders across all European countries to prioritise climate policies, to stick to their climate commitments, and therefore to initiate withdrawal from the Energy Charter Treaty (ECT) by COP26 at the latest.

Read the full statement in English, German, Spanish and Portuguese and the list of signatories here

The Energy Charter Treaty constitutes an obstacle to the clean energy transition and must be ended. We, the undersigned civil society organizations, are calling on political leaders across all European countries to prioritise climate policies, to stick to their climate commitments, and therefore to initiate withdrawal from the Energy Charter Treaty (ECT) by COP26 at the latest.

European countries aim to be at the forefront of the climate fight, with strong climate commitments from the EU and the UK hosting COP26. Yet, they are part of a treaty that protects investments in fossil fuels and allows energy companies to sue states before corporate courts for taking necessary climate action. Strong scientific consensus tells us that continuing with fossil fuel exploitation is incompatible with good conditions of life on earth in only a few decades.

The ECT – ratified in 1994 in a very different context than the one we live in today – is locking-in billions of euros worth investments in oil, coal and gas: in Europe alone, the fossil infrastructure protected by the Treaty amounts to 344.6 billion euros – more than twice the EU annual budget. Affording protection to energy sources that need to be phased out is simply incompatible with the ambitions set in the European Green Deal and the Paris Agreement to limit global warming to 1.5oC.

The current “modernization process” of the Energy Charter Treaty – started in 2009 – is doomed to fail. Significant changes would be needed to ensure it no longer threatens the 1.5°C or even 2°C threshold, but those changes are unlikely to be agreed given that unanimity of all ECT members is required. In the best-case scenario, it will lead to another 10-20 years of protection of fossil fuels. In the worst case, negotiations will drag on for many years and then fail, leaving our climate at the mercy of fossil fuel giants. We cannot afford that, and need all public policies and investments to be coherent and clearly oriented towards a just energy transition.

The ECT discourages governments from taking bold decisions: any attempt to change public policies or public subsidies in the energy sector can lead to millions or even billions in claims that are paid with taxpayers money. Earlier this year the German coal company RWE sued the Dutch government for adopting a law for phasing out coal fired power plants by 2030 and claiming 1.4 billion € compensation. The same happened in other European countries: Italy was sued when the country banned a new offshore oil exploration permit, as well as Slovenia when requesting an environmental impact study to a company planning to start fracking, and Hungary when reducing electricity prices to fight energy poverty.

Governments cannot have their hands tied while facing the climate emergency. They need to be free to adopt measures to quickly transform our economy and break free from the grip of fossil industries and adapt to climate impacts. This cannot be done with the ECT straightjacket.

In November this year governments will meet in Glasgow to agree on further ambitious climate measures. The ECT is not compatible with that. A petition gathered over 1 million of citizens asking the EU to pull out from the ECT. Today, more than 400 environmental, climate, development, consumers, labour unions, youth organizations and activists, ask all European governments and the EU to leave the ECT by COP26 and stop pushing its expansion to countries of the Global South.