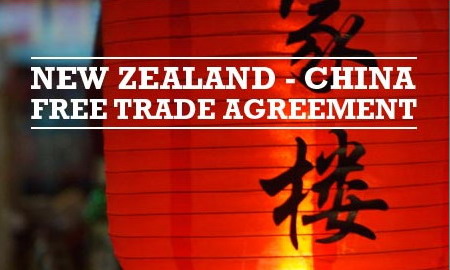 “This ensures our upgraded free trade agreement will remain the best that China has with any country,” Jacinda Ardern said.

She was speaking at the East Asia Summit in Thailand following her bilateral meeting with China’s Premier, Li Keqiang.

“It reflects the importance both countries place on our relationship and builds on the significant mutual benefits both countries have enjoyed as a result of our excellent existing FTA,” Jacinda Ardern said.

Key outcomes of the upgrade include:

• New rules that will make exporting to China easier and reduce compliance costs for New Zealand exports by millions of dollars each year. This includes, for example, faster border release of fresh food products, and other products that may have transited through other countries en route to China.

• The introduction of environmental considerations - the most ambitious environment chapter and the highest level of commitment that China has agreed in any FTA. It includes commitments to promote environment protection and ensure that environmental standards are not used for trade protectionist purposes.

“This is why we entered into upgrade negotiations: to ensure our agreement is modern and deepens our relationship further, and to ensure that New Zealand’s exporters have a deal as good as, if not better than, their competitors,” David Parker said.

In dairy, existing conditions have been maintained, with all safeguard tariffs to be eliminated within just over two years for most products, and four years for milk powder.

“This means that by January 2024, New Zealand will have the best access to China for dairy products of any country,” Jacinda Ardern said.

“Protections in the existing agreement that are important to New Zealanders such as New Zealand’s rules on overseas investment and the Treaty of Waitangi exception remain secure,” Jacinda Ardern said.

The outcome is the result of nearly three years of negotiations. Next steps include legal verification of the draft text, with the signing and release of the text expected in early 2020. China is New Zealand’s largest trading partner, with two-way trade recently exceeding $32 billion dollars.