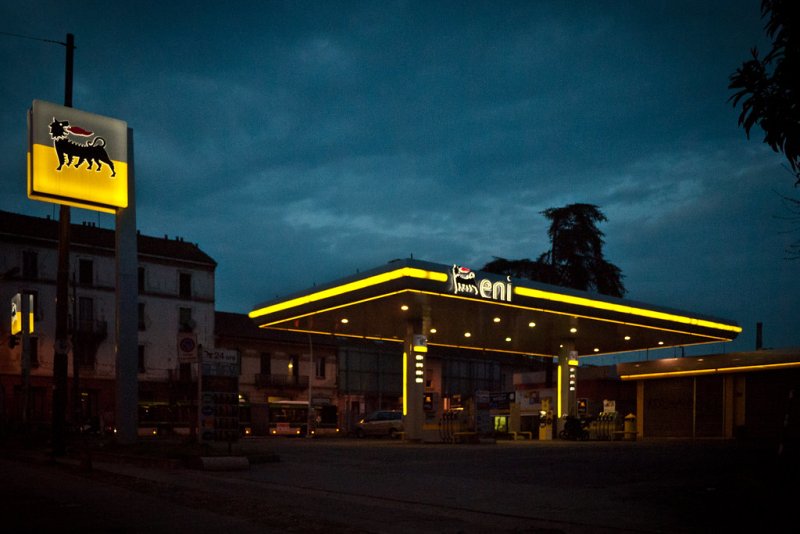 In a letter addressed to the Chairman, International Centre for Settlement of Investment Disputes (ICSID), David Malpass, the groups raised critical issues concerning ICSID lack of diligence in dealing with serious corruption cases in Nigeria warning that the posture of the ICSID may have far-reaching consequences across the global anti-corruption campaign especially as it affects oil giants. The petition was titled “ICSID: Concerns over (1) lack of clear regulations governing cases involving corruption; and (2) the adjudication of cases where underlying Bilateral Investment Treaties (BITS) do not require compliance with host country law.”

The groups warned of a real danger that a parallel adjudication of the OPL 245 corruption charges by an ICSID arbitration tribunal, lacking the clear rules and evidential powers that assist a criminal court, may reach conclusions that undermine or conflict with the findings of the courts in Italy and Nigeria. The anti-corruption groups had helped opened up a can of worms involving several criminal deals associated with the OPL245. But some of the affected companies are seeking refuge under the ICSID frontiers for arbitration that raise fears of a plot to undermine on-going court proceedings in Nigeria and Italy.

The coalition said ICSID as an institution, should not let cases even start when they involve corruption that is being prosecuted or under official investigation.

“ICSID should not allow itself to be put into a position where its registration or tribunal rulings undermine the rule of law or development policy on the fight against corruption. Screening out such is essential if ICSID’s reputation (already undermined by its lack of transparency and the conflicts between its arbitration judgments and ICSID’s foundational development objectives) is not to be further damaged. Likewise, with cases where a lack of legality clauses might mean illegal contracts are considered fit for adjudication.”

In the petition, they argued that it cannot be right that investors are able to use letterbox companies established for tax benefits to “forum shop” BITs by taking claims in the name of companies which have had no role in negotiating or fulfilling the contracts under dispute. ICSID needs to take urgent steps to ban this practice.

“More generally, there is an urgent need for ICSID to clarify its rules relating to cases where corruption is pleaded by a party or suspected by the arbitrators. A clear duty should be imposed on the arbitrators to report such suspicions to the appropriate investigatory authorities and to suspend hearings until those investigations have been concluded”, the groups argued.

ICSID should, according to the international coalition, acknowledge the primacy of national courts in trying corruption cases. We would therefore urge that rules are introduced to deny registration of cases where corruption has been proved or suspend registration and/or jurisdiction to cases that are either being prosecuted or under investigation by National prosecutorial authorities, pending conclusion of such investigation or prosecution, the groups said. The Eni case is a test of ICSID’s resolve in this regard, they added.

The groups said they are concerned about the ICSID’s long-standing failure to promulgate clear rules for addressing cases where corruption has been alleged, resulting in a well-founded perception that arbitration is now “a venue where agreements vitiated by corruption find legitimization and enforcement”

The coalition said it is concerned that the ICSID is willing to accept cases for arbitration based on outdated (and arguably illegitimate) Bilateral Investment Treaties (BITs) that do not require investments to comply with host country law.

The groups said the ICSID action is enabling investors to benefit from illegal or corrupt investments apart from providing them with a tool for resisting actions by host states seeking to hold the corrupt to account.

So long as these failings remain unaddressed, ICSID must be viewed as unfit for purpose in the fight against what the Bank has described as the “cancer of corruption”.

They said that given the toxic implications of corruption for development in so many countries, it is surely unacceptable that the Bank, financed by public money, should continue to play host to an institution that would appear to have taken on a role providing succour to the corrupt, thus undermining the Bank’s central mission.

“We are aware that ICSID is updating its rules, however, the proposed amendments do not address the concerns we are raising in any substantive detail, if at all. Cases where investors stand to benefit from ICSID’s continuing failure to address concerns over the corrupt nature or outright illegality of disputed contracts are still being accepted for adjudication, to the detriment of the public interest” they wrote in the petition sent to the group’s New York office.

They called on the President of the World Bank Group and Chair of the ICSID Administrative Council, to take urgent action under Article 6.3[5] of the ICSID Convention to empower the Secretary-General to declare cases to be manifestly outside the jurisdiction of ICSID where ccorruption is proven in a separate legal process or a contract has been proven to be illegal under host country law (irrespective of whether the underlying BIT or BITs has a clause requiring compliance with host state law).

They noted that in cases where corruption related to a contract is being investigated or prosecuted by national authorities, ICSID should suspend consideration of the case until such investigations or prosecutions have been concluded.

The groups condemned the recent registration of a request by Eni International B.V. (The Netherlands), Eni Oil Holdings B.V. (The Netherlands), Nigerian Agip Exploration Limited (Nigeria) “the Eni companies” for the institution of arbitration proceedings against the Federal Republic of Nigeria where Eni accused Nigeria of refusing to abide by what are said to be its obligations under agreements signed in 2011 to convert an Oil Production Licence for an offshore field (known as OPL 245) into an Oil Mining License.

In its defence, Nigeria claims that the sale of OPL 245 to Eni was the product of corruption, over $1 billion allegedly being paid in bribes to acquire the oil licence. This is denied by Eni.

The coalition said the details of the corruption that has been alleged are not germane to the petition but that what is of importance is the prosecutions relating to the OPL 245 deal are live in two jurisdictions (Nigeria and Italy) and that the Nigeria-Netherlands BIT contains no clause requiring compliance of investments with host government law.

“Should the ICSID proceedings be allowed to go ahead, there is a real risk that deficiencies in the ICSID rules will result in a ruling that conflicts with those of courts in Italy and Nigeria, to the detriment of justice” the coalition stated.

They noted that following investigations into the OPL 245 deal by the prosecutorial authorities in Italy and Nigeria, a number of corruption cases have been or are being prosecuted leading to two intermediaries that have already been convicted in Italy for their role in the deal, while the conviction is being appealed and that Eni S.p.A is currently being prosecuted in Italy and Nigeria over the deal. Nigerian Agip Exploration Limited (a claimant to ICSID) is also being prosecuted in Nigeria. The Eni companies (along with other co-defendants) have denied any wrongdoing.

Investigations are also live in The Netherlands, where the prosecutors have told Royal Dutch Shell, which was also a party to the deal that they have sufficient evidence to prosecute. Shell denies any wrongdoing. The groups noted that were ICSID to accept jurisdiction for the Eni claim, arbitrators would be required to rule on matters that are already before the courts in Italy and Nigeria, in circumstances where ICSID’s current rules severely restrict the arbitrators’ ability to probe and adjudicate corruption allegations.

“As ISCSID itself acknowledges, “corruption” is not even defined in the ICSID Convention, leaving tribunals without a clear legal benchmark to judge what is or is not a corrupt contract. By contrast, the courts in Italy and Nigeria are guided by a clear definition that is written into national legislation. Arbitrators face other challenges that arise from the ICSID rules. Unlike judges in criminal courts, for example, arbitration panels have no clear authority to compel evidence, they can request parties to produce documents, witnesses and experts but the parties may decline to comply, albeit with their non-compliance being officially recorded.”