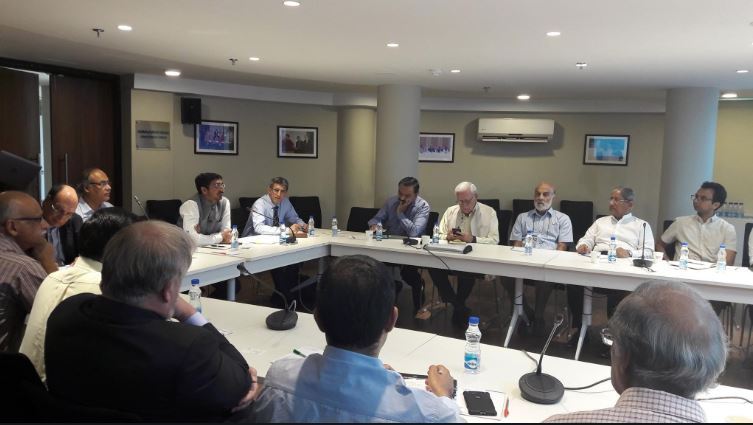 The concept of the Indo-Pacific has been in existence for several years now, although it has recently gained renewed traction. An understanding of the Indian and Pacific Oceans forming a common strategic space underpins this concept. It therefore emphasizes the maritime dimension of security in the region. It also implicitly elevates the role of India as a major actor and security provider in the region. India’s increasing role in the region has been a reaction to the dynamic changes in the international order. The US which has been a major security anchor in the region has undergone significant change in its foreign policy posture. The rise of China in the Indo-Pacific has also challenged the long-standing dominance of US in Asia. Therefore, political uncertainty in the US, rapid economic growth, China’s Belt and Road Initiative and its growing assertiveness, and erosion of ASEAN unity – among others – has compelled India to step up its contribution to a region that is also of vital economic interest to India.

India’s posture towards the region has been that of a regional balancer. It believes that an open, multipolar and rules-based order is central to any security architecture in the region. As evidence of this, India has stepped up its engagement with other like-minded powers such as Vietnam, Indonesia, Singapore, Japan, and Australia. Trilateral partnerships between India-Japan-Australia and India-Japan-US based on a commonality of interests are also particularly important. To that end, the concept of the ‘Quad’ is more of a strategic partnership between the US, India, Australia and Japan, rather than an alliance. The Quad does not function at the expense of ASEAN centrality, but as a possible insurance against the erosion of it.

Trade is an incentive structure to maintain peace and stability that is critical to any region. In that sense, trade and security are intertwined. India recognizes that it cannot grow without an engagement with the word. Maritime Asia therefore forms an important part of India’s economic growth trajectory. Countries in the Asia-Pacific interact with each other through plurilaterals and the World Trade Organization (WTO). With stalling of the WTO process, regional agreements like the Regional Comprehensive Economic Partnership (RCEP) and Trans Pacific-Partnership (TPP) become critical for trade. While India is still unwilling to consider being a part of the TPP, it is extremely interested in RCEP and is willing to engage in all ways possible. India has already made important concessions, for example in its investment policies, in order to engage in RCEP. However, sensitivities remain about the nature of services in the RCEP agreement.

India and New Zealand see the world and the security architecture in the region differently because of significant differences in their demographics, geography and economic prowess. Unlike India, New Zealand does not face any traditional security issues such as territorial disputes. Non-traditional security challenges such as crime in maritime spaces, pollution, environmental degradation, and piracy are more dominant challenges. New Zealand believes in openness of trade, competitive advantage and enhancing capabilities through technology transfers and education. New Zealand also believes in an inclusive security architecture in the region, with ASEAN as its center. It wants to engage with China while ensuring that the changing regional architecture aligns with its values and interests.

While there are significant differences between India and New Zealand on issues such as agricultural trade and services, there are also common interests. There can be opportunities for both countries to explore maritime cooperation between their navies. Humanitarian and Disaster Relief (HADR) and counterpiracy are important areas of concern for both countries. Ecological and environmental challenges can also have common solutions. Trilateral cooperation with like-minded countries like Australia and Singapore is also worth exploring. In conclusion, trade agreements like the RCEP, ASEAN-centric security architectures, and Indian diaspora linkages can form important strategic links between India and New Zealand.