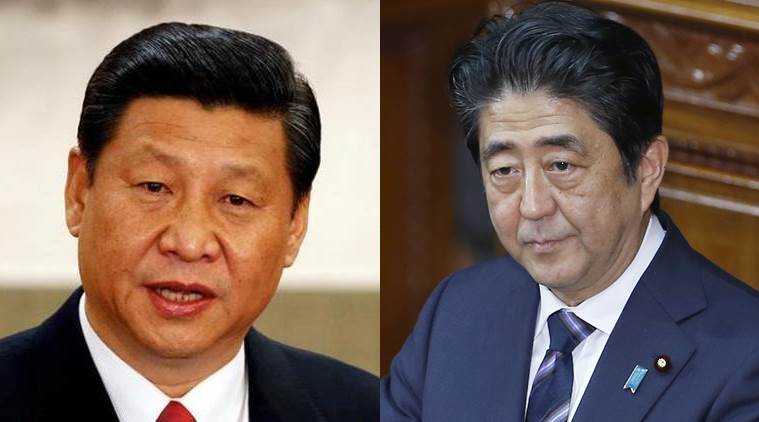 Behind a screen of regional trade and investment agreements, a “proxy war” is being waged between China and Japan – the top two economic power houses in the region – to establish their economic dominance in Asia and beyond. This simmering rivalry could intensify this year, and may potentially affect economic and business prospects across a wide geographical area, including the Middle East.

The struggle is masked by neutral-sounding official agreements on trade, investment and infrastructure at regional platforms such as the Association of Southeast Asian Nations, the Trans Pacific Partnership (TPP) and the Regional Comprehensive Economic Partnership.

China is pursuing its ambitions through the One Belt-One Road initiative, while Japan’s agenda is driven via the Japan and India-backed Asia-Africa Growth Corridor (AAGC).

These two initiatives add fuel to the fire in the rivalry for the regional dominance between the world’s second and third largest economies, China and Japan. It’s not only the crown of being the dominant player in the region at stake ; also in play are multibillion-dollar contracts for the taking in Asia, the Middle East, Africa and the broader European region.

Many regard China as the would-be leader of the global economy and it is intent on displacing the US in this role. President Donald Trump, for one, appears to see things this way ; Washington recently designated China as a threat to US strategic as well as economic dominance across the globe. However, Toyoo Gyohten an adviser to the Bank of Tokyo Mitsubishi, says China’s ambitions, for the present at least, are limited to becoming primary leader of the Asian region.

“China is not ready to challenge the US in terms of economic, military or technological power,” he says.

If displacing the US is not on the Chinese agenda for the time being, the analysis by Mr Gyothen suggests China is on a potential collision course with Japan, which has long thought of itself as the de facto leader among Asian nations. However, it lacks China’s physical size, population and other resources.

To compensate for these deficiencies, Japan has sought an economic hinterland in South East Asia, where markets and natural resources are abundant while financial and technological resources are limited. This explains Japan’s close association with that particular part of the region and its anxiety to influence the it trade and investment pacts.

However, China is playing the same game as Japan. It has not only replicated such arrangements with Asean but went further and cemented economic and other ties with the Middle East and North Africa via its One Belt-One Road initiative for intercontinental infrastructure networks. This has introduced a whole new dimension to the China-Japan rivalry.

Back in 2010 when former president Barack Obama put Washington’s weight behind the TPP as part of his China-countering pivot towards Asia, it looked as though the US was set to become Asia’s economic hegemon. The TPP was all about exerting US economic leadership – and neither China nor India were among its dozen members.

Japan did not join the TPP negotiations until 2013, at which time Beijing opted to support a rival in the shape of the RCEP building on an earlier scheme promoted by Asean to include China, South Korea, India, Australia and New Zealand as well as Japan. This time it was the US that was left out.

With Mr Trump abruptly pulling the US out of the TPP agreement last year, things were thrown into confusion from Japan’s point of view. Its rival, China, appeared likely to be calling the shots from then on in terms of shaping Asian economic integration (via the RCEP), at least in the areas of trade and investment rules.Tokyo needed to respond.

Prime minister Shinzo Abe lobbied with other TPP members to get the agreement back on track as the “TPP 11” even without the 12th member, the US, being involved. The agreement, excluding some of its original provisos now looks like it will be ratified in early in 2018 by most members under the name of the Comprehensive and Progressive Trans Pacific Partnership.

Chinese president Xi Jinping’s One-Belt-One Road initiative scheme launched in 2013, a hugely ambitious scheme for linking Asia and Europe with parts of the Middle East and North Africa. Not to be outdone, Japan’s Mr Abe and Indian prime minister Narendra Modi launched their own AAGC, which also is designed to connect large parts of Asia with Africa via the Middle East.

Both One Belt-One Road and the AGCC have implications that go beyond how the infrastructure develops in these regions. They will affect economic development, investments and business development in scores of countries – about 60 in the case of One Belt-One Road – along their routes. Maritime elements of both will give control over key port facilities.

This is strategic thinking on a grand scale, and its significance appears to have eluded Mr Trump.

With his plans to spend US$1 trillion on renewing stalled infrastructure in the US, he is unlikely to be able to throw his country behind either Obor or the AAGC, says economics professor Yuqing Xing at Tokyo’s Graduate Research Institute for Policy Studies.

In the end, it comes come down to money. He who pays the piper calls the tune. With its huge foreign exchange reserves, China has appeared as paymaster general for Asian development. But those reserves have been depleted by capital outflows and now China is having to offer foreign aid in the form of its own currency, the yuan, rather than in dollars.

The key to future influence and power-buying could lie with the China-led Asian Infrastructure Investment Bank, which has won Triple A credit ratings and can tap global bond markets for funding the One Belt-One Road initiative. This would mean vast amounts of project work for Chinese contractors unless Japan, and maybe the US, throw their weight behind the AAGC to ensure that Japanese and US business is not left out.