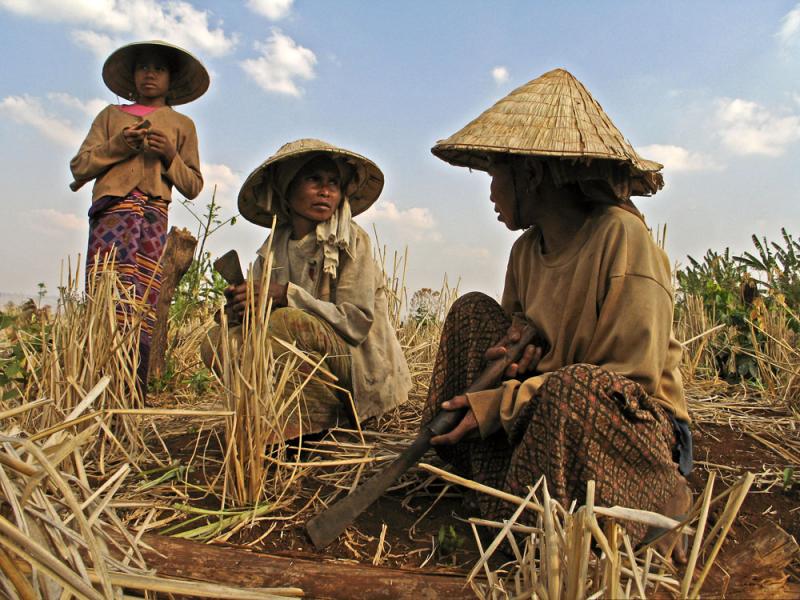 The Regional Comprehensive Economic Partnership (RCEP) is a proposed mega-trade agreement that involves 10 countries of Southeast Asia and six of their trading partners.[1] If adopted, it will be the biggest trade deal in the world. RCEP will not just change rules on the export and import of goods and services; it will change how governments decide on rights to land and who has access to it. Therefore, it has the potential to increase land grabbing across Asia – already a huge problem in this region. The implications are far-reaching, with millions of farmers’ and fisherfolks’ livelihoods at stake in RCEP member countries where the population is struggling to feed itself.

Land is a basic necessity in agriculture. Land grabbing by foreign investors and agribusiness deprives and compromises the lives and livelihoods of small farmers and indigenous communities who are trying to sustain food production. At the same time, land concentration tends to make countries more vulnerable to fluctuating food prices, speculation and the need for imports.

Among RCEP member countries, over 9.6 million hectares of farmland have already been transferred from rural communities to foreign corporations over the last decade.[2]The largest transfers happened in Australia, Cambodia, Indonesia and Laos. Interestingly, most of the land grabbers came from other RCEP countries.

Companies such as the Singapore-based Wilmar and Olam, the South Korean conglomerate Daewoo or the Chinese agriculture company Beidahuang Group are among those that have acquired hundreds of thousands of hectares of farmland concessions across the RCEP region. In Cambodia and Laos, the majority of foreign farmland owners come from neighboring RCEP countries Vietnam and Thailand, followed by Chinese and South Korean conglomerates.

Since RCEP talks began in 2012, we are also seeing the rise of e-commerce and information technologies that are attracting new corporations into farmland investing among RCEP member countries. China’s e-commerce giant Alibaba has reportedly acquired 29 dairy farms in New Zealand totaling 12,000 hectares. And the aggressive growth of indoor farming has companies from China, Japan and South Korea investing in food production in Singapore and Vietnam.[3]

The RCEP trade deal has the potential to exacerbate and escalate this trend of land grabbing. The negotiating text is secret, but according to leaks[4], RCEP proposes rules that will facilitate the transfer of lands from small food producers to big agribusiness. These provisions are found in two chapters: the investment chapter and the services chapter. Both oblige governments to remove barriers to foreign investment, including in agriculture and in service industries that revolve around food and farming.

Civil society organisations across RCEP member countries are very concerned about how this trade deal will impact food and farmers. RCEP is putting people’s livelihoods as well as their rights at risk, while aggressively providing protection and privileges to corporations. And the struggle is already threatening lives: land defenders in RCEP countries, especially India, the Philippines and Myanmar, are being harassed and killed, mostly in struggles against agribusiness companies.[9]

In this context and with so much at stake, we must demand:

What can we do?