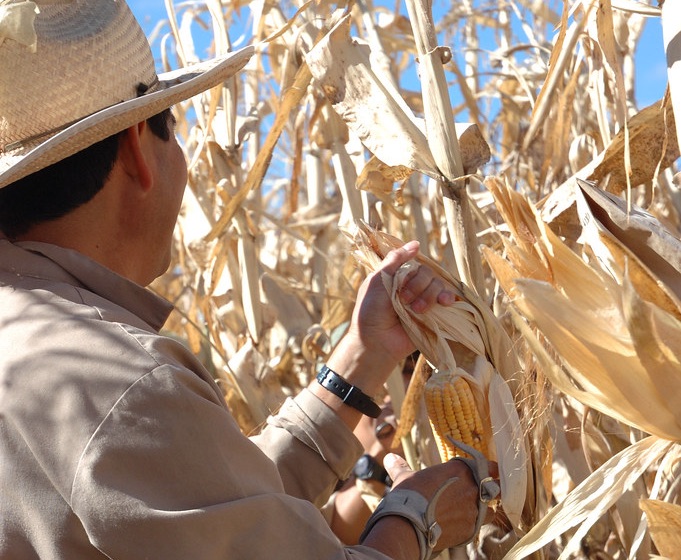 Sophia Murphy is the executive director of the Institute for Agriculture and Trade Policy. She is a food systems and international economy expert with 30 years of experience.

Recent calls for the U.S. government to launch a trade dispute over Mexico’s proposed decree to ban the herbicide glyphosate and the planting and importation of genetically-modified (GM) corn mischaracterize the science on glyphosate, the decree and the role of U.S. trade policy.

Newly appointed United States Trade Representative (USTR) Katherine Tai should take a cold, hard look at the science to which these calls allude, and the track record of the products singled out by Mexico’s decree. The decision to ban glyphosate comes after long study based on an extensive review of the science by Mexico’s leading science agency, which confirmed the need for precaution. The scientists pointed to the World Health Organization (WHO) finding that glyphosate is a "probable human carcinogen." At home, three U.S. courts have ruled that exposure to the herbicide Roundup (whose active ingredient is glyphosate) causes the cancer non-Hodgkin’s Lymphoma. Bayer, which took over the lawsuits when it acquired Monsanto in 2018, has created a fund of almost $11 billion for settlements, suggesting the company has stopped fighting the science. Using U.S. diplomatic capital to push chemicals on an importer whose elected officials are following the advice of the WHO seems a strange way to uphold science. And it won’t help the already battered public reputation of trade agreements.

As for the ban on imports of GM corn, the issue has a history. Mexican courts put an injunction on experimental GM corn planting in 2013 because Mexico is the center of origin for maize (as corn is known elsewhere in the world), and the rich store of maize biodiversity is a valuable natural resource. Its genetic integrity is threatened by gene flow from the pollen of GM corn, which in Mexico has spread both from permitted GM corn fields and from inadvertent planting of unlabeled kernels of imported GM corn.

Some commentators have insinuated that Mexico is hiding behind food sovereignty to protect domestic corn production from GM corn imports. Actually, it is to be hoped the government would prioritize food security and public health. The World Trade Organization (WTO) dispute system invoked by one critic as the appropriate place to adjudicate a dispute has ruled in favor of exporters selling asbestos and against publicly funded initiatives to support renewable energy infrastructure. The WTO rules are weak where it matters. The Institute for Agriculture and Trade Policy, where I serve as executive director, has documented the dumping of U.S. corn in international markets by the dominant grain traders for several decades — all WTO-legal. It is hardly surprising that the Mexican government wants to revitalize rural areas devastated by the dumping of U.S. corn at prices below production costs. Perhaps the U.S. government will learn from the example.

It is an important time for global trade policy. Tai needs to rebuild U.S. credibility as a committed trade negotiator, especially at the WTO, where U.S. neglect began under President Obama with the shift to regional agreements such as the Trans-Pacific Partnership. The move eviscerated the principle, dating back to the 1947 General Agreement on Tariffs and Trade, that open trade should be extended to all nations, rather than limited to exclusive enclaves.

The U.S. should not bring a case against Mexico. USTR Tai should instead use this extraordinary moment to realign trade policy with 21st century realities. The Biden administration’s unprecedented commitment to overcoming deeply established structures of racism and exclusion in the U.S., coupled with the appointment of a serious cross-government team of climate experts that understand the urgent need for economic transformation, creates a transformational lens for all U.S. economic relationships. Mexico’s decree is a tailor-made opportunity for the new USTR to “build back better” after the chaos wrought by President Trump’s trade choices and the neglect of respectful multilateralism that preceded them.