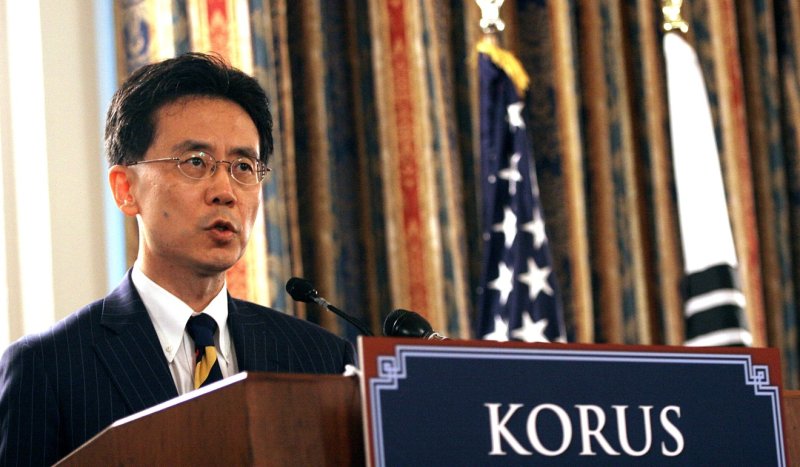 S. Korea discloses revised clauses of FTA with US

SEOUL, Sept. 3 (Yonhap) — South Korea will collect public opinions on the recently revised free trade agreement (FTA) with the United States before sending it to the parliament for approval, setting a goal of completing domestic procedures within this year, Seoul’s trade ministry said Monday.

The Ministry of Trade, Industry and Energy unveiled the revised clauses of the open trade pact, widely known as the KORUS FTA, to collect opinions until next Monday, which is a prerequisite under the local trade law.

The Seoul government will arrange a date for the formal signing with the U.S. government and send the revised pact to the parliament for approval. A trade pact requires parliamentary ratification before it goes into effect.

The latest procedure comes nearly six months after the two sides agreed "in principle" on key issues to update the 6-year-old deal at the request of Washington, which mainly focused on reducing its trade deficits in the auto sector.

Under the revised pact, the U.S. will extend a tariff of 25 percent on imports of Korean pickup trucks by another 20 years to 2041, setting hurdles for Korean exporters beyond the previously agreed deadline.

The agreement calls for Seoul to double the 25,000-vehicle unit threshold for U.S. car imports that do not have to comply with domestic industry regulations, which would enable 50,000 vehicles to enter South Korea more easily.

Seoul also will apply eased vehicle emission standards for cars shipped from 2021-25 when setting new import regulations. American manufacturers complained that the environmental regulations act as a non-tariff barrier for their cars.

In the pharmaceutical sector, South Korea agreed to revise its premium pricing policy for global innovative drugs to ensure non-discriminatory and fair treatment of U.S. pharmaceutical exports. Korea’s Health Insurance Review and Assessment Service will prepare a draft on the drug pricing policy by the end of this year.

The two sides also agreed to make minor edits to the investor-state dispute settlement (ISDS) clause and to improve the transparency of anti-dumping and countervailing duty proceedings.

While investors could sue countries through international arbitration bodies for alleged discriminatory practices under the present ISDS provision, the two sides added clauses to prevent potential abuse of the arbitration system by multinational companies and to better safeguard the right to regulate in the interest of the public.

"The mere fact that a party takes or fails to take an action that may be inconsistent with an investor’s expectations does not constitute a breach of the article, even if there is loss or damage to the covered investment as a result," the revised investment clause reads. "The relevant treatment distinguishes between investors or investments on the basis of legitimate public welfare objectives."

The Seoul government aims to complete domestic procedures by the end of the year, but the schedule may vary depending on whether Washington exempts Korean autos from the list of 25 percent duties, proposed by the Donald Trump administration on national security grounds.

Local lawmakers have pointed out that any tariffs on Korean vehicles under Section 232 of the Trade Expansion Act would hamper the ratification process of the revised trade deal.

During a parliamentary meeting on Aug. 21, Trade Minister Kim Hyun-chong said South Korea is not the main target of the proposed U.S. tariffs on foreign vehicles as the country made concessions in the auto sector in the revised FTA.

Kim Tae-nyun, executive director of the Korea Automobile Manufacturers Association, said it is desirable for South Korea to send a message to the U.S. that Seoul is making efforts by signing the revised free trade deal with Washington before the U.S. midterm elections in November.