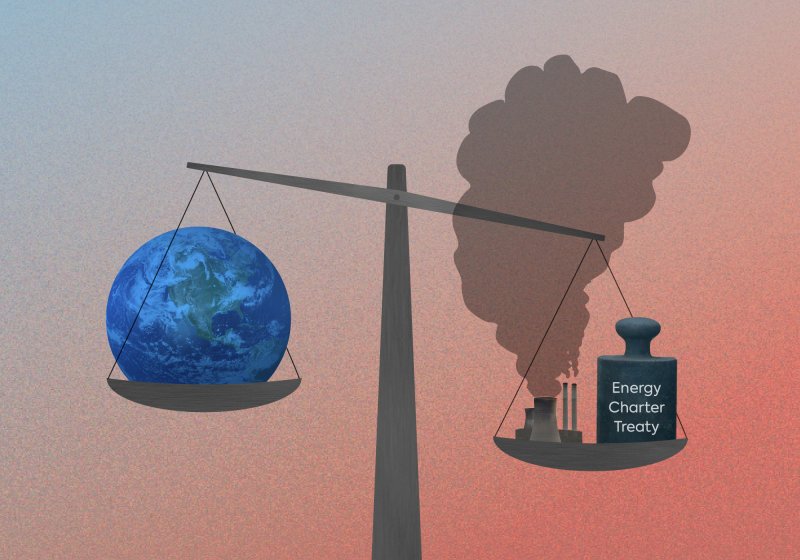 To tackle the climate crisis we need to keep fossil fuels in the ground. But governments that phase out coal, end gas production, or stop oil pipelines can be sued by corporations in private courts and be held liable for billions in damages. How? Under the Energy Charter Treaty (ECT). It is now up to EU governments and the European Commission to pull out of the anti-climate ECT and stop its expansion to even more countries. Take action today to make this happen!

Pull out of the Energy Charter Treaty and stop its expansion to other countries! The treaty allows coal, oil, and gas corporations to obstruct the transition to clean energy. Disarm fossil fuel firms now, so they can no longer impede urgent climate action!