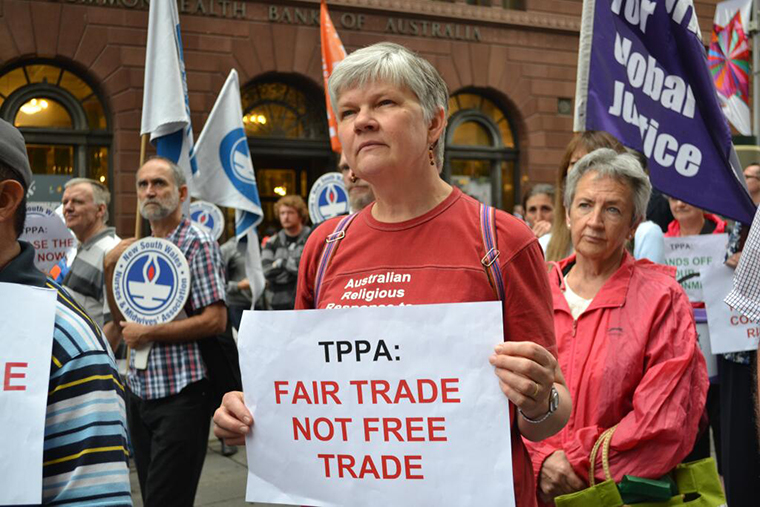 Tell federal MPs and Senators: vote NO to TPP-11

The original TPP-12 trade deal between the US Australia and 10 other Pacific Rim countries could not proceed after the US withdrew in 2017.

Australia and Japan led the push for the TPP-11 without the US, which was signed in March 2018. Some clauses have been suspended, pending the US re-joining in future. But the deal still gives more rights to global corporations and reduces government rights to regulate in the public interest.

Parliament will vote on the implementing legislation after both Committees report in August-September 2018. It can be stopped if the majority in the Senate say no.