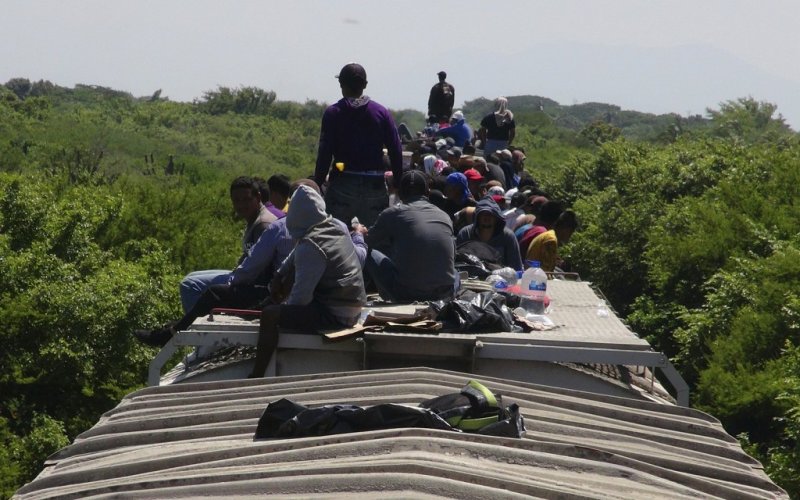 Latinos know better than anyone what “free trade” really means

Often when we talk about the immigration reform crisis in America, from the left or right, we forget how 11 million economic refugees found themselves in the United States without documentation. We neglect to mention the economic forces that drove families north in search of jobs to provide for children and grandparents.

Latinos know better than anyone what “free trade” really means: a global race-to-the-bottom on wages, working conditions, consumer protection and environmental regulations that have devastated and impoverished communities across the globe.

This is the case with the newest of these deals, the misleadingly named Trans-Pacific Partnership.

And still, one of our most prominent leaders in the Latino community, Sen. Robert Menendez, D-N.J., has yet to come out against this race-to-the-bottom deal, despite the havoc these deals have caused in the past. More alarming, Fast Track, the legislation that would allow the TPP to pass without meaningful Congressional review, is likely to be introduced this week, meanwhile Menendez has remained silent about his position on Fast Track.

The TPP would displace 1.2 million workers across Mexico and the Caribbean and nearly 170,000 in the U.S., according to Mary O’Rourke, an industry analyst.

How many more economic refugees will venture north as a result, ending up in the stirring pot of anti-immigrant, anti-Latino hatred that has consumed American politics as of late?

Menendez cannot morally remain on the sidelines while our communities are sold out to multinational corporate behemoths, yet again. Latinos across New Jersey and the country will not forget elected officials who leave us out in the cold this time.

Now is the time to remember what exactly the last one of these deals left us with, and just what Menendez is risking with his silence on the issue.

The North American Free Trade Agreement, which took effect 20 years ago, led to the offshoring of hundreds of thousands of American jobs, many in the textile, garment and manufacturing sectors that largely employed Latinos.

NAFTA led to millions of Mexicans losing their livelihoods along with a simultaneous surge in food prices. This resulted in the forced migration by millions of economic refugees, who sought a way to support themselves and their families, as they had been able to for generations before trade deals robbed them of their livelihoods. Displaced Mexican workers fled to urban centers in Mexico and to the United States.

NAFTA’s failure is a powerful preview to what will happen if Menendez stays silent on Fast Track and the Trans-Pacific Partnership.

Cruelly, the passage of NAFTA coincided with a surge in anti-Latino sentiment stoked by a combination of genuine bigotry and craven political calculation and dog-whistle politics, which subjected the entire Latino community — immigrant and non-immigrant alike — to unchecked xenophobia and racism.

That continues today, as evidenced by politicians like Jeb Bush and Mitt Romney scheming up new and brutal ways to make undocumented immigrants’ lives so hellish that they ‘self deport.’ Latinos, regardless of immigration status, end up stuck in the crosshairs.

What’s more — NAFTA gave corporations frightening power to intimidate governments. It included provisions allowing corporations to sue governments for profit loss if governments acted to protect the health and well-being of their citizens. Even when countries try to stop the brutal job losses created by such a free trade deal, their hands are tied.

There are doubtlessly well-meaning folks who support massive corporate power-grabs like the TPP out of a genuine but misguided belief in free-trade fantasies. Unfortunately, reality is more of a nightmare than a dream for those of us without a multinational corporate bank account.

Make no mistake — behemoth corporate interests will be the only winners if TPP passes. Pharmaceutical companies will be able to force developing countries to limit access to low-cost generics, Wall Street banks will be able to escape new financial regulations, and that’s just the beginning. The TPP will put profits over people.

Menendez needs to speak up now against Fast Track and the TPP. We need his leadership, we need his opposition. We need to know whose side Menendez is on, because millions of lives are about to change for the worse if he does not act.