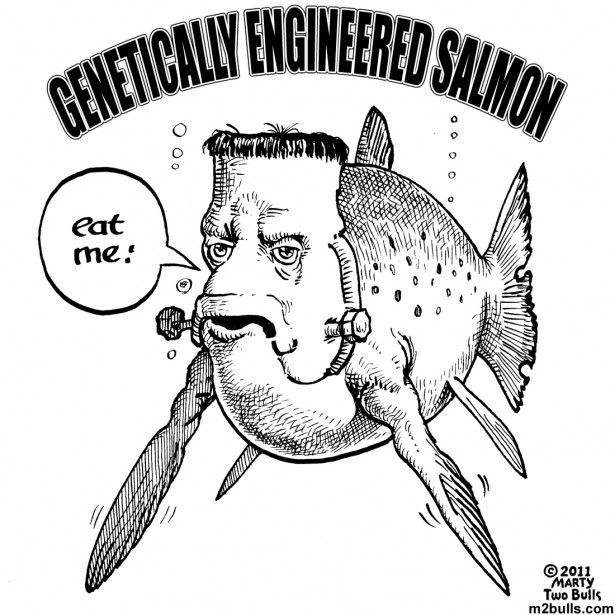 If governments turn out to be absolutely desperate to sign FTAs with the US they won’t have much choice but to deal with an administration whose motto is “America first”, which may mean learning to love all our genetically modified produce, among other concessions.

Translation: Now that the White House is under new management, the United States is done negotiating sprawling trade pacts that cover many countries at once. That means accords like the 12-country Trans-Pacific Partnership, which Trump withdrew the U.S. from last month, are a thing of the past. Instead, the administration will focus on cutting deals with individual trade partners, one at a time.

Trump has been clear on this point since his days on the campaign trail, and often speaks as if it were the miracle cure for our trade deficit. “There is no way to fix the TPP,” he said during a high-profile economic speech in June. “We need bilateral trade deals. We do not need to enter into another massive international agreement that ties us up and binds us down.” The president offered the same message more recently after officially pulling out of TPP. “Believe me, we’re going to have a lot of trade deals,” he said. “But they’ll be one-on-one. They won’t be a whole big mash pot.”

What’s wrong with a mash pot, you might ask? And is negotiating mano a mano, nation-state to nation-state, really the key to unlocking the terrific trade deals Trump has promised?

Count me as skeptical.

For starters, there is a good reason trade experts tend to favor big, multilateral and regional deals in the first place, and it’s not because they are conniving globalists under the thumb of George Soros. One rationale is that large deals keep things simple for businesses by establishing a single set of rules, which encourages more trade. When governments negotiate lots of separate bilateral agreements, some policymakers argue it can create a messy “spaghetti bowl” of overlapping and conflicting standards that make exporting around the world a pain. “You don’t want inconsistent rules and inconsistent approaches,” Mickey Kantor, the former U.S. trade representative who led negotiations to create the World Trade Organization and NAFTA during the Clinton administration, told me.

Sometimes, it’s also easier for multiple countries to reach a deal than it is for just two countries. Chad Bown, a senior fellow at the Peterson Institute for International Economics, compared it to a three-way trade in the NBA: A pair of countries (or teams) might not have much to offer each other, but add another into the mix, and everyone can leave happy.

One former high-ranking trade official offered me this real-world example: At the start of TPP negotiations, United States negotiators knew that New Zealand would want access to the American dairy market, something that likely wouldn’t sit well with U.S. farmers. However, because American dairies stood to gain from more access to the Canadian market, it was possible to find something in the deal for everybody. (The official did not want to be seen publicly criticizing the new administration this early in its term and asked to be quoted anonymously in order to speak candidly.)

As far as I’ve seen, Trump and his brain trust have never fully explained why they think bilateral deals are a better way to manage trade. But there are enough clues to figure out their reasoning. First and probably foremost, Trump and his close adviser Steve Bannon are philosophically opposed to anything that smells faintly of international governance. They envision a world of solitary countries doggedly pursuing their own national interests, not the “globalist” status quo they campaigned against. One-on-one trade deals fit that model much better than groups like the WTO or TPP-style pacts that span multiple continents.

More prosaically, Trump seems to dislike agreements like TPP because they keep the U.S. from throwing its full weight around on the world stage. The president thinks they’re too hard to get out of once implemented (he’s compared them to “quicksand”) and his team has suggested they give small countries too much clout during trade negotiations. (Press Secretary Sean Spicer recently complained that TPP left the U.S. “on par with some very small countries.”) Sticking to bilateral talks would give the U.S. more leverage at the bargaining table while making it easier to walk away from deals that don’t work out in America’s interests—or so their thinking seems to go. The president has even promised that any new trade agreement he strikes will include a 30-day termination clause, just in case “that particular country doesn’t treat us fairly.” He wants to be able to fire our trade partners, and on very short notice.

Trump might be right that bargaining one on one will give the U.S. the upper hand during trade talks. We’re big. We’re rich. Lots of foreign companies want access to our market. “Tactially, it is true” that we’d have more leverage, Lori Wallach, director of Public Citizen’s Global Trade Watch, told me. As an illustration, she explained that during the TPP negotiations small countries were able to team up and present a united front to resist some of the U.S.’s most extreme demands about pharmaceutical regulations. South Korea, in contrast, wasn’t able to put up the same kind of fight when it negotiated its own solo free trade agreement with the Bush administration. “The pharmaceutical industry’s wish list was pushed further in a bilateral deal with a relatively powerful country, compared to how a group of relatively small countries bound together and stopped them in the TPP,” Wallach said.

If other governments turn out to be absolutely desperate to sign free trade agreements with the United States in the coming years, Trump’s bilateral approach might look pretty smart. And some countries surely will be desperate. Great Britain, which is presently sawing itself off from the European Union, is betting hard that it will be able to strike some sort of deal with its former colony. They won’t have much choice but to deal with an administration whose motto is “America first”—which may mean learning to love all our genetically modified produce, among other concessions, whether they really want to or not.

But how many other countries are really going to be that desperate? Sure, Japan or India might be open to a bilateral deal with the U.S. right now. But Trump and his advisers have laid out a three-part doctrine that says all trade deals must decrease the U.S. trade deficit. So long as all of our deals are two-way negotiations, that means they will have to increase our trade partners’ deficits. What foreign politician wants to sign a pact on those terms?

Trump may also find that he has a bit less leverage in bilateral talks than he expects. Thanks to the WTO, most of the big remaining hurdles to world trade aren’t tariffs; they’re nontariff barriers like regulations. But countries don’t generally agree to dramatic regulatory changes that could reshape their domestic economy—like winding down state-owned companies or eliminating popular subsidies—in order to win a bilateral trade deal, the former trade official who preferred to remain anonymous told me. They’re more willing to do it in large, multilateral pacts where they stand to gain “more than access to the U.S. market,” the official said.

Consider how this might play out with Japan, which, again, seems to be one of the administration’s early candidates for a free trade agreement. Trump has said that he wants future trade agreements to deal with currency manipulation. Japan is known for keeping the value of the yen low, partly because its exporters like it that way, and partly because it has decided lately to experiment with aggressive expansionary monetary policy to boost growth. As part of TPP, it was willing to sign a legally unenforceable side agreement about currency practices. Would it really be willing to sign something more binding as part of a deal that only involves the U.S.? It seems unlikely. Perhaps Trump will try to bully them into it by threatening new tariffs, but it’s not clear Americans have any appetite for launching an all-out trade war with one of our close global allies. In the end, Trump might end up starting negotiations on a lot of trade deals. But at the moment, his strategy seems designed to ensure a lot of those negotiations fail.

In some ways, Trump’s obsession with bilateralism is also a little bit beside the point, as far as most longtime trade critics are concerned. As Wallach told me, the problem with deals like TPP, from her perspective, isn’t that they were negotiated between 12 countries at once. It was that they were negotiated mainly in secret, with U.S. officials taking advice more from corporate interests than consumers or unions. Unless that changes under Trump, she said, “It doesn’t matter if you do it with one country or 100. It’s going to be a bad deal.”