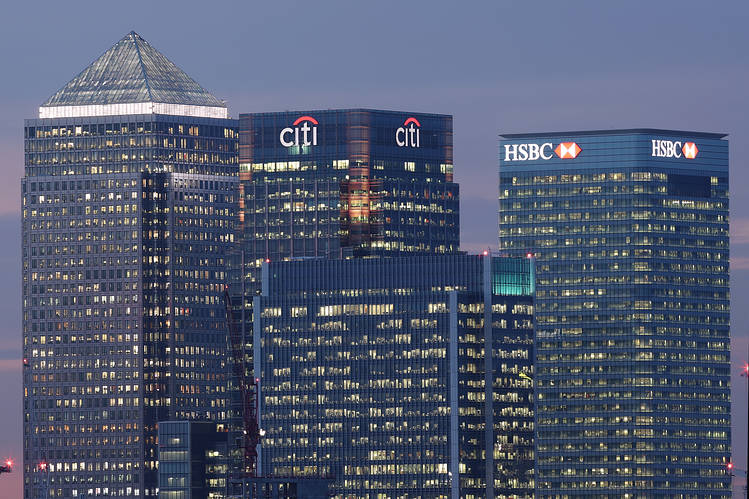 The U.K. and U.S. may seek a quick deal on financial services separate from the free trade accord the two are negotiating, a British official said.

Prime Minister Boris Johnson’s government published its aims for negotiations on Monday, setting out red lines that could make it hard to reach a full agreement. But there’s a strong desire on both sides to show quick results from the process.

While the entire FTA is likely to take years, the first round of talks will include “scoping” work, and the two sides will decide this month whether to hold parallel talks on financial services, according to the official, who asked not to be identified because the plans are private.

The U.K. wants “best-in-class” rules on financial services market access, according to objectives published by the Department for International Trade. Financial services currently make up more than 20% of U.K. services exports to the U.S.

The negotiations come at a sensitive moment for the so-called special relationship between the U.S. and U.K. Links between the two allies are under strain over a series of issues, most seriously Johnson’s decision to reject President Donald Trump’s request to ban China’s Huawei Technologies Co. from Britain’s next-generation broadband networks.

The U.K. trade plan calls on the U.S. to end tariffs on steel and to drop the punitive levies on items such as Scotch whisky introduced after the World Trade Organization’s ruling on government subsidies to Airbus SE.

It also set red lines that reflect British concerns about a deal with the Trump administration, saying the running of the National Health Service and the price it pays for medicines will not be up for discussion. No Compromise

On agriculture, where British voters have expressed concern about U.S. practices including washing chicken in chlorine, the document said: “We will not compromise on our high standards of food safety and animal welfare.” Negotiations are expected to begin this month.

“The negotiating objectives show the U.K. is going to take a pretty firm stance,” said Sam Lowe, trade expert at the Center for European Reform. “This will make getting a comprehensive trade deal done in the immediate future pretty difficult.”

The document also makes clear the limits of the trade deal. At the upper end, it anticipates tariff liberalization could save U.K. consumers as much as 222 million pounds ($283 million) a year. That works out at 8 pounds per household.

The upper boundary for impact on gross domestic product is an addition of 0.16%, with an increase in wages of 0.2%. When the U.K. published its negotiating objectives for trade talks with the European Union last week, it didn’t include economic impacts.