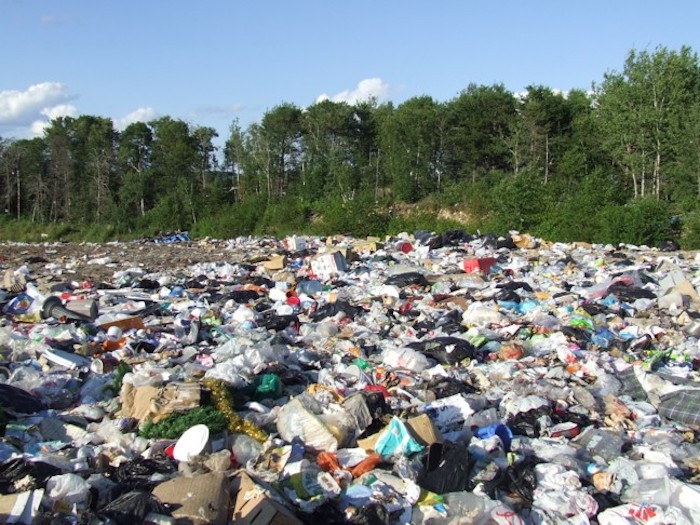 By Sharon Treat and Stuart Trew

The world is drowning in plastic. The sheer volume and variety of plastics on the market, and its persistence in nature, create significant risks for human and animal health and the survival of sensitive ecosystems.

To its credit, the Canadian government wants to start addressing the problem. Last week it released a scientific assessment of plastic pollution alongside a plan to manage it. Canada proposes regulating plastics as a toxic substance under the Canadian Environmental Protection Act, and to ban outright the manufacture and import of many single-use plastics by 2021.

Threatening a trade dispute is a common scare tactic to discourage regulation. Still, the ink was barely dry on the USMCA before the plastics lobby seized on it to raise doubts about Canada’s plastic pollution plan. Claiming the scientific assessment isn’t based on “sound science,” and that regulators didn’t use a “risk-based approach” or engage in regulatory cooperation discussions beforehand, the industry says Canada’s plan is an unlawful trade barrier and must be stopped.

The devastating consequences of global plastic pollution are so well-established and significant that the United Nations urged action under the Basel Convention on hazardous waste. As the U.N. observes, “Plastic accounts for around 10 percent of the total waste generated and constitutes approximately 90 percent of all trash floating on the ocean’s surface, with 46,000 pieces of plastic per square mile. It is nearly impossible to clean the seas from plastic waste and microplastics.” The USMCA itself requires Canada, Mexico and the U.S. to each “take measures to prevent and reduce marine litter.”

Yet the chemical lobby makes the claim not only that Canada’s proposed measures limiting plastic waste and pollution are unsupported by science, but that they would “undermine partnerships and progress against marine litter” pursuant to international commitments. Apparently, the industry is using the promise of its future voluntary cooperation to postpone or bar more effective regulatory measures now — relying on language in the USMCA to make its case.

Before the USMCA was approved by Canada, Mexico and the U.S., we warned the agreement’s regulatory cooperation provisions could provide opportunities for enhanced corporate meddling and an excuse to evade and delay regulations. A Canadian Centre for Policy Alternatives report authored by Stuart Trew found even voluntary regulatory cooperation has helped multinational business interests weaken standards for rail safety, workplace hazard labeling and chemicals risk assessment. We worried that incorporating these provisions into an enforceable trade agreement would further undermine public protections.

Our fears were well-founded. Business interests have already cited these provisions to question Mexico’s law requiring junk food warning labels. The salvo against Canada’s plastics regulation is part of an international campaign to use trade agreements to limit controls on plastic exports and regulation. The New York Times documented that many of the lobby groups behind the letter to Canada’s trade minister want to use a proposed U.S. trade agreement with Kenya to roll back the African nation’s 2017 ban on plastic bags and force Kenya to continue importing waste plastics. The story prompted a bipartisan group of 62 U.S. lawmakers to urge U.S. trade negotiators not to undermine Kenya’s policies to regulate plastic products and wastes. This trade-based corporate strategy is crucial for the fossil fuel industry, which has pivoted hard into plastics in anticipation of a sharp drop in oil demand as countries try to lower greenhouse gas emissions.

All countries need the regulatory freedom to take the plastics crisis seriously. Expansive new language in the USMCA chips away at that freedom. Regardless of whether the oil, chemicals and plastics firms would have a winnable case against Canada, the USMCA offers new tools to strip public protections. Canada and Mexico are already facing the consequences of agreeing to corporate-written deregulatory text in the USMCA. The Trump administration is using the USMCA as a template for new trade deals. Other countries, including Kenya and the United Kingdom, should steer clear of U.S. demands for new regulatory restrictions in any trade deals resulting from current negotiations.

Ultimately, these measures will blow back on the U.S. as well. Future U.S. governments looking to rein in the fossil fuel sector and strengthen environmental protections may find themselves tangled in a trade dispute of their own making.

Sharon Treat is senior attorney at the Institute for Agriculture and Trade Policy, focused on international trade agreements and their intersection with environmental, food and public health policy.

Stuart Trew is senior researcher at the Canadian Centre for Policy Alternatives, based in Ottawa, ON.