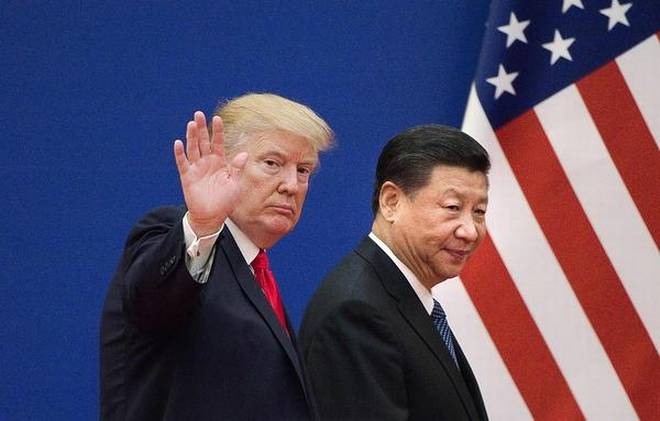 US needs China more than China needs the US

Not one to be outdone by any adversary, Donald Trump has upped the ante in a rapidly escalating trade war with China, threatening an additional $100 billion of tariffs on top of the initial round of $50 billion. In doing so, the Trump administration is failing to appreciate a crucial reality: The United States needs China more than China needs the US.

Yes, China is still an export-led economy, and the American consumer is its largest customer. But China’s export share of its gross domestic product has fallen from 37 percent in 2007 to slightly less than 20 percent today, an important outgrowth of a decade-long rebalancing. By drawing increased support from domestic demand, China is better able to withstand the pressure of tariffs and other actions that are aimed at its exporters.

Not so with the United States. The US depends heavily on China for providing the low-cost goods that enable income-constrained American consumers to make ends meet. The US also depends on China to support its own exports; next to Mexico and Canada, China is America’s third largest and by far its most rapidly growing major export market.

And, of course, the US depends on China to provide funding for its budget deficits. It is the largest foreign holder of US Treasury securities — some $1.3 trillion in direct ownership and at least another $250 billion of quasi-government paper. A lack of Chinese buying could turn the next Treasury auction into a rout.

America depends on China because of a fundamental weakness in the structure of the US economy — a profound and worrisome lack of domestic saving. In the fourth quarter of 2017, the net domestic saving rate (depreciation-adjusted saving of households, businesses and the government sector, combined) was just 1.3 percent of national income.

Lacking in savings at home, and wanting to consume and grow, the US must import surplus foreign saving from abroad – and run massive balance-of-payments and trade deficits to import this capital. In 2017, the United States had merchandise trade deficits with 102 nations!

President Donald Trump continues to single out China as the villain in the great American tragedy, when in fact he should take a careful look in the mirror.

First of all, he continues to insist that the US-China trade deficit is $500 billion, fully one-third larger than the actual figure of $375 billion published by the Commerce Department.

Second, data from the OECD and the World Trade Organization suggests at least 40 percent of this bilateral imbalance reflects supply-chain effects of components and parts that are produced outside of China but assembled inside China. That means, based on the value added of what is actually produced in China — the essence of the alleged China threat — that the 47 percent share of the US deficit ascribed to China would be reduced to around 28 percent.

Yes, this is still a big number. But it is far below the claims of President Trump and the official figures of the Commerce Department. While the international specialization of comparative advantage explains this portion, that argument doesn’t carry much weight in the political arena.

Third, Trump’s budget deficits will make America’s trade problems worse. A low-saving US economy can’t square the circle without trade deficits. With tax cuts of $1.5 trillion over the next 10 years and another $300 billion in spending increases added in by a reckless Congress in order to avert a government shutdown late last year, the net domestic saving rate is headed toward zero – or even lower – with trade deficits likely to widen sharply in response.

And that leads to the uncomfortable truth of China bashing: protectionism in the face of widening trade deficits. Courtesy of Trump tariffs, China’s deficit will now be distributed to the other 101 nations that make up America’s multilateral merchandise trade deficit. Relative to China, these are higher-cost producers, meaning the likely response to this retaliation will have the effect of taxing the very families Trump insists he is protecting.

In my 2014 book, I present estimates of the benefits of low-cost Chinese production, comparing its manufacturing compensation with that of the other top-10 sources of US imports. Chinese labor input was just $2.30 an hour while the average for foreign suppliers ranked two through 10 was about $26 per hour. Trump’s tariffs would, in effect, shift US imports toward these higher-cost producers — with huge potential consequences on the purchasing power of beleaguered American consumers.

Three things need to be addressed to avoid this nightmare:

One, communication: The exchange of views between the US and China is far too episodic — annual gatherings of the Strategic and Economic Dialogue, the Joint Commission on Commerce and Trade, as well as periodic leader-to-leader summits. A permanent secretariat, staffed by high-level experts from both sides, would be far preferable in tackling the complexity of a challenging relationship.

Two, market access: Both nations should put a high priority on breaking the 10-year logjam in negotiations of a bilateral investment treaty. For US multinationals, access to China’s rapidly expanding domestic markets is a major growth opportunity. The same is the case for China’s “going out” global investment campaign.

Three, intellectual property: The thorny issue of technology transfer — the essence of the battle over intellectual property rights — needs to be resolved. In doing so, an important distinction must be made between contractual sharing of operating systems by partners in commercially negotiated joint ventures and outright theft, coercion and cyberhacking. In today’s knowledge-based world, there can be no tolerance of these latter infractions.

In the 1930s, protectionist tariffs and a global trade war exacerbated the Great Depression and destabilized the international order. Sadly, one of the most painful lessons of modern history is now at risk of being ignored.

(Stephen Roach, a faculty member at Yale University and former chairman of Morgan Stanley Asia, is the author of “Unbalanced: The Codependency of America and China.”)