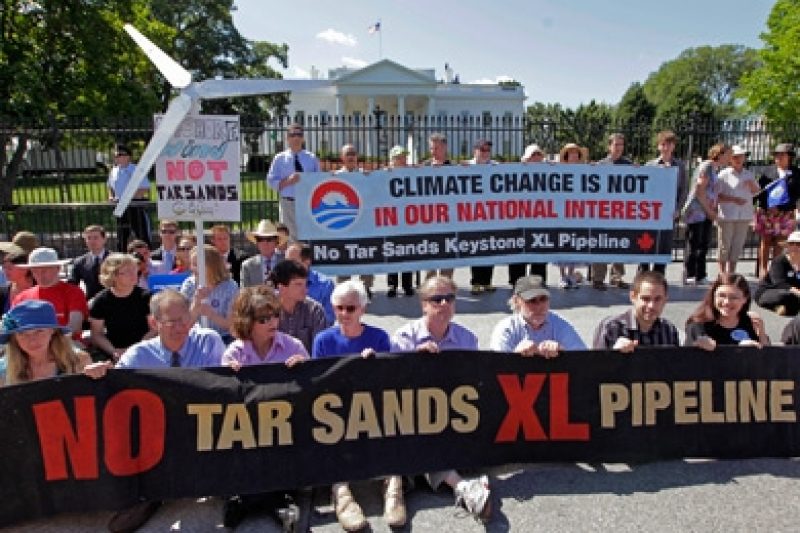 In 2016, global spending on oil and gas projects was more than double the total spent on renewables. That imbalance can be addressed only by restructuring the mechanisms, particularly existing trade treaties, that govern how energy investments are made and managed.

Solutions to the climate crisis are often associated with big conferences, and the next two weeks will no doubt bring many “answers.” Some 20,000 delegates have now descended on Bonn, Germany, for the latest round of United Nations climate change talks.

The talks in Bonn should focus on the implementation of the Paris climate agreement. And the path forward is clear. The only way to keep the rise in global temperatures within the limit set in Paris – “well below 2°C” higher than pre-industrial levels – is to shift capital away from fossil fuels and toward zero-carbon projects. To do that, we must change how global energy investments are governed.

At the moment, the very governments leading the fight against climate change continue to support and protect investment in fossil-fuel exploration, extraction, and transportation. Rather than investing in efficient housing, zero-carbon mobility, renewable energy, and better land-use systems, these governments say one thing but still do another.

According to the most recent World Energy Investment report from the International Energy Agency, global expenditure in the oil and gas sector totalled $649 billion in 2016. That was more than double the $297 billion invested in renewable electricity generation, even though achieving the Paris agreement’s target implies leaving at least three quarters of known fossil-fuel reserves in the ground.

As these numbers suggest, institutional inertia and entrenched industry interests continue to stand in the way of shifting investment into sustainable energy.

Much of the problem can be traced to bilateral investment treaties and investment rules embedded within broader trade pacts, such as the North American Free Trade Agreement (NAFTA), the Energy Charter Treaty, and the EU-Canada Comprehensive Economic and Trade Agreement (CETA). Because these treaties were designed to shield foreign investors from expropriation, they include investor-state dispute settlement (ISDS) mechanisms that allow investors to seek compensation from governments, via international arbitration tribunals, if policy changes affect their business.

This has handcuffed governments seeking to limit fossil-fuel extraction. Compensation from ISDS cases can be staggering. In 2012, an American investor filed a lawsuit against the Quebec government’s decision to deny a permit for hydraulic fracturing under the Saint Lawrence River. Arguing that the denial was “arbitrary, capricious, and illegal” under NAFTA, the Delaware-based energy firm sought $250 million in damages.

In January 2016, the TransCanada energy company used NAFTA to sue the United States, claiming $15 billion in losses after President Barack Obama denied a permit for the Keystone XL oil pipeline. (The company suspended its suit after President Donald Trump approved the project in January 2017).

And in July 2017, Quebec agreed to pay nearly $50 million in compensation to companies after cancelling oil and gas exploration contracts on Anticosti Island in the Gulf of Saint Lawrence. These and other payments are in addition to the hundreds of billions of dollars in subsidies that continue to flow to the fossil-fuel industry.

Big payouts do more than drain public coffers; the mere threat of them discourages governments from pursuing more ambitious climate policies, owing to fear that carbon-dependent industries could challenge them in international tribunals.

Fortunately, this state of affairs is not set in stone. Many governments now see reform of the investment regime not just as a possibility, but as a necessity. Last month, the UN Conference on Trade and Development convened a high-level meeting in Geneva, with the goal of developing options for comprehensive reform of the investment regime, including the renegotiation or termination of some 3,000 outdated treaties.

Governments should start by overhauling or exiting the Energy Charter Treaty, the world’s only energy-specific investment pact. The ECT’s investment protections and lack of climate provisions are no longer appropriate. Since its inception, the ECT has served as the basis for more than 100 claims by energy firms against host countries, with some challenging national environmental policies, such as the nuclear phase-out in Germany. Russia and Italy have already withdrawn from the ECT; other countries should do the same or commit to renegotiating it.

Moreover, countries should put climate concerns at the centre of their trade and investment negotiations, such as by carving out fossil-fuel projects from investment clauses. That is essentially what France recently proposed, when ecology minister Nicolas Hulot announced his country’s intention to enact a “climate veto” to CETA.

Hulot said France would ratify the treaty only if it contained assurances that its climate commitments could not be challenged before arbitration tribunals. Fossil-fuel projects could also be exempted from investment protection in new environmental treaties, such as the Global Pact for the Environment presented by French President Emmanuel Macron to the UN General Assembly in September.

Rebalancing the global investment regime is only the first step toward a zero-carbon economy. To shift capital from fossil-fuel heavy initiatives to green energy projects, countries will need new legal and policy frameworks at the regional, national, and international levels. These agreements should promote and facilitate zero-carbon investments. Big meetings like the one getting underway this week and the Paris Climate Summit next month can kick-start these conversations.

Nathalie Bernasconi-Osterwalder is director of the Economic Law and Policy Program at the International Institute for Sustainable Development (IISD).