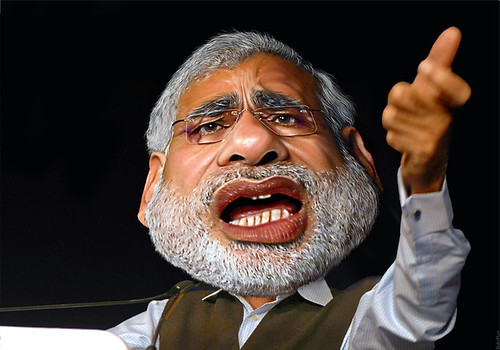 Why Modi govt’s FTA policy for India must turn to ‘natural allies’ US, UK and Europe now By V.K. Saraswat, Prachi Priya and Aniruddha

With world governments increasingly resetting their approach to trade agreements in the midst of the coronavirus pandemic, the Narendra Modi government is also proactively stepping up its efforts to rejig India’s trade relations with the rest of the world by overhauling its Free Trade Agreement or FTA strategy. This comprises review and re-negotiation of the existing FTAs with ASEAN, Japan and Korea, and at the same time, forging enhanced trade alliances with the European Union, UK, US and Australia.

In a previous article in ThePrint, we emphasised that advocating for self-reliance under Aatmanirbhar Bharat should not be interpreted as a reversion to protectionism. Addressing the 75th session of the United Nations General Assembly (UNGA), Prime Minister Modi further championed the cause of Aatmanirbhar Bharat in making India a force-multiplier for the global economy. The government has identified 27 champion sectors that can be globally competitive with the help of initial hand-holding. However, in sectors/industries where domestic capability has been lacking, the dependence on good quality and competitive imports is inevitable. It is here where the role of FTAs come in.

Changing FTAs Modern FTAs have gradually increased their coverage from just goods and services to a deeper range of policy areas such as that of intellectual property rights (IPR), data localisation, climate investment, etc. While discussing a recently launched Handbook of Deep Trade Agreements, World Bank economists offered a pessimistic outlook for trade agreements amidst deepening global fault lines. However, there is some hope too. The new UK-Japan FTA is one example. Despite sharp differences on the role of state supportin selective sectors, the negotiators have managed to come together for an in-principle agreement on the rules of trade between the two economic powers.

Crafting India’s strategy India’s export basket mix comprises a diverse mix of petroleum products (13 per cent), agriculture and allied (11 per cent), chemicals (15 per cent), engineering goods (24 per cent), gems and jewellery (12 per cent) and textiles and ready-made garments (11 per cent).

It is noteworthy that India has forged major free trade alliances with Asian countries (ASEAN, Japan and Korea) around FY10. Despite that, the share of these markets in India’s exports has dropped in the past decade — from 51 per cent to 46 per cent. While over the same period, the share of traditional markets like the US and Europe in our exports has increased — from 38 per cent to 43 per cent — despite not having FTA with any of the countries in the region.

A major reason India has not lost out on its traditional markets like the US and the EU is the number of trade complementarities with these partner countries. For example, the US’ major imports from the world comprise of machinery, mineral fuels, pharmaceuticals, organic chemicals, gems and jewellery, furniture etc., which are also India’s top export items.

But in this heightened backdrop of most nations being cautious of their trade strategy, India’s focus needs to be on deep bilateral FTAs with trade partners where maximum trade complementarities exist, especially the US and the EU. For the US, our untapped export potential as a percentage of the current exports is around 60 per cent, while for the EU, the number is a staggering 90 per cent.

There are a number of issues that need to be considered in India’s approach to FTAs and trade agreements, in general.

Safeguard domestic interests First, there has been a string of learnings from the experience of our previous FTAs. In 2018, a NITI Aayog note on FTAs had pointed to incommensurate and widening trade deficits India had piled up because of FTAs with ASEAN, Japan and Korea. Importantly, the deficit had also widened for India’s dominant value-added sectors reflecting a deteriorated quality of India’s trade with its FTA partners.

The new rules came into effect on 21 September 2020. The Customs (Administration of Rules of Origin under Trade Agreements) Rules, 2020 or CAROTAR 2020, have now made it incumbent on the importer to collect sufficient information/documents to convince the authorities that rules of origin criteria for the imports have been met in order to get preferential tariff. The authorities, if not satisfied, will have the power to cancel the preferential tariff or send the information provided for further verification. These measures are expected to keep a check on dumping of imports to some extent, deter circumvention and re-routing of goods under FTAs.

While this is a good measure, our future FTA negotiation strategy and tariff schedules need to be completely aligned with the Aatmanirbhar Bharat strategy for scaling up the champion sectors. This does not imply complete protection for these industries, but a phase-wise reduction of import tariffs over years under the FTA in order for them to completely integrate with global value chains (GVCs).

Second, it is also imperative that we strengthen the safeguard clauses within existing FTAs under review as well as in the new ones. Safeguard clauses need to be designed in a way that the domestic industry gets protection in case of material injury well within time. A delay often leads to irreparable domestic damage. A clause on provisional safeguard measures should also be introduced under FTAs so that import threats can be effectively dealt with. Within the FTA, provision should be made for safeguard measures to be invoked if a volume or price trigger for the concerned products is reached. These clauses could be introduced on the lines of clauses in some of EU’s FTAs with the rest of the world.

Fill China void, and go bilateral Third, the post-Covid world trade order will most likely be influenced by geo-political decisions. Many countries are now wary of China and may strategically align themselves with other trade partners for import sourcing. India has a fine opportunity here and should fill the void by scaling up its champion sectors with immediate urgency. India can pick up cues from Vietnam and Bangladesh who are doing exceedingly well as alternative destinations for companies moving their production away from China. Existing and newly signed FTAs should factor in this trend and allow for some economic concessions in lieu of strategic goals. Policy choices often involve tradeoffs between the economic and the political, and choosing the right tradeoff is key.

Fourth, India may like to focus more on bilateral trade agreements compared to multilateral agreements. The Regional Comprehensive Economic Partnership (RCEP) negotiations have made India learn it the hard way. India’s last-minute decision to pull out from the RCEP in 2019 was driven by the industry’s clarion call to the Modi government. In hindsight, the decision was a sensible one given China’s dominance in the trade pact and India’s reluctance to open its domestic market to the Chinese producers who are known for subsidisation and dumping practices.

Pick and choose partners carefully Fifth, it is imperative for India to now carefully choose its new FTA partners. While the focus should be on countries with maximum trade complementarities, which makes the EU, UK and US natural allies, one should note that these countries are tough negotiators. The India-EU FTA has been lying in limbo since 2007 due to the lack of consensus on sectors such as automobiles, alcoholic beverages, dairy and fishery, IPR and Mode 1 (ITES/BPO) and Mode 3 (skilled professional) services. While Commerce and Industry Minister Piyush Goyal is hopeful for India’s limited scope trade deal with the US post the US presidential elections, a full-fledged FTA with America is a distant possibility unless conflict areas such as pharma, data security, and agriculture are sorted. However greater cooperation in new areas like artificial intelligence, green technology, digital, medical devices should lead to a more balanced outcome. The US is known to be a tough negotiator, as it has been seen recently.

The domestic industry, on the other hand, needs to understand that India’s decision to walk out of the RCEP and PM Modi’s call for self-reliance does not imply blanket and unlimited protection. For the industry to grow and become globally competitive, integration into the global value chain is inevitable. However, this requires pragmatism while choosing trade partners for opening up domestic markets, especially China, which is known for its unfair trade practices. Ultimately, all trade deals are a game of ‘win some, lose some’ and a balanced outcome is what all trade partners should be looking for.