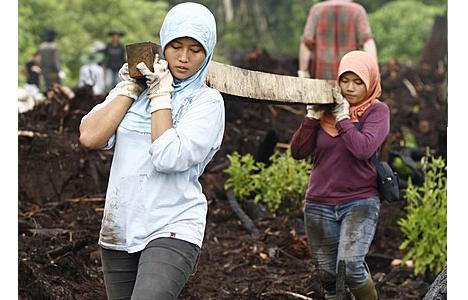 Since January this year the ASEAN-China Free Trade Agreement (ACFTA) has effectively worked to eliminate tariffs. The tariff elimination began in 2005 with a gradual decrease in duties, and on Jan.1, 2010 (for ASEAN 6 countries, 2015 for the other members), tariffs were all but eliminated for ASEAN products entering China and vice versa, except for several sensitive products on which duties are still imposed. With the elimination of tariffs, exports will hopefully receive a boost on both sides.

The ASEAN Secretariat simulated that this agreement will increase ASEAN’s export to China by 48 percent and China’s export to ASEAN countries by 55.1 percent.

But many people in Indonesia are pessimistic about the benefits of the agreement, especially in regards to manufactured products. On the other hand, many agricultural product stakeholders are optimistic that this free trade agreement will boost Indonesia’s agricultural export to China. But will it be the case?

China is an important market for these four products. It is the Indonesia’s largest export market destination for wood pulp which comprises 53 percent of total exports of that product, second largest mar-ket for palm oil with 13 percent of total exports and third largest market for natural rubber and oil palm kernel with 12 and 17 percent respectively.

The tariff elimination will decrease the price paid by Chinese consumers of these products and will eventually increase import demand, benefiting the exporting countries. This scenario will happen with the assumption that other competing countries did not experience tariff elimination. Once again, will it be the case? Let’s analyze the four products mentioned before.

The competitor in palm oil and oil palm kernel exports is Malaysia; meanwhile for natural rubber eight out of 10 ASEAN countries (excluding Singapore and Brunei) export the same product to China, the largest being Thailand followed by Malaysia.

Only wood pulp exports are not challenged by a competitor in the ASEAN region. With most major competitors being ASEAN members, tariff elimination will have no effect since all ASEAN countries experienced the tariff reduction.

On the other hand, tariff elimination will affect substitute products for products imported from ASEAN countries.

For example, elimination of tariffs on palm and oil palm kernel will make these products more competitive against substitute products such as soybean and rapeseed oil, which is not produced by ASEAN countries.

Also the tariff elimination for natural rubber will make the product more competitive against synthetic rubber in the Chinese market. This will hopefully increase China’s total import of these products from ASEAN countries.

Therefore, the tariff elimination will not automatically boost Indonesia’s agricultural export but as an entry point to increase its market share in China’s market. In order to achieve that, the government and business sectors must actively promote Indonesia’s products in China.

Only then can Indonesia compete with other ASEAN members to grab the increase in imports on the back of tariff elimination in China.

The writer is currently a PhD student at the University of Tokyo and lecturer at the Department of Agribusiness, Faculty of Economics and Management, Bogor Agricultural University