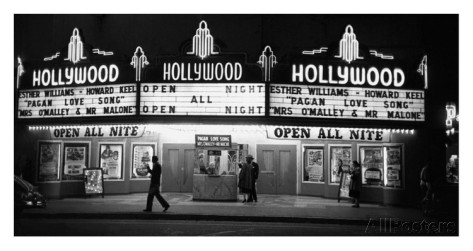 As far as secret, corporate-driven trade agreements go, the Trans-Pacific Partnership (TPP) is a particularly terrible deal for users, not least because it empowers Hollywood and other big publishers at the expense of everyone else. But there seems to be a glimmer of hope that one critical part of it could be improved. Some tech companies and policymakers are lobbying hard to increase the flexibility of the TPP’s language on exceptions and limitations to copyright. According to reports, lobbyists representing companies like Google and other members of the Internet Association and lawmakers like Sen. Ron Wyden have been working behind the scenes to pressure the U.S. Trade Representative (USTR) to reopen the text for amendment.

The USTR first introduced copyright exceptions and limitations language in the TPP in 2012. At that time we called out the proposal as being too weak, noting that it could actually restrict rather than encourage the broader adoption of fair use around the world. A few years and more than a dozen negotiation rounds later, we’ve been proved right. The provisions that U.S. trade officials first lauded as a huge step towards bringing balance to its copyright proposals will in fact do little to promote new safeguards for user rights.

First, according to the most recently leaked text, the provision is merely a suggestion that TPP nations’ copyright rules should balance the needs of rightsholders and the public interest. The language says that countries only "shall endeavor" to achieve a balance in their copyright rules. In every other part of the agreement, countries are actually required to adopt certain rules, or at least provide for the passage of stricter copyright rules.

Second, the framework for nations to be able to enact new user rights in copyrighted work—such as for security research, accessibility, or remixing—is very restrictive. It uses a framework called the three-step test [.pdf]. That test is often used in international copyright agreements and has consistently limited the creation of new usage rights of copyrighted works. Through the TPP, the three-step test could undermine efforts to enact fair use in all the other 11 TPP countries.

As of last month, it seemed that all of the TPP countries had agreed to this language. In late July, however, tech companies’ renewed pressure seemed to have changed the game. The USTR offered to go back in and revise these provisions ahead of the last negotiation round. According to a spokesperson for the U.S. Chamber of Commerce, in exchange for support for the controversial Fast Track legislation, the USTR promised to make the TPP’s exceptions and limitations language more permissive and be a requirement, rather than being purely a suggestion, for all TPP countries.

That’s when Hollywood began to throw a fit.

According to Inside U.S. Trade, rightsholder groups like the Motion Picture Association of America (MPAA) are "livid" about the USTR’s move to revisit the language on exceptions and limitations. They’re pushing back hard, urging members of Congress—including every House member from California—to pressure the USTR not to touch these closed provisions. Why? Probably not because revisiting the language will actually cause any real harm to creators. The more likely explanation is that the copyright maximalists are worried that their tight grip over the USTR is slipping.

The big media lobbyists’ theatrics over this minor amendment are embarrassing, but they do raise one important issue: our trade negotiators are a lot less interested in the needs of ordinary users and creators than the needs of powerful companies. Why else was a last-minute intervention by Google sufficient to bring the USTR back to the negotiating table on this topic, where the sustained interventions of EFF and 10 other major public interest groups from around the world were not?

That said, we’re glad that the tech companies are doing what they can to improve the text in a way that will help protect and empower users. What they’re advocating for is completely reasonable language that would enable people to use and modify copyrighted works and content in ways that don’t harm the commercial interests of the copyright holders. Of course tech policy should not be driven by competing powerful corporate interests—but in the absence of legitimate, transparent, public-interest policymaking, the tech industry’s challenge to big copyright’s control over U.S. trade policy is a welcome change. At the very least, it forces officials to question the prerogatives of entrenched legacy industries.

Hollywood groups, for their part, are behaving like spoiled children: if they don’t get exactly what they want, they’ll whine to policymakers until they do. Ironically enough their complaints may actually undermine their own long-term interests. After all, creative artists of all kinds depend on fair use to make new works—from blockbuster pictures to music to fiction.

The USTR and Members of Congress ought to wake up to Hollywood’s antics. Innovation, creativity, and free speech depend on limitations and exceptions like fair use. Making those exceptions and limitations as strong as possible benefits everyone, including Hollywood.