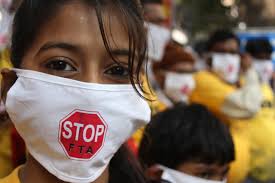 With renewed focus on US, EU and UK, India looks to reset FTAs, exit fruitless deals

India is eyeing a major reset of its free trade agreements, including exiting those that have brought few tangible benefits to the country and have instead hurt domestic industry, government officials said.

“All options are on the table… There is a view that if any trade agreement has not worked out as expected, we should also look at exiting such a deal,” one official said, adding that a final call on the future strategy for such arrangements would be taken at the highest level. Most trading arrangements have a clause for a review or exit.

There is renewed focus on trade deals with the US, the European Union and the UK, which are key markets for Indian exporters and are keen to diversify their sourcing.

India opted out of the Regional Comprehensive Economic Partnership deal in November and the trading arrangement with the 15-member grouping that includes China remains off the table for now, another official said.

India could seek a review of some trading agreements including renegotiating tariffs on some items and a tightening of provisions governing country-of-origin certification.

The government has set up four working groups to assess the trade agreements holistically and frame a fresh strategy for them, taking into account the geo-political changes following the Covid-19 outbreak, which will spur investments into the country and boost exports, another official told ET.

These inter-ministerial groups that include the finance, commerce & industry and external affairs ministries will chalk out a comprehensive plan.

There has been a growing view among policymakers that FTAs signed by India have not brought the expected tangible benefits and on the contrary, have hurt the country’s manufacturing sector due to liberal rules of origin.

A detailed assessment of FTAs in terms of goods, services and investment flows has been carried out both by the commerce department and the economic division of the finance ministry.