ACTA and TPP: The new enemies of the World Wide Web
9-Feb-2012 Telepresence Options
The Anti-Counterfeiting Trade Agreement (ACTA) and Trans-Pacific Partnership Agreement (TPP) are essentially an alteration to SOPA and PIPA for the rest of the world. 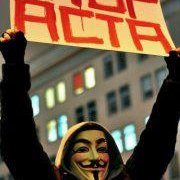 ACTA protests lead EU Governments to suspend endorsement of the text
7-Feb-2012 Out-Law.com
Poland, Slovakia and the Czech Republic have announced that they will delay their endorsement of a controversial trade agreement following a tide of public protest.
ISPs targeted in Pacific trade agreement
13-May-2011
Representatives from Australia’s internet industry have called for full disclosure of a proposed free trade agreement between the United States and its allies in the Pacific, concerned that the deal asks ISPs to shoulder onerous burdens around copyright infringement. 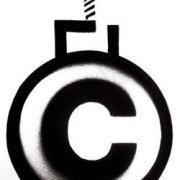 Anti-counterfeiting trade pact ‘99 percent’ complete
7-Oct-2010 ICTSD
Talks on a controversial “Anti-Counterfeiting Trade Agreement” are very nearly complete, following what participating nations described as the “final” round of negotiations in Tokyo last week.
Treaty negotiators turn to “ACTA lite” in hopes of closure
8-Sep-2010 IP Watch
Everyone you ask this week about the Anti-Counterfeiting Agreement (ACTA) tells you that they’re just about to work their way through the new draft version to understand the implications of changes made during the recent negotiation round in Washington, DC. Massive changes to the text have been revealed by yet another leak of the draft treaty text being negotiated by 10 countries and the EU 27 member states.

Q & ACTA, with Michael Geist
14-Apr-2010 iTnews
With the Wellington round of the controversial Anti-Counterfeiting Trade Agreement (ACTA) talks underway, organised opposition to the proposed treaty on intellectual property rights and enforcement is also gathering in the New Zealand capital. A brief chat with a global expert on the ACTA treaty.
ACTA not linked to free-trade agreement, say officials
14-Apr-2010 ComputerWorld
Officials negotiating New Zealand’s position on the Anti-Counterfeiting Trade Agreement (ACTA) intellectual-property treaty say they have no perspective on the separate negotiations over the Trans-Pacific Partnership trade agreement. Nor would they be involved in any trade-off of ACTA concessions against broader free-trading rights.
FFII calls to remove IP chapter from EU-Korea free trade agreement
10-Jan-2010
The Foundation for a Free Information Infrastructure (FFII) calls upon the EU Parliament and member states to remove the intellectual property rights chapter from the EU - Korea Free Trade Agreement. 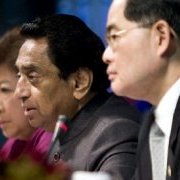