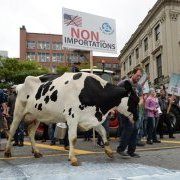 Why Canada should get out of NAFTA – while it still can
18-Sep-2018 People’s World
Instead of NAFTA, we need a trade policy that is multi-lateral and mutually-beneficial with countries around the world. 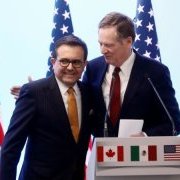 Mexico prepared to do a trade deal without Canada, official tweets
14-Sep-2018 iPolitics
Mexico is prepared to move ahead with an updated version of the North American Free Trade Agreement that does not include Canada if Ottawa and Washington cannot resolve their differences.

Canada ready to allow US dairy access in NAFTA talks: sources
12-Sep-2018 Reuters
Canada is ready to offer the United States limited access to the Canadian dairy market as a concession in negotiations to rework the North American Free Trade Agreement. 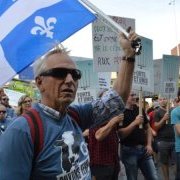 Freeland to head back to Washington Tuesday for high-level NAFTA negotiations
11-Sep-2018 The Globe and Mail
The two sides have so far been unable to break an impasse over, among other issues, US access to the Canadian dairy market, a cultural exemption for Canada and the Chapter 19 dispute resolution mechanism.

NAFTA end game: the predictable and perilous trade-offs facing Canada
10-Sep-2018 Behind the Numbers
Canada has been under intense pressure to make irreversible concessions affecting a broad range of issues.

Mexico wants steel dispute ended before new NAFTA signed: minister
7-Sep-2018 Reuters
Mexico wants to end to a tariff dispute over steel and aluminum with the United States prior to signing off on the reworked trade agreement.

Dairy farmers protest as NAFTA talks continue
7-Sep-2018 iPolitics
Some 300 farmers from across Canada took to the streets of Montreal to demand the Trudeau government make good on its promise to defend supply management. 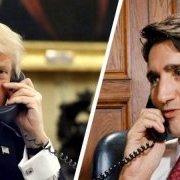 Canada won’t compromise on culture, dispute resolution in NAFTA talks: Trudeau
5-Sep-2018 The Globe and Mail
Trudeau said Canadians will not sign onto a deal that does not include a dispute resolution mechanism and exemptions for cultural industries. 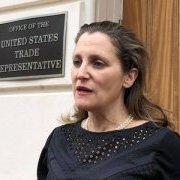 US to move ahead with Mexico trade pact, keep talking to Canada
1-Sep-2018 Reuters
US-Canada trade talks ended with no deal to revamp NAFTA, and President Donald Trump notified Congress of his intent to sign a bilateral trade pact with Mexico.

Friday isn’t the real deadline for ‘NAFTA 2.0’
31-Aug-2018 Washington Post
Trump’s push to get a deal with Canada is a negotiating tactic and attempt to move something before the new Mexican president takes office. 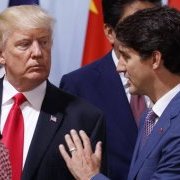 Nafta betrayal points to bleak future for US-Canada relationship
30-Aug-2018 The Guardian
Canadians feel stabbed in the back by Mexico after it agreed a separate trade deal with Trump. 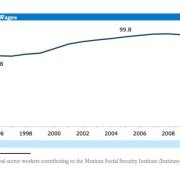 Trump’s trade deal with Mexico gives workers more rights than NAFTA. But there’s a catch
30-Aug-2018 Vox
When NAFTA was signed, it included labor protections for workers in all three countries. But labor complaints filed through the NAFTA labor dispute process have led nowhere. 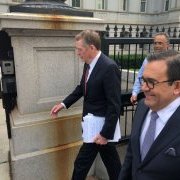 Statement on NAFTA’s “Kafkaesque” turn
29-Aug-2018 Institute for Public Accuracy
Not only the negotiations have not been finalized, and without Canada, but the texts remain hidden from the public. 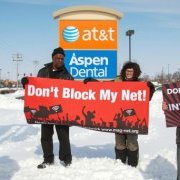