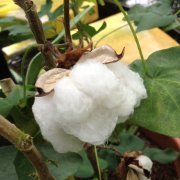 US, Sri Lanka sign trade and investment agreement to boost bilateral trade
16-Oct-2014 Colombo Page
Sri Lanka and the United States inked a joint trade and investment agreement on Wednesday in Colombo.
Pakistan sore at Indian auto invasion in Lanka
14-Oct-2014
The Pakistan Automotive Manufacturers Association (PAMA) has urged the Pakistan government to put automobiles and auto parts in the negative list of the Free Trade Agreement (FTA) with Sri Lanka to safeguard Pakistani manufacturers against the entry of cheaper Indian products manufactured in Lanka.
Sri Lanka, Bangladesh plan Free Trade Agreement
24-Sep-2014 Xinhua
Sri Lanka and Bangladesh have begun exploring the possibility of a Free Trade Agreement (FTA) between the two countries, the Industries and Commerce Ministry said in a statement on Tuesday.
Sri Lanka-China to negotiate on FTA during Chinese President’s visit
16-Sep-2014 Colombo Page
During Chinese President Xi Jinping’s visit to the island this week, the two sides will launch negotiations on a China-Sri Lanka free trade agreement.
Sri Lanka to focus on increasing trade and investment with China
20-Aug-2014 Xinhua
Sri Lanka will focus on increasing trade and investment with China as well as broadening the scope of a proposed Free Trade Agreement (FTA), a top official said on Tuesday.

Trade talks for first TA with surging ‘Nam on the cards
8-Aug-2014 Asian Tribune
The possibility of a first ever official trade agreement with one of the most discerning Asian suppliers to Sri Lanka has edged closer to reality.
Sri Lanka-China FTA feasibility study completed
21-Mar-2014 Global Times
Sri Lanka and China have completed the joint feasibility study for establishing a free trade agreement between the two countries and will push ahead with signing it before the end of the year, a statement from the Finance Ministry said on Thursday.
0 | ... | 40 | 50 | 60 | 70 | 80 | 90 | 100 | 110 | 120 | ... | 180
Subscribe to bilaterals.org weekly